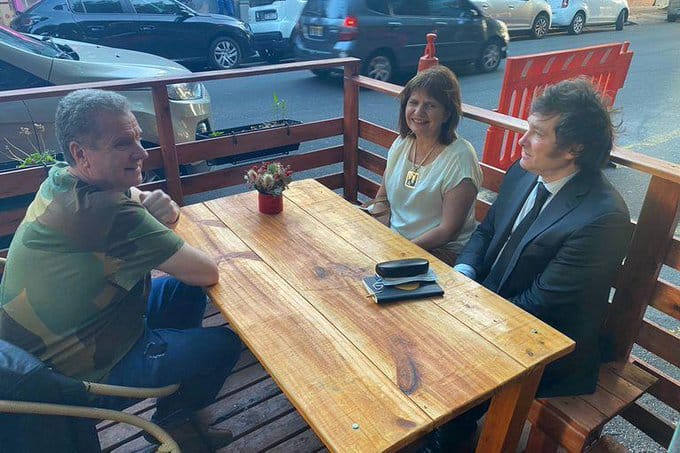 Months after the National Board of Together for Change decided to strongly distance itself from the figure of Javier Milei —before versions of a possible alliance— and pointed out that the libertarian referent was seeking to break the unity of the political space, Patricia Bullrich took up the idea of a possible association with the libertarian national deputy at the provincial and municipal levels in the next elections scheduled for 2023.

The president of the PRO, then, indicated today during a tour of Bahía Blanca that it is “interesting” to explore links with Milei (La Libertad Avanza) and José Luis Espert (Avanza Libertad) at a “subnational” level.

Bullrich manifested himself in the framework of a press conference that he offered in the city of Buenos Aires after an activity that he shared with the mayor Héctor Gay, his pair of Captain Sarmiento, Javier Iguacel and the national deputy Gerardo Milman.

There, when asked about conversations that Together for Change could hold with the so-called libertarian spaces, Bullrich indicated that, at the “national level”, the main opposition coalition “will have its own candidates” in the 2023 elections, but did not rule out the formation of alliances “at the local level”, specified the agency Telam.

In this sense and with a view to the next votes, the former minister assured that in the opposition coalition at the national level they are “prioritizing the construction of the conception, of the ideas and of the program of the districts.” “We want to put the ideas, the conception first, and later the candidacies” in view of next year’s elections, emphasized the head of the PRO.

It is worth noting that Bullrich, in recent months, emphasized her position of being a candidate for President of the Nation in the 2023 elections. “I want to take charge now,” she was able to point out weeks ago during a television interview.

Patricia Bullrich acknowledged that she has a government program for 2023: “I want to take charge now”

The National Board of Together for Change had harshly questioned Milei at the end of May and somehow closed the doors to her joining the coalition. Bullrich, then, exposed a counterpoint after that meeting: “I do not think that the ‘no’ is a good strategy for JxC”.

“Milei never asked to join Together for Change or to be a part, so we are discussing something abstract and it does not seem reasonable to me to discuss it that way,” the PRO president clarified in statements to the radio. Continental for those days.

“In the meeting there were some issues that need to be discussed better. This topic — about Milei, he said at the time — was not on my agenda, it had not been previously discussed by the parties. I arrived at the meeting late and the decision was made. I think that at this time we have to consider our positions regarding Argentine politics and I don’t think that this is not a good strategy for Together for Change. Yesterday I tried to discuss it, but the issue had already been discussed. From my point of view, in a way that is still not clear, ”Bullrich said at that time during a kind of defense of the libertarian national deputy. 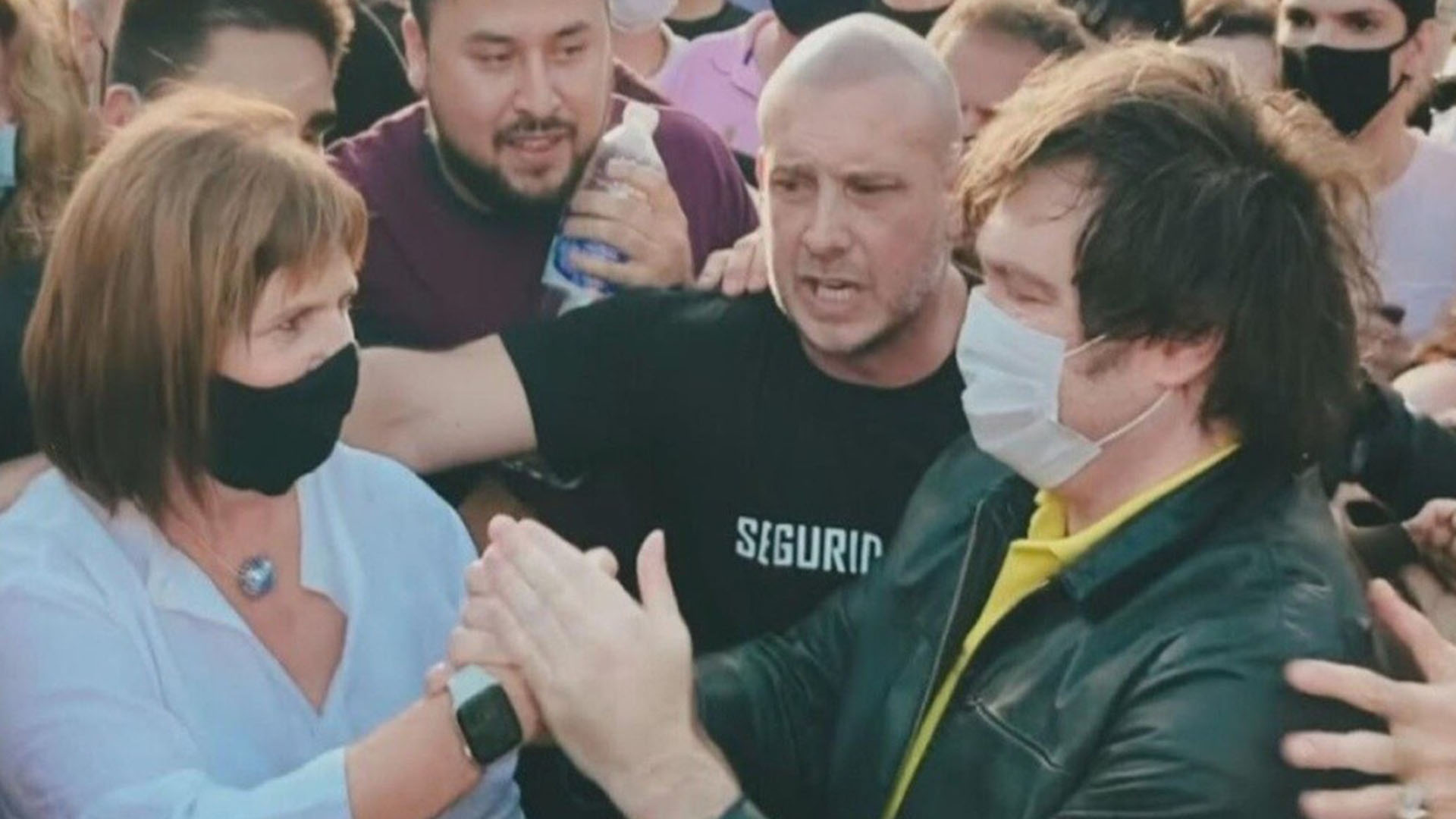 Bullrich and Milei greet each other some time ago (@JMilei/File)

This Tuesday, when referring to the policy of alliances of Together for Change for 2023, Bullrich indicated that, in the last elections in the province of Buenos Aires, Together for Change “won by a point and a half, then the division it doesn’t suit us.”

“Ultimately, these are decisions that the districts will make and in many places they are working together and in others they are not, but when you think about it in subnational terms it could be an interesting meeting,” said the former minister.

As part of her visit to the Sixth Electoral Section, the leader visited the city of Tres Arroyos, where she toured the industrial park and the downtown streets, to later meet with local leaders. She then traveled to Bahía Blanca where she held a working meeting with Mayor Héctor Gay, she toured the city center, contacted neighbors and then led a meeting with mayors and legislators from Together of the Sixth Electoral Section .