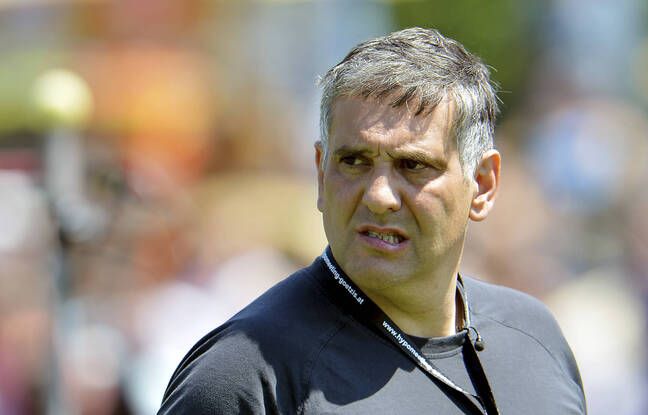 The penalty fell. Toni Minichiello, one of Britain’s leading athletics coaches, has been banned for life by the British Federation (UKA) after an internal investigation concluded that he had engaged in long-standing “inappropriate sexual behavior” towards several athletes, the federation announced on Tuesday.

Minichiello, who was notably the coach de Jessica Ennis-Hill during his heptathlon title at the 2012 Olympic Games in London, also had “sometimes aggressive” gestures and behaviors that amounted to “moral harassment” towards athletes, according to the conclusions of this investigation.

“I firmly deny all the charges against me,” the 56-year-old coach reacted in a statement late Tuesday afternoon.

The identity of the athletes who were victims of Minichiello was not revealed by the report of the federation. According to the Guardian and the Daily Telegraph, Ennis-Hill would not be among them. She has not yet reacted publicly after the sanction of her former coach.

Minichiello had been suspended a year ago pending the results of the federation’s investigation. It concluded that he had “repeatedly violated the terms of his license, over a period exceeding 15 years”, citing a “serious breach of trust”.

The health of athletes at stake

“I have been a coach for over thirty years and although I have been tough and demanding, I have never behaved inappropriately towards any of my athletes,” insisted the coach.

While his license expired during his suspension, the UKA is “convinced” that there will “never again” be the possibility of granting another one to Toni Minichiello. Also any new request will be rejected “in perpetuity”. The British federation “considers that the subject and the results of the investigation are of the utmost seriousness”, with “major repercussions on the health and mental well-being of the athletes under his care”, is it still written.

The coach questions the investigation

For his part, Minichiello claimed that justice “has failed to prosecute” with the evidence available against him. “One of the most serious accusations took place while I was in a different country from the person who accused me,” he assured.

“It is very important that the federation responds quickly to allegations of misconduct, especially when they are made by young athletes. However, these investigations must be carried out carefully in accordance with due process. I do not believe that I have been treated fairly in this case,” he concluded.