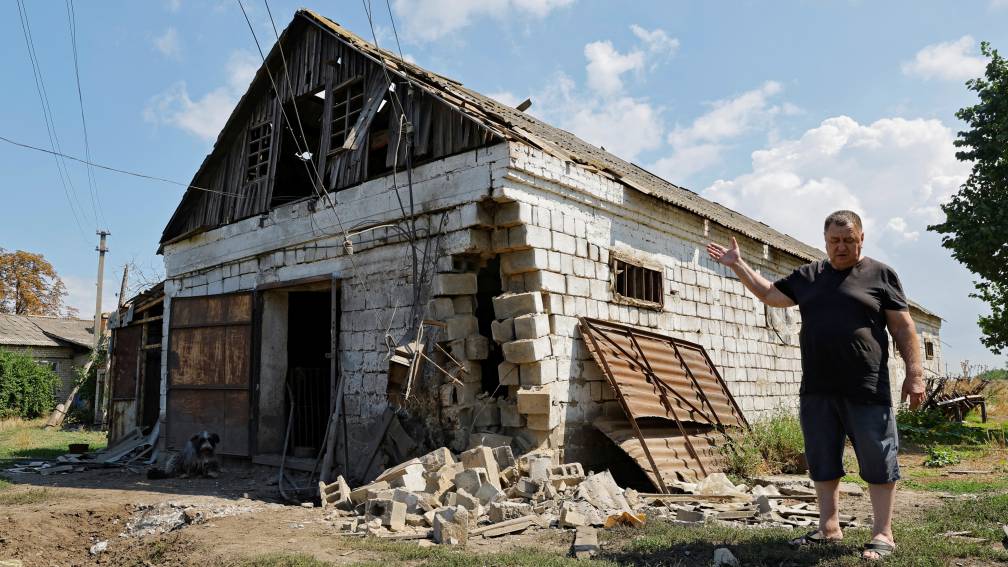 The pro-Russian administration of the Ukrainian region of Zaporizhzhya wants to organize a referendum on joining Russia in a few weeks. According to the Russian state news agency Ria Novosti, the administration today signed a decree that should make such a plebiscite possible.

The southern part of the Zaporizhzhya region, including the city of Melitopol and the Zaporizhzhya nuclear power plant, has been in the hands of the Russians for months. Pro-Russian military administrators rule it out. It has been known for some time that they are out for annexation by Russia, but it is the first time that they have made a concrete commitment to this.

In a statement, the officials say they are “one people” with Russia. The Zaporizhzhya administration is expected to organize the referendum on the same day as the Moscow municipal elections, on September 11, although that has not yet been officially confirmed by the authorities.

Yesterday, Ukrainian President Zelensky warned about the referendums that Russia is planning to organize. “If the occupiers continue to organize pseudo-referenda, they can forget about talks with Ukraine and the free world,” he said.

Zelensky reiterated in a video speech that Ukraine will not cede territory to Russia. “We will not give up anything that is ours.”

A Kremlin spokesperson said today in response to Zelensky’s words that the Ukrainian president is not about organizing referendums in the areas occupied by Russia. “We have to turn to the residents and ask them why they don’t want to be part of Ukraine anymore.”

“Russia has been ‘Russifying’ the regions occupied by Russian troops for some time. For example, by replacing the local government with pro-Russian administrators, but also by handing out Russian passports or by forcing residents to Buy a Russian SIM card for their phone, and the Russian ruble will be introduced locally. A referendum on joining Russia fits into that list, although Russia denies any involvement in the referenda itself.

In any case, the head of the annexed Crimea, which borders Zaporizhzhya, has already said today that he will help the region organize the referendum. A controversial referendum on joining Russia was held in Crimea in 2014, after which the peninsula was annexed. The Crimean authorities now say they want to use that experience to support the pro-Russian administration of Zaporizhzhya.”

This is not the first time that the Ukrainian president has warned against Russian referendums. In April, he already called on residents of the areas around Kherson and Zaporizhzhya not to give personal data to Russian soldiers, because the Kremlin plans to organize a “false independence referendum” there.

In 2014, Russia also organized such a referendum for the self-declared people’s republics of Donetsk and Lugansk, among others. This would have shown that the predominantly Russian-speaking population wanted to belong to Russia. The plebiscites were not recognized by anyone except Russia.