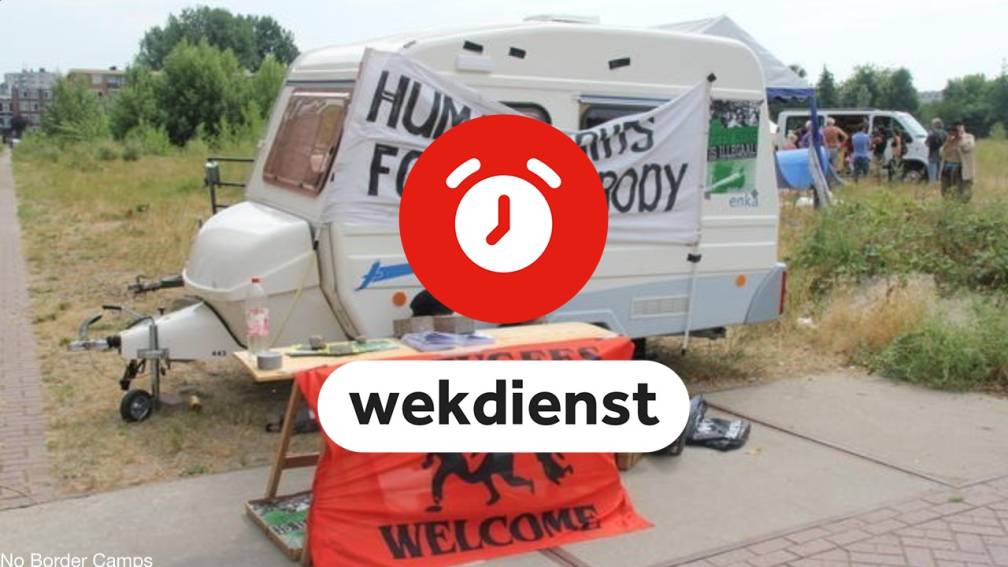 Good morning! Former professional football player David Mendes da Silva is brought before the examining magistrate and a tent camp is set up in Rotterdam by activists who want refugees to be received in a better way.

First the weather: In many places it is sunny, only the north has to do with cloud fields from the sea. The temperature is between 23 and 27 degrees. The next few days it will be sunny except for some veil clouds. Thursday afternoon temperature will be around 31 degrees with a moderate easterly wind.

Former professional football player and ex-international David Mendes da Silva is being brought before the examining magistrate. He will make a decision to extend his pre-trial detention. Mendes da Silva was arrested on Saturday in an investigation into money laundering and drug trafficking. A so-called ‘No Border Camp’ is being set up in Rotterdam. Activists from all over Europe are building a tent camp somewhere in the city to draw attention to the humane reception of refugees in the EU. PostNL presents figures for the second quarter of this year. In the first quarter, the company had to deal with a decrease in the number of parcel deliveries. This decline is expected to continue due to inflation.

The Ukrainian nuclear power plant Zaporizhzhya has been shelled again. The international nuclear agency IAEA had just warned to stop the shelling. An employee of the nuclear power plant was injured in the attack and three radiation meters were damaged.

The nuclear power plant has been in Russian hands since March. Ukraine says Russia is behind the shelling. The Russians say that Ukraine has bombarded the plant with rockets. The IAEA fears a nuclear disaster if the shelling continues.

The nuclear power plant in Zaporizhzhya

200,000 Ukrainians must leave the Donbas region before winter, President Zelensky said last week. It gets too dangerous and the gas is gone.

Thousands of residents have now taken one of the special evacuation trains. But not everyone wants to leave. One of them is 66-year-old Stepan, who lives in a small village in the Donbas. He says to stay to fight or die.

‘I stay here to fight or die here’