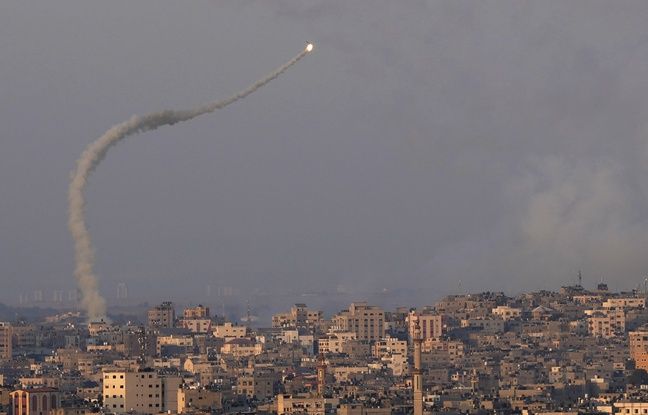 In Gaza, the guns are silent for the time being. The truce, which came into effect Sunday evening between the Palestinian armed group Islamic Jihad and Israel, is however precarious. She was apparently respected this Monday morning, after three days of hostilities which claimed the lives of “44 Palestinians” including children in Israeli strikes on the Gaza Strip.

That truce, which officially began at 11:30 p.m. on Sunday, appeared to be holding four hours later, with no side reporting a major breach of the agreement. Until the last minutes before the start of the truce, obtained thanks to Egyptian mediation, the Israeli army said it had carried out strikes on Islamic Jihad positions in Gaza “in response to rockets fired” towards the southern Israeli territory where the warning sirens sounded. The Israeli army announced that its “last” strike took place at 11:25 p.m.

On Sunday evening, Joe Biden hailed the ceasefire and thanked Egyptian President Abdel Fattah al-Sissi for his country’s role in negotiating it. The US president also called for investigations into the civilian casualties, which he called a “tragedy”.

The UN envoy for the Middle East Tor Wennesland for his part welcomed the truce agreement on Twitter but said “that the situation remains very fragile”. “I urge all parties to respect the ceasefire.”

Each party reserves “the right to respond”

The office of Israeli Prime Minister Yair Lapid, while announcing the timetable for the truce, had also made it known that his country “reserves (has) the right to respond firmly to any violation”. He also thanked Egypt, a historical mediator between Israel and the Palestinian armed groups, “for its efforts”. In Gaza, where it is based, the Islamic Jihad confirmed that it would “cease hostilities” from that time, but also warned that it reserved “the right to respond to any (new) aggression” Israeli .

The truce agreement provides, among other things, “Egypt’s commitment to work for the release of two prisoners” from Islamic Jihad in the hands of Israel, the Palestinian group said. Since the start of the Israeli operation in Gaza on Friday, “44 Palestinians have been martyred, including 15 children” and “360 have been injured”, according to a latest report from the Ministry of Health of the Palestinian armed movement Hamas, which made besides the state of entire buildings destroyed in the strikes.