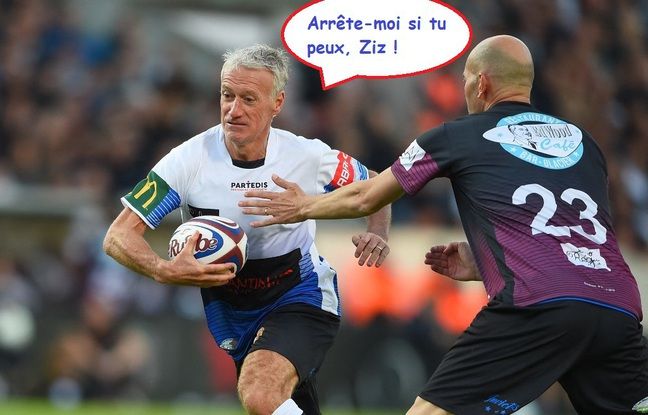 We have known him to be more evasive, the Didier. In a long interview with Parisian, Sunday, the coach of the France team responded fairly cash to the heavy shadow that Zidane casts over the future of the Blues, while his contract at the head runs until the World Cup in Qatar. To the question “how do you react when Zinédine Zidane clearly applies for your succession? “, the double world champion does not evade and sends a clear message to his former teammate.

“I have always placed the France team above me, above everything. Today, the place is not free since I occupy it with my staff, he retorted. Afterwards, everyone is free to say what they want. On me, it has no impact. The interest, today, for the players and the whole selection, is to be successful at the World Cup. Anything that goes against this common goal is not necessarily a good thing. »

And when we talk to him about his longevity at the head of the Blues (10 years), Deschamps does not seem to show any weariness. If he does not say that he wishes to continue the adventure beyond the World Cup in Qatar and says he is totally focused on this “exciting” challenge. “If I had felt less energy, a lack of determination, I would have stopped. I do not continue to continue. I’m not here to last, but to win,” he says before projecting himself into the future.

” I am calm. Serene. I am neither worn nor tired, warned the former Marseillais. I am privileged to be coach of the Blues. This feature is everything I’ve always been looking for. The top level. I am very happy to be there. My body and my head need this. Everything except the speech of someone who wants to hand over, don’t you think? From his sofa in the sky in the Madrid suburbs, Zizou must perhaps wonder if he did not make a mistake in the end by snubbing PSG.