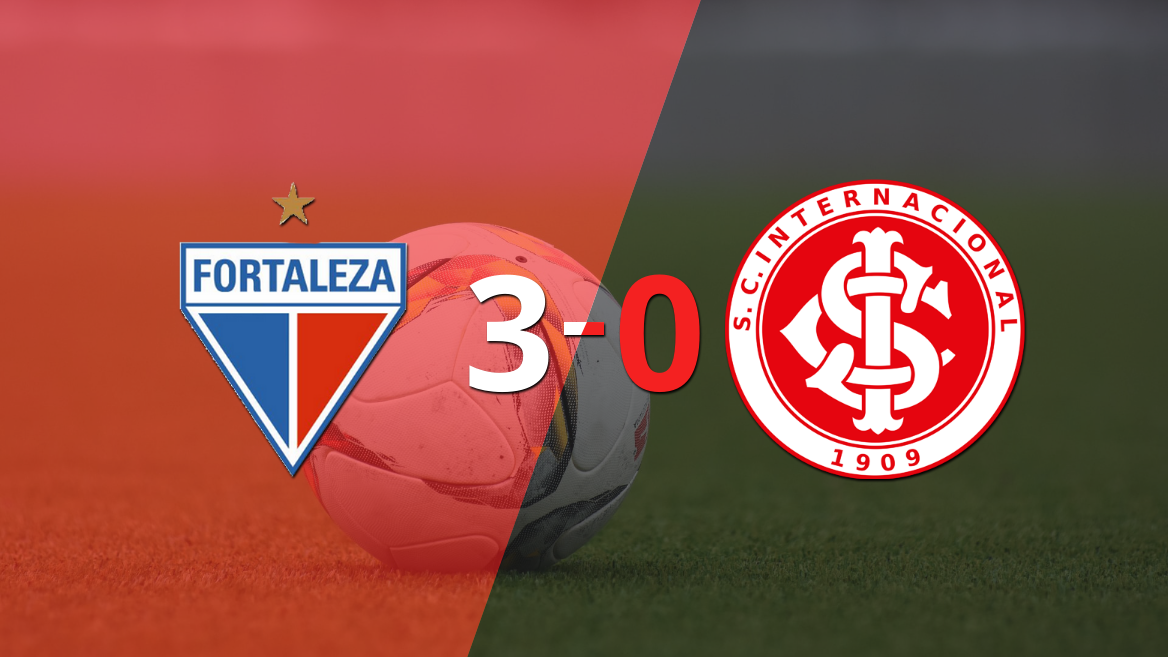 Lucas Crispim earned applause with his brilliant finish 44 minutes into the first half. The midfielder executed a spectacular free kick from mid-range and overcame the rival barrier. The goalkeeper was unable to stop the shot, in what ended up being a great goal.

Despite having tried and being superior with a possession of the ball of 64%, Internacional could not turn the score around in their favor.

Moises had a great performance. The Fortaleza midfielder made 14 correct passes, stole 4 balls and kicked twice.

Striker Braian Romero of Internacional threw a pipe and filtered the ball between the legs of midfielder Ronald de Fortaleza at 5 minutes of the first stage.

It was a duel that was stopped, due to the high accumulation of infractions within the field. There was a large number of cautioned: Braian Romero, Thauan Lara, Ronald, Joao de Souza, Liziero and Alan Patrick. He was expelled by direct red, Romarinho in the 29th minute of the first half.

For its part, Luiz Venker Menezes’s team came out with a 4-5-1 tactical arrangement with Keiller under the three posts; Fabricio Bustos, Vitão, Kaique Rocha and Thauan Lara in defense; Liziero, Joao de Souza, Pedro Henrique, Alan Patrick and David at midfield; and Braian Romero up front.

Wagner Magalhães was the referee chosen for the match at the Castelão.

In the next close, Fortaleza will visit Ceará and Inter will play against Fluminense.

In this way the local is in seventeenth place in the championship with 21 points, while the visit, with 33, is in sixth place.