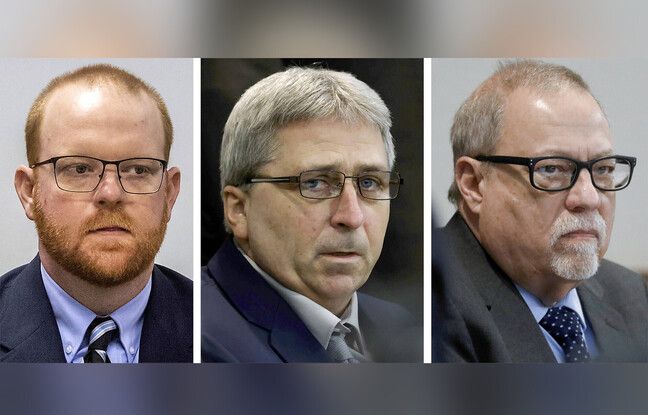 Different juries, same sentences. Already sentenced to life imprisonment by Georgia justice for having chased and killed young black jogger Ahmaud Arbery two years ago, Travis McMichael and his father Gregory received a new life sentence on Monday, this time before a federal jury. The father and son had been found guilty of a “hate crime”, just like their neighbor William Bryan, who had participated in the hunt for the jogger, and whose sentence should be known in the process.

“My son was not shot once, twice, but three times. Your honor, I feel every bullet fired every day,” Ahmaud Arbery’s mother, Wanda Cooper-Jones, said before the sentencing was announced.

During the trial, the prosecution notably listed the particularly violent racist insults uttered by the three men in the past, with the aim of accounting for the state of mind of the defendants when they embarked on the pursuit of Ahmaud Arbery. According to the prosecutor, the son McMichael had for example described African-Americans as “criminals”, “monkeys”, “savages and sub-humans”.

Ahmaud Arbery “was lynched for jogging while being black,” family lawyer Ben Crump, who had also defended relatives of George Floyd, an African-American who died of asphyxiation, told reporters on Tuesday. the knee of a white policeman.

“I believe this is the first federal conviction of a hate crime in the state of Georgia,” he added. “Hate crime” in the United States refers to an act directed against a targeted person because of certain characteristics of their identity.