Julio ‘Coyote’ Rivera apologizes to his family, confirms separation and denies romances with other women

Julio ‘Coyote’ Rivera was in the eye of the storm a few days ago after his ampay spread where he was seen dancing and kissing a woman who was not his wife. The images caused talk of infidelity on the part of the former soccer player. However, the mother of his children came forward to reveal that the two were separated.

Lorena Cárdenas appeared in En Boca de Todos to tell that since April 2022 she has been romantically separated from Paolo Guerrero’s older brother. “Julio and I have separated at the beginning of the year, we have a good relationship.”

This was confirmed by Julio Rivera this Sunday, August 7, during an interview he gave for the Teledeportes program on Panamericana Televisión. The ex-player surprised more than one by reappearing on the small screen to talk about his private life.

YOU CAN READ: Julio ‘Coyote’ Rivera is protected dancing and kissing a woman who is not his wife

He also denied that he had been kissing the mysterious woman with whom he was captured by the cameras of Magaly TV La Firme in a nightclub. “That day two friends told me to go and I went. I was with my water bottles because I can’t drink because I’m on medication.”

“Yes, we have already been separated since the beginning of the year, but not for love, but more than anything because we do not combine in some things. She could go out to her meetings and so could I. Lorena is a magnificent woman, work together because we have the (soccer) school in common, she manages it“he added. 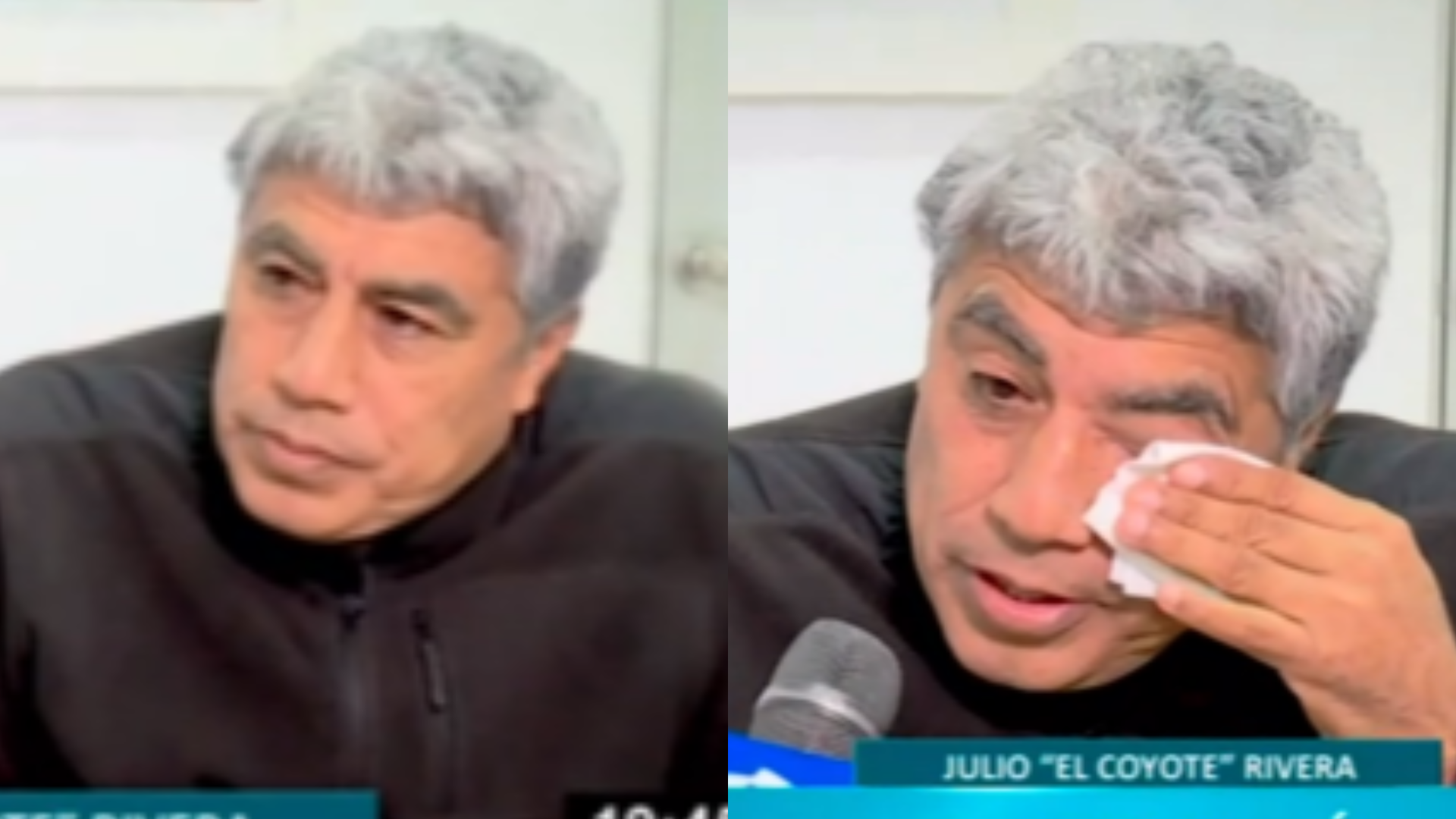 The popular ‘Coyote’ Rivera shed some tears as he apologized to his family after ampay. (Photo: Capture)

At another time, I accept that he made a mistake but that it will help him to make changes in his life. “It is for men to assume responsibilities; but that will make me change and improve my life”said the popular ‘Coyote’ Rivera.

In the midst of the scandal of an alleged infidelity, a young Venezuelan woman appeared stating that she had a romantic relationship with the former soccer player for more than three years. Wilmari Jiménez, 23, arrived in Peru and since then she pointed out that she has an affair with him. She even hinted that they had conceived a child.

“I’ve known him for four years. (Did you see the images of the ampay?) Yes, of course. It totally annoys me because he said that he loved me and I love her, he stayed there at karaoke. He told me that he was going to divorce his wife because he is in love with me. He told me that he was separated from her and that they lived with her mother”The woman told the Magaly Medina program.

His words were remembered by the Sunday reporter, who did not miss the opportunity to consult him about it. Julio Rivera was very calm and denied that he had been unfaithful to the mother of his firstborn.

“The girl has hinted at it. She is a girl whom I met 4 years ago, I met her and chatted with her twice. Then she disappeared and the pandemic came. It is not true (a relationship between the two), I can say that it is not so. She wanted to greet me on the subject of my cancer, we have met again and the things she has said are not like that, I like that they always tell the truth ”said the former soccer player.

Finally, Julio Rivera showed his most sensitive side and did not hesitate to apologize not only to his loved ones, but to all those who have been affected by the images and statements of other women.

“If I have made a mistake, I assume my responsibility as the man that I am. I apologize to all public opinion, to my mother, to Lorena and especially to my children. To the parents of the school that I am leading (…) These are moments that pass, part of life and asking for forgiveness and apologies from the Peruvian people. Forgive my family and my children”he concluded between tears.