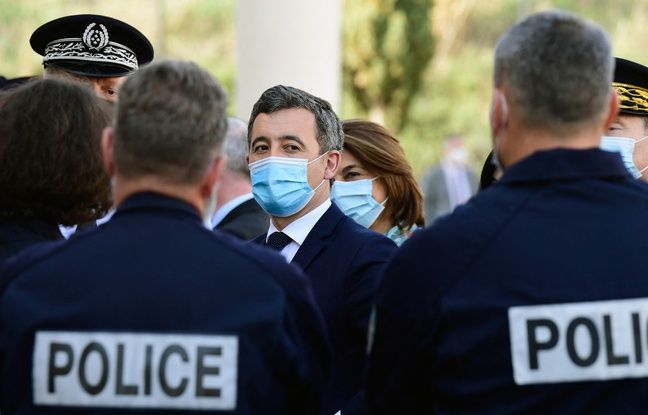 He had promised to return this summer during his last visit to Marseille, at the beginning of July. Gérald Darmanin, the Minister of the Interior and Overseas, is traveling to Marseille this Monday for a welcome ceremony for 65 new national police officers assigned to Bouches-du-Rhône.

In February 2021, he announced an increase in the number of peacekeepers in Marseille by 300 by 2023. A schedule reviewed by Emmanuel Macron who announced in September 2021, in the presentation of his Marseille plan in large acceleration of this deployment to 2022 alone.

Interior Minister Gérald Darmanin announced on Monday an intensification of controls throughout France against people carrying out urban rodeos, acts “criminals who very seriously injure children” as in Val-d’Oise this weekend. end. While playing “tag” on the esplanade of their neighborhood, a 10-year-old girl and an 11-year-old boy were seriously injured after being run over on Friday evening by a motorcycle during an urban rodeo in Pontoise ( Val d’Oise).

“I mean that the government has an extremely firm hand against, not these urban rodeos which are presented as a positive word, as if it were a spectacle, but against these often criminal acts which come to kill, which come to wound very seriously women, children; we saw it again very recently in the Val-d’Oise”, underlined the minister during a visit to Marseille. “I have asked the police and the national gendarmerie, for this month of August, to intensify these checks and I hope that there will be 10,000 checks from today throughout the territory. national level in order to fight against these criminal acts of people who take the road for their road”, he added. As a reminder, on June 8 in Rennes, a 19-year-old young man died after being hit by a motorcycle during an urban rodeo.

The Minister defended his policy of firmness by recalling “that there have been 8,000 operations by the police and the gendarmerie for two months” in France. They resulted, according to him, in 1,200 arrests, “unheard of” and 700 seizures of motorcycles, quads or cars.

A 2018 law has strengthened the fight against these motorized “rodeos” and provides for penalties of up to five years in prison for their perpetrators. Noting that “Parliament wishes to strengthen the legislative arsenal and be able to better condemn” the perpetrators, the minister underlined that he was “in favor of the aggravation of penal means”.