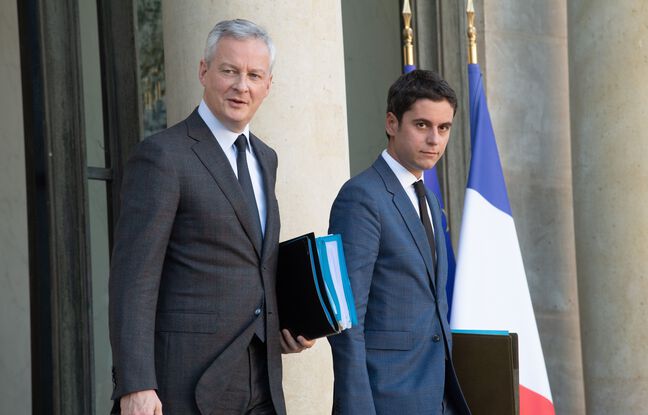 The next budget is beginning to take shape and it should in particular give pride of place to National Education and Employment. The government indeed wishes to increase by 12.5 billion euros, i.e. an “unprecedented increase of 11.4%”, the credits allocated in the 2023 budget to Education, Labor and Solidarity, announces the Minister of Accounts public Gabriel Attal in an interview this Monday in The echoes.

“The Employment budget will increase in particular by 6.7 billion, in particular to finance the rise of apprenticeship, with a target of 1 million apprentices by the end of the five-year period”, details- he. National Education “will benefit from a historic increase (+3.6 billion) in its credits. The commitment of the President of the Republic to the continuation of the salary increase will be kept and no teacher will enter the career with less than 2,000 euros net”.

The “sovereign bloc” including the Ministries of Defence, Interior, Justice and Foreign Affairs are not left out, further reassures the minister, with an increased budget of “6.1 billion euros” . “A very significant increase that we assume in order to meet in particular the commitment of an increase of 3 billion in credits for the Armies in 2023, but also the objectives of Beauvau for security, which provides for the doubling of the presence of the forces of the armed forces. order on the ground by 2030″.

No details on means of achieving equilibrium

For its part, “the justice budget will benefit from a further increase of 8%, after two years of increases of the same amounts, in order to continue the recruitment of new magistrates and to respect the plans for the construction of new jail,” he said. As for the Ministries of Environmental Transition, Territorial Cohesion and Agriculture, they “will have an additional 3.3 billion euros”.

Gabriel Attal, on the other hand, does not provide any details on the savings projects that will have to be carried out to balance this budget. “Public spending in the broad sense will decrease by 0.3% in volume next year,” he says only. “The document (…) provides that the appropriations of the State budget will amount to 339 billion euros in 2023, i.e. virtual stability in value compared to the level post-amendment finance law, and a reduction of 2.5% by volume. This will make it possible to meet the objective of a deficit of 5% of GDP next year while financing our priorities”, he finally puts forward.