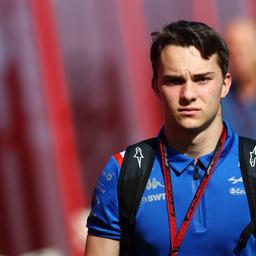 Alpine team principal Otmar Szafnauer is very disappointed in Oscar Piastri. The Formula 1 team had presented the reserve driver as Fernando Alonso’s successor for 2023 alongside Esteban Ocon. But the Australian himself denied the deal. Meanwhile, Piastri seems to be on his way to McLaren.

“I expected more loyalty. We invested millions in him and let him make his first meters in a Formula 1 car. So I don’t understand why he wants to go to another team. I’ve been in Formula 1 since 1989 and I I’ve never experienced anything like this,” Szafnauer told the Spanish El Confidencial.

“This is about the integrity of a person. You just don’t do something like that,” continues the team boss, who is convinced that Piastri’s contract has an option to keep him at the French racing stable in 2023. “He signed the contract in November. We have spoken to our lawyers and they have said it is binding.”

Szafnauer says that Alpine had therefore sent a press release with the message that Piastri would be active for the team in Formula 1 next year. The team boss says that the sudden departure of Fernando Alonso to Aston Martin meant that Alpine quickly promoted Piastri. made public.

‘Alpine has better plan than McLaren’

According to various media, McLaren will announce that Piastri will take the place of Daniel Ricciardo at the British racing stable next season. The 21-year-old reigning Formula 2 champion is said to have already signed a multi-year contract there. Szafnauer cannot understand the possible switch.

“Our plan with Piastri is very good, he knows that too. It is even better than McLaren’s. We are ahead of them in the championship (99 to 95 points, ed.) and hope to be above them at the end of the season as well.” to stand.”

There is currently a summer break. The next race is the Belgian Grand Prix on August 28. A week later, the GP of the Netherlands will be held in Zandvoort.