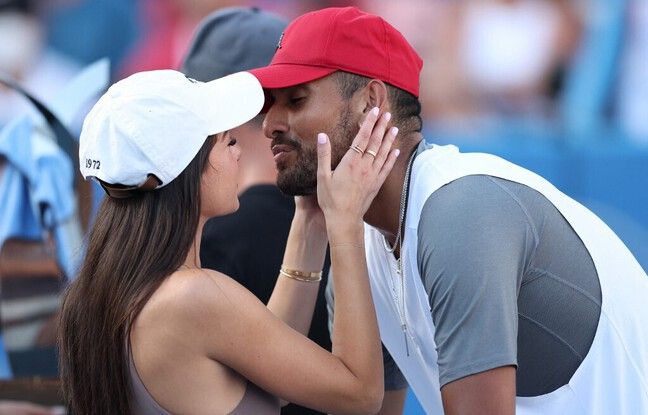 Nick Kyrgios ended a three-year drought on Sunday by winning the Washington tournament for the second time, confirming his return to the highest level glimpsed a month ago at Wimbledon, where he reached the final. The Australian, 63rd in the world, beat the Japanese Yoshihito Nishioka in the final (6-4, 6-3). “It’s an incredible feeling, a great emotion for me to win a title here again,” commented hot Kyrgios, whose rebirth in 2022 is spectacular, after two dark years punctuated by depression and suicidal thoughts.

“When I think back to where I was still last year, in very dark states, a great transformation has occurred… It’s a very strong feeling that goes through me. I am very, very happy with what is happening, ”he added to the microphone of Tennis Channel. He adds a seventh title to his list, after those gleaned in Marseille, Atlanta and Tokyo (2016), Brisbane (2017), Acapulco (2019) and therefore Washington, the very place where he had beaten a certain Daniil Medvedev there. three years old.

Medvedev on the road from Kyrgios to Montreal?

The Russian world number 1, who also made a success of his summer start on the American continent by winning Saturday in Los Cabos (Mexico), could well stand in the way of the Australian next week, in the second round of the Masters 1000 in Montreal. What would be a tantalizing clash, between two candidates for victory at the US Open in three weeks, where Medvedev will defend his title.

Because Kyrgios, in the wake of his excellent course on the grass of Wimbledon, where Novak Djokovic worked to win a 21st Major title there, did not drop in pace on the cement of Washington, despite a month without playing.

What exactly is that expert statement for transgender people? | NOW

Eight years since the disappearance of the 43 students from Ayotzinapa

Weather in Guadalajara today: the forecast for Tuesday, September 27, 2022

Why it is complicated to have your child vaccinated against tuberculosis