War in Ukraine: four questions about the attacks around the Zaporizhia nuclear power plant, which worry the international community 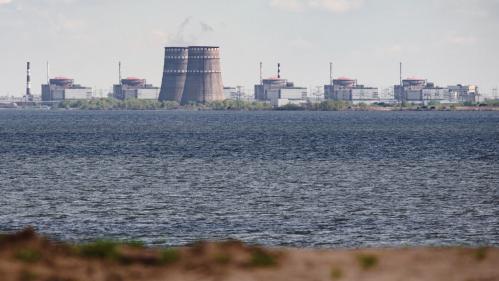 Europe’s largest nuclear power plant is again at the heart of concerns. The International Atomic Energy Agency (IAEA) judged, on Saturday August 6, “more and more alarming” the information coming from the Zaporizhia power plant (Ukraine), the day after strikes carried out near the reactor. What worries the international organization?

1What is happening around the plant?

Nearly four months after the start of the conflict, the Ukrainian authorities accused Russian forces on Friday of having carried out fire that endangered the safety of the nuclear power plant: three strikes near a reactor, which caused a fire , since extinct. An accusation denied by the Russian army, which controls the area.

The Russian occupation administration has claimed that the Ukrainian army damaged administrative buildings in a strike carried out overnight from Saturday to Sunday. For its part, the Ukrainian energy group Energoatom, which co-manages the plant with the Russians, said that a worker was injured during shelling by Russian forces on Saturday evening. The company added on Telegram messaging app that the plant’s storage site, where 174 containers of spent nuclear fuel are stored in the open air, had been hit by rockets.

2Why does the situation cause concern?

On Saturday, the head of European diplomacy Josep Borrell condemned “the irresponsible violation” of nuclear security rules by Russia. The situation is critical according to Rafael Grossi, director general of the IAEA, who considers that Friday’s strikes are “the latest in a long list of increasingly alarming information”. According to him, they demonstrate a “real risk of nuclear disaster that could threaten health and the environment in Ukraine and beyond”.

This is not the first time that the Zaporizhia plant has worried since the start of the conflict between Russia and Ukraine. On the night of Thursday March 3 to Friday March 4, in the early days of the war, the Moscow military opened fire on buildings on the site, posing the risk of a major nuclear accident. Since then, Ukraine’s main source of electricity has come under the control of Russian forces.

When war broke out in Ukraine in February, the IAEA called for seven key principles to be followed to ensure plant safety. “The agency now judges that five of these seven pillars are no longer respected in the plant”, explains to franceinfo Emmanuelle Galichet, teacher-researcher in nuclear physics for the CNAM. Integrity of installations, operation of security systems, energy supply, personnel safety, etc.IAEA lists in a Saturday communication the five flaws (link in English) that cause so much concern.

3What are the possible nuclear risks?

On Saturday, the Ukrainian company Energoatom claimed that the bombings had “seriously damaged” a station containing nitrogen and oxygen and an “auxiliary building”. “There are still risks of leaking hydrogen and radioactive substances, and the risk of fire is also high,” she said.

A high voltage line was also damaged in this attack, triggering the shutdown of one of the plant’s reactors. A far from trivial incident, as Emmanuelle Galichet points out: “Without electricity, it is not possible to run the primary circuit of the reactor building which allows the heat to be evacuated. moved to Fukushima.”

The possible deterioration of a spent nuclear fuel storage area could also become an issue. “In each plant, you have a large pool of water where the spent fuel is stored, until the radioactivity decreases. The main risk would be that there is no more water in these pools”, adds the scientist , while emphasizing that these scenarios remain hypothetical.

4What is the weight of the plant in the conflict?

Before the start of the Russian invasion, with its six reactors on a Ukrainian nuclear fleet which includes fifteen, Zaporizhia produced nearly a quarter of Ukraine’s electricity, figures Teva Meyer, lecturer at the University from Haute-Alsace, specialist in nuclear geopolitics, interviewed by franceinfo.

It is also because it is “strategically located” that the plant is under the fire of the belligerents. Located on the south bank of the Dnieper, the Zaporijia power station is on the battle line. “Going down the river, we arrive at the port of Kherson, which is a fundamental site”, notes the researcher. Directly served by the railway network, the Zaporijia power station also made it possible to assemble the troops coming from Crimea. “This is what made this space quickly become the terrain of military operations,” he adds, even as Ukraine accuses Russia of storing heavy weapons and ammunition in the plant.

Faced with growing tensions around the plant, the IAEA reiterated Saturday its intention to conduct an expert mission on site. A prospect rejected so far by Ukraine for fear that it would legitimize the Russian occupation of the site.