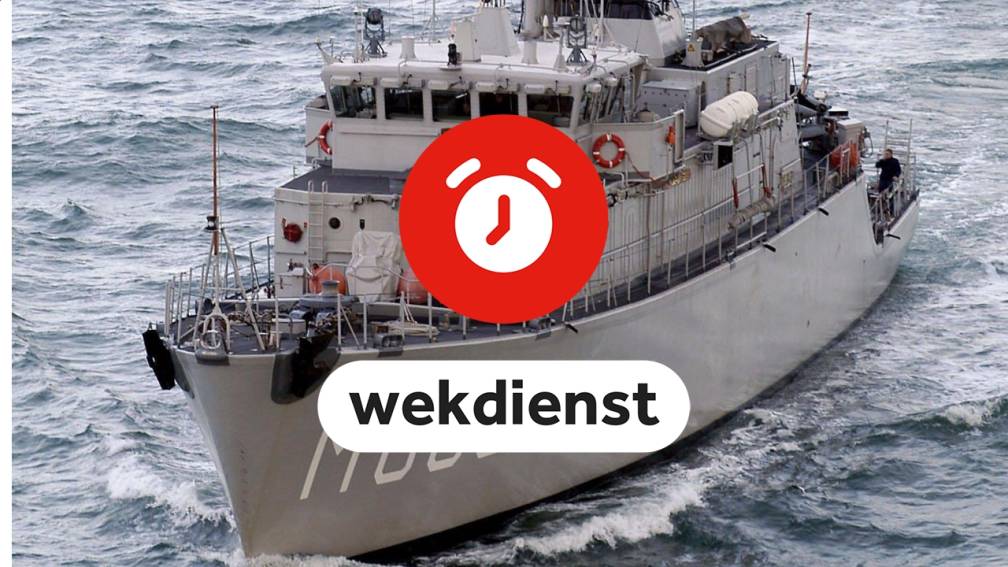 Good morning! The Dutch minehunter Vlaardingen leaves to join a NATO fleet in the Mediterranean, and the premier division also starts for AZ and Feyenoord.

Today it is sunny and dry. However, some cumulus clouds will form during the day, especially in the north of the country. The north to northwest wind will be light to moderate and it will be 20 to 25 degrees.

The Dutch minehunter Vlaardingen is sailing today to the Mediterranean Sea. There, the naval vessel becomes part of a fleet that must be ready at any moment for military operations as part of the NATO response force. About 500 stalls are set up along the IJssel, less than before, but according to the organization it is still the largest book market in Europe. Vitesse starts the new season of the Eredivisie against Feyenoord in a home game. AZ plays at home against Go Ahead Eagles. The matches can be followed live via a live blog on NOS.nl and in the NOS app and via Langs de Lijn on NPO Radio 1. Summaries can be seen on NOS.nl immediately after the matches, extensive summaries in the broadcast of Studio Sport at 7 p.m. on NPO 1.

Dutchman Aydin C. (44) has been found guilty by a Canadian jury of extortion, intimidation and possession and distribution of child pornography. C. has been on trial in the past few weeks in the case of Amanda Todd (15). That Canadian student took her own life in 2012 after she was extorted by C. with nude photos that she had sent him.

Aydin C. was already sentenced in the Netherlands in 2018 to ten years and eight months in prison for abusing dozens of girls and a number of men. The judge will determine later what punishment C. will receive in Canada.

The Dutch are going on holiday again en masse now that corona is in the background. But for more and more families that is not possible because they do not have enough money. This is also reflected in the Weekje Weg Foundation, which organizes free holidays for families who cannot afford it themselves. The demand for their services is increasing, explains director Sacha Engelschman.

Not on holiday due to high inflation?