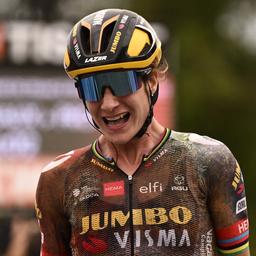 Marianne Vos won the Postnord Vargarda WestSweden, a WorldTour race, on Sunday. The 35-year-old Jumbo-Visma driver won the sprint from a leading group of four.

The French Audrey Cordon-Ragot took second place, ahead of the British Pfeiffer Georgi. The Belgian Valerie Demey, who was also part of the leading group, was unable to interfere in the sprint and finished fourth. Lorena Wiebes crossed the line ten seconds behind Vos in fifth.

The Postnord Vårgårda WestSweden counted 125.7 kilometers and partly on unpaved roads. However, that did not lead to a selection, the climb on a local circuit did.

Ellen van Dijk (successful on Saturday with Trek-Segafredo in the WorldTour team time trial in Vargarda) among others, tried to get away, but the decisive break came after an attack by Cordon-Ragot. Vos was able to follow the driver from France and then finished in the sprint.

Vos recently triumphed in two stages in the Tour de France Femmes, the race in which she also led the general classification for a long time. In the final weekend in the Vosges she lost her leading position to Annemiek van Vleuten. Vos did win in the points classification.