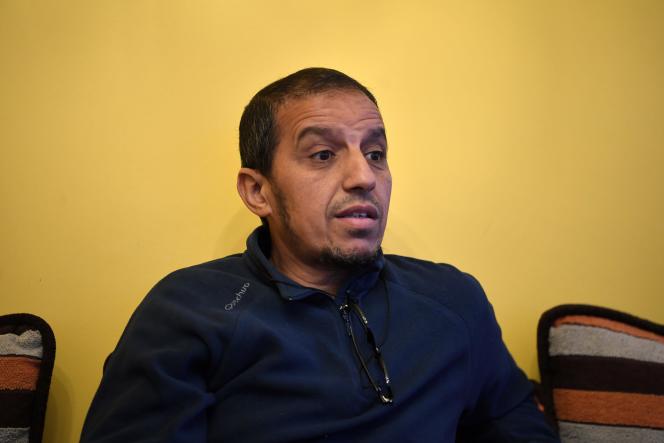 Portrait of the Muslim preacher Hassan Iquioussen, at his home in Lourches, November 12, 2019. The speaker, nicknamed “the preacher of the estates”, is very followed on the Internet. PIERRE ROUANET / PHOTOPQR / VOICE OF THE NORTH / MAXPPP

The European Court of Human Rights (ECHR) on Thursday (August 4th) rejected the request to suspend the deportation order to Morocco for Hassan Iquioussen, an imam serving in France, the ECHR said in a statement. communiqué. The Minister of the Interior, Gérald Darmanin, announced last week the forthcoming expulsion of this preacher of Moroccan nationality. Reputed to be close to the Muslim Brotherhood, he is accused by the French authorities of having launched calls for hatred and violence aimed in particular at the Jewish community.

Read also: Article reserved for our subscribers Hassan Iquioussen, preacher from the north of France, in the process of being deported to Morocco

The court, which sits in Strasbourg, was seized on Wednesday by the person concerned under article 39 of its rules, which allows it to order states “provisional measures” when the applicants are exposed to “a real risk of irreparable damage”. Hassan Iquioussen invoked the provisions of the European Convention on Human Rights on the prohibition of torture and inhuman and degrading treatment, the right to respect for private and family life, freedom of thought, conscience and religion or freedom of expression.

According to the ECHR, Gérald Darmanin issued, on Friday, an order for the expulsion of this imam, withdrawing his residence permit, as well as a second order designating Morocco as a country of destination. “Because of the seriousness of the threat to public order, the Minister considered that there had not been a disproportionate attack on his right to family life”, explains the ECHR.

Gérald Darmanin again justified the expulsion of this imam, Thursday on CNews, judging that the latter had made “openly anti-Semitic, openly xenophobic, openly homophobic, openly anti-women remarks”. He “has nothing to do on national soil”, insisted the Minister of the Interior. Morocco, he announced on Tuesday, issued a “consular pass” to “expel manu militari” Hassan Iquioussen, who lives in the North and is registered, according to him, in the “RPF”, the file of wanted persons.

This preacher is very active on social networks, in particular on his YouTube channel, followed by 169,000 people, and on his Facebook page with 42,000 subscribers. Born in France, in Denain, and living near Valenciennes, Hassan Iquioussen, aged 57, had decided, at his majority, still according to Mr. Darmanin, not to opt for French nationality. He claims to have given it up at the age of 16 under the influence of his father – of French nationality – and then tried in vain to obtain it.