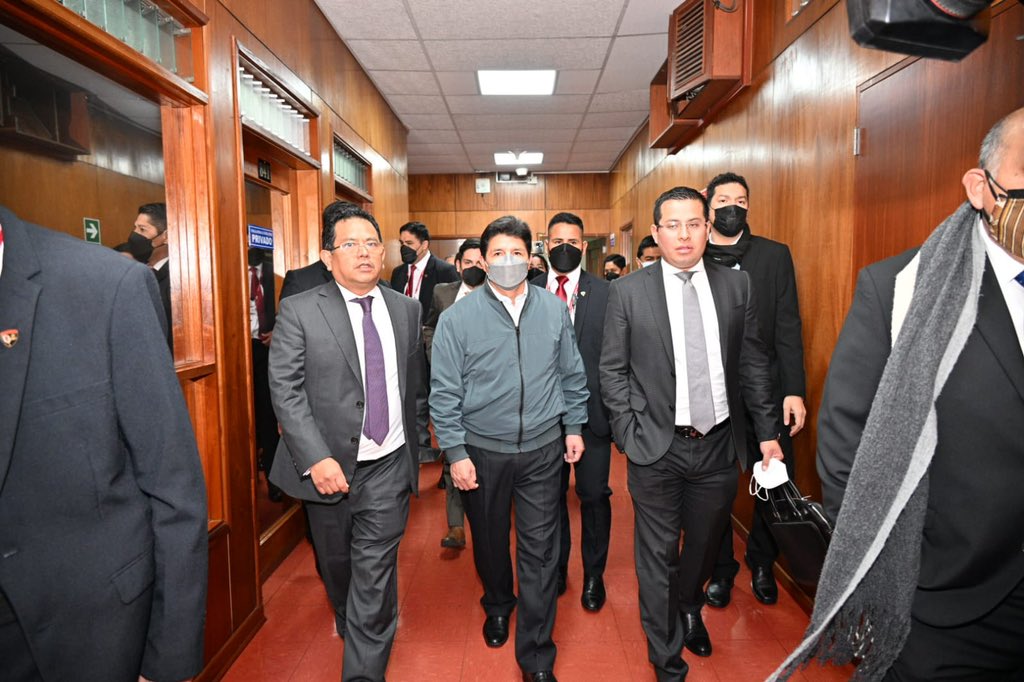 Next Friday, August 12, the Judiciary announced that the two appeals for protection of rights presented by the legal defense of President Pedro Castillo against the Prosecutor’s Office will be evaluated, requesting the annulment of the investigation for the alleged crimes of criminal organization and personal concealment. to the detriment of the State.

The hearings will be presided over by Supreme Judge Juan Carlos Checkley. The first will be held at 10 in the morning and the arguments of the defense will be evaluated regarding the case that was opened by the Public Ministry against the head of state after the departure of the former Minister of the Interior, Mariano González.

The second will be at 11 in the morning, and the arguments will be seen regarding an alleged violation of the right to presumption of innocence of the president because, according to the defense, the declarations in the investigations that they involve him.

The day before, through his lawyer Benji Espinoza, President Pedro Castillo presented to the PJ’s Preparatory Investigation Court the two appeals for protection of rights against the Attorney General’s Office, requesting the annulment of the investigations against him for alleged vices. in the case that follows him for alleged personal concealment and for an alleged leak of information by the Public Ministry.

According to Espinoza’s statements to the newspaper El Comercio, the request for annulment of the investigation in the case opened after the removal of the former Minister of the Interior, Mariano González, is due to the fact that his testimony was taken by the Public Ministry without the presence of the legal defense. of the head of state.

“Why was Mariano González’s statement taken as a witness alone, alone with the prosecution, without summoning the defense, preventing cross-examination, preventing the participation of the defense in the proceeding?” Espinoza asked.

Likewise, the lawyer pointed out that, in the case of the alleged leaks, these are prohibited according to the Criminal Procedure Law and that the reserved procedural actions cannot be disclosed by any means.

“The prosecution is responsible (for that) by deliberate action or omission,” he told El Comercio.

With these two new resources, there are three protections of rights against the Prosecutor’s Office presented by the defense of the head of state. The first was rejected, in the first instance, by Judge Checkley, and the

nullity of the incorporation of the president in the preliminary investigation for the case “Decentralized Provias – Tarata Bridge”.

Pedro Castillo defends himself: “I am not part of any criminal organization”Pedro Castillo ratified Aníbal Torres and made changes in six ministriesFact-check: the false versions of Pedro Castillo a week after the message to the Nation