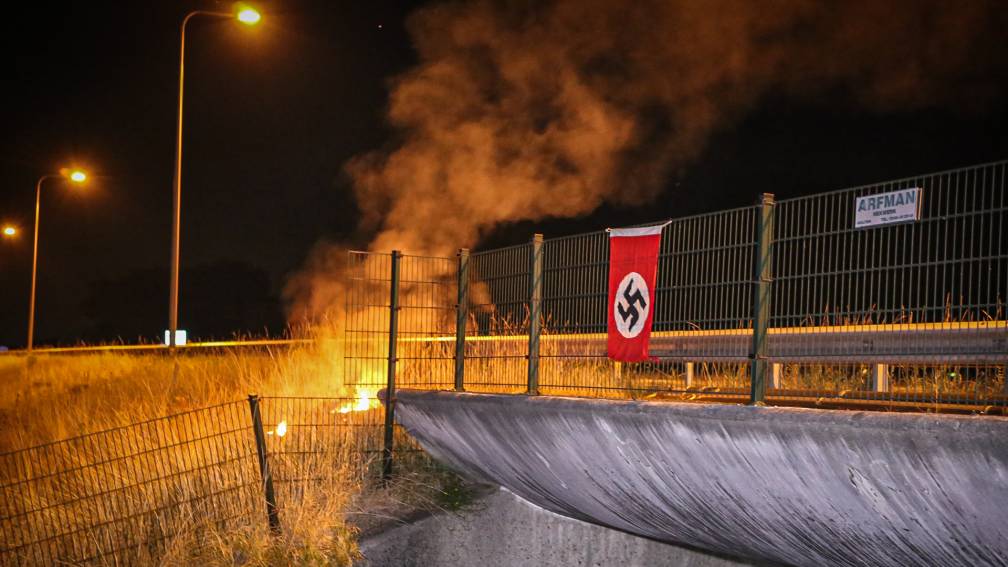 A swastika flag was hung on a viaduct along the A1 near Stroe, in Gelderland, last night. It is not clear who hung it, the police are investigating.

Hanging a swastika flag is an offence. The police say they are “very vigilant”. No suspects have been identified yet. “All information that our colleagues can map out about this incident will be used to possibly conduct further investigations into this,” said the East Netherlands police in a response.

Car tires were also set on fire on the verge near the viaduct in Stroe. Further south in Gelderland, hay bales were also on fire along the A15. According to Omroep Gelderland, this happened at the exits Ochten, Dodewaard and Andelst.

Farmers in Stroe distance themselves

Residents of Stroe are shocked by the flag. “We have absolutely nothing to do with this. We think it’s a shame. This is really not possible, nowhere,” says a farmer to the regional broadcaster.

According to the Jewish interest group CIDI, it is “not just a swastika flag”. “This is exactly the flag of Nazi Germany. We often see graffiti with a swastika, but this flag is associated even more quickly with hatred and violence,” responds Aron Vrieler of the CIDI.