Two big fires broke out this Saturday August 6 at the start of the afternoon, in Saint-Philibert and La Trinité-sur-mer in Morbihan, an area very popular with tourists. The fire was fixed late Saturday afternoon but the many firefighters still had a lot of work to drown the flames. A housing estate of fifteen houses had to be evacuated.

A major wildfire broke out in the early afternoon in Saint-Philibert, between Carnac and Locmariaquer in Morbihan, behind Men er Belech beach.
From the beaches, which were very busy on this August weekend, and the neighboring ports, or from the open sea, the column of smoke which spread in the afternoon was impressive.

Significant resources were deployed on site by firefighters to contain the fire, which threatens many homes. A housing estate of 15 houses, at a place called Kernevest, was evacuated.
A communal hall has been opened to accommodate those concerned.

About an hour later, another column of smoke rose above the beaches in the area. Another fire broke out at a place called Kermarquer. 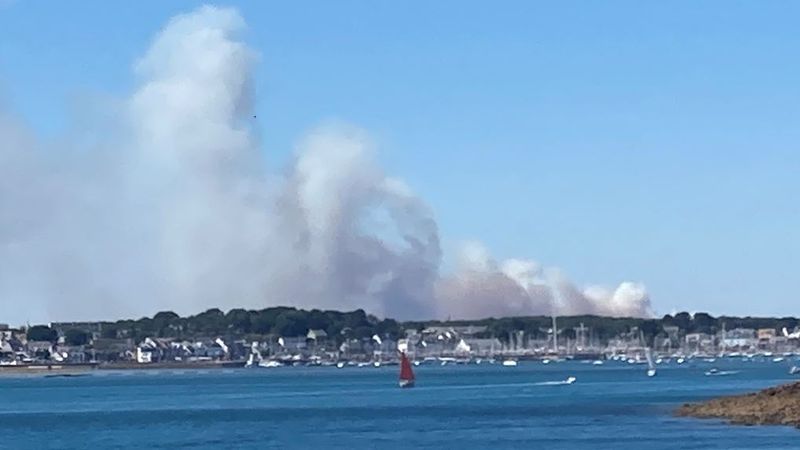 The fire in La Trinité-sur-mer • © B. Van Wassenhove

The two fires seen from the same place

These two photos were taken around 4:50 p.m. this Saturday August 6, from the Carnac tumulus chapel. The first photo shows the ongoing fire between Crac’h and La Trinité-sur-mer.
The second gives the point of view on the fire in Saint-Philibert. 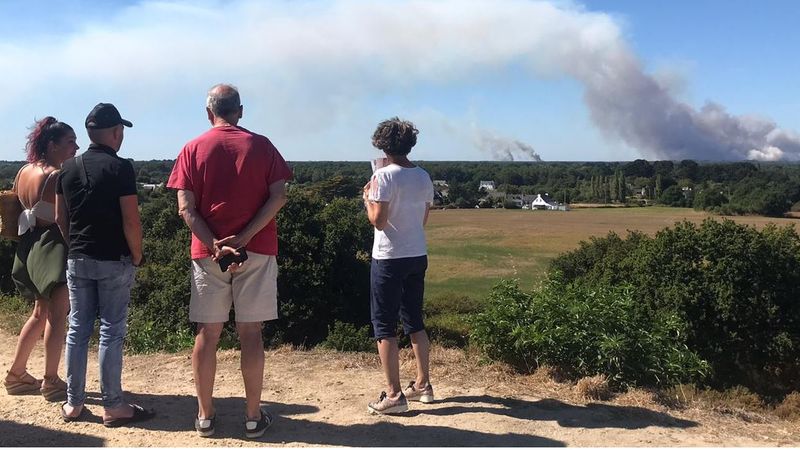 From the chapel tumulus of Carnac, the fire supposedly around Crac’h • © B. Van Wassenhove 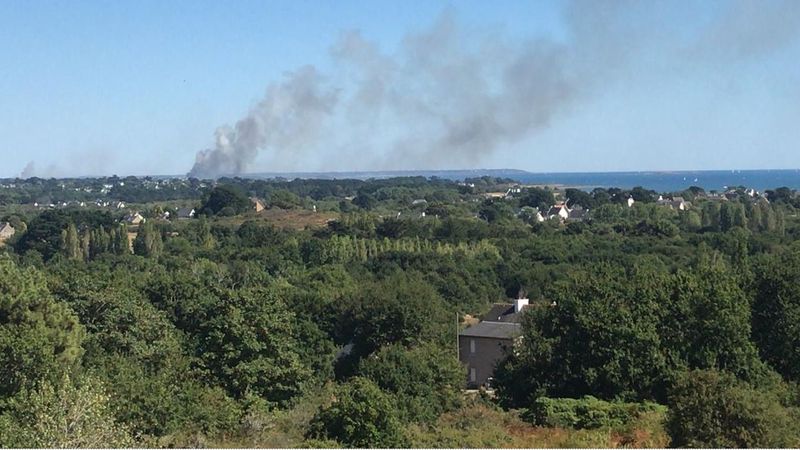 Fire in St-Philibert • © B. Van Wassenhove

In all, some 20 fire starts were recorded in the department this Saturday. 300 firefighters, some of whom came from Ille-et-Vilaine and Loire-Atlantique, and 107 machines were mobilized.

The authorities recommend the greatest vigilance. Morbihan is still in enhanced drought alert.