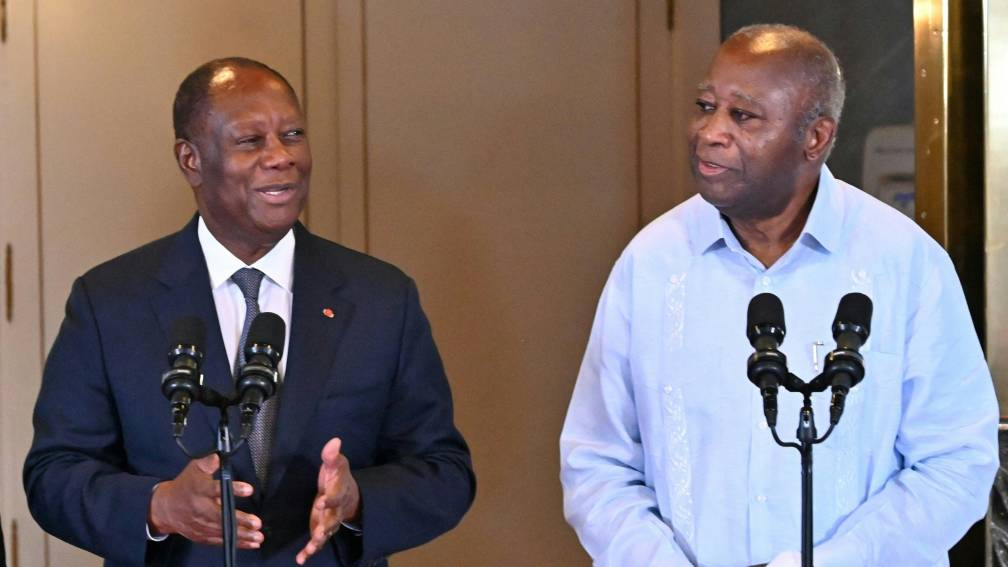 Ivory Coast President Ouattara will pardon his predecessor Gbagbo. Ouattara and Gbagbo are known as rivals. Gbagbo refused to acknowledge his loss to Ouattara after the 2010 elections, leading to a conflict that left thousands dead.

Despite this, Ouattara has signed a presidential decree pardoning his predecessor. Last year, Gbagbo returned to the Ivory Coast after spending years abroad. He was still facing a 20-year prison sentence for his role in the crisis after the 2010 elections, but that sentence could be drawn.

Last month, Ouattara had a rare meeting with Gbagbo and another former president, Bedié, who ruled the African country from 1993 to 1999. Ouattara would like to reconcile with his predecessors in the run-up to the elections in 2025. In a televised address, the current president said he hopes to improve social cohesion.

Gbagbo was on trial in The Hague

Gbagbo was president of Côte d’Ivoire from 2000 to 2011. In 2010 he lost the elections of Ouattara, but he refused to acknowledge his defeat. What followed was a bloody battle between Gbagbo and Ouattara’s armies for months. More than three thousand people were killed. In April 2011, Gbagbo was arrested and Ouattara was officially installed as president.

A few months after his arrest, Gbagbo was extradited to the International Criminal Court in The Hague. He was the first former head of state to be prosecuted there. Gbagbo spent seven years in custody but was acquitted of crimes against humanity on appeal in 2019.