The Guanajuato Prosecutor’s Office reported that elements of the Specialized Homicide Unit in conjunction with the Criminal Investigation Agency managed to arrest Roberto “N” alias “The drunk” 22 years old, who is held responsible for the murder of journalist Ernesto Méndez and three others.

He went inside a beer depot in San Luis de la Paz, Guanajuatowhere Roberto “N” would have riddled the journalist with a firearm Ernest Mendez and three other people. Due to the facts, a fifth person remains in a delicate state of health. 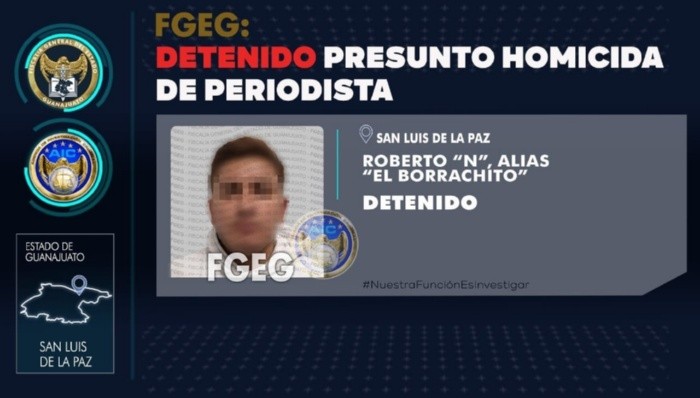 According to the Guanajuato Prosecutor’s Officean investigation folder was opened for the homicide of four people and one seriously injured in the Guanajuato municipality Saint Louis of Peace. The events occurred in the early hours of August 3 at a beer depot in the colony Beautiful view.

Elements of different corporations in conjunction with the prosecution They identified the alleged criminal, achieving his arrest.

Roberto “N” 22 years old, will remain at the disposition of a judge who will determine his guilt in the homicide of Ernesto “N”, Cesar Rodrigo “N”, Jonathan Fernando and Juan Rodolfo “N”. He is also charged with the crime of attempted murder to the detriment of Antony “N.”

César Vallejo: Alejandro Ramírez’s goal for 2-1 against Alianza Lima for the Closing Tournament of League 1