Biden’s climate bill narrows through Senate, but ‘it’s not a done race’ 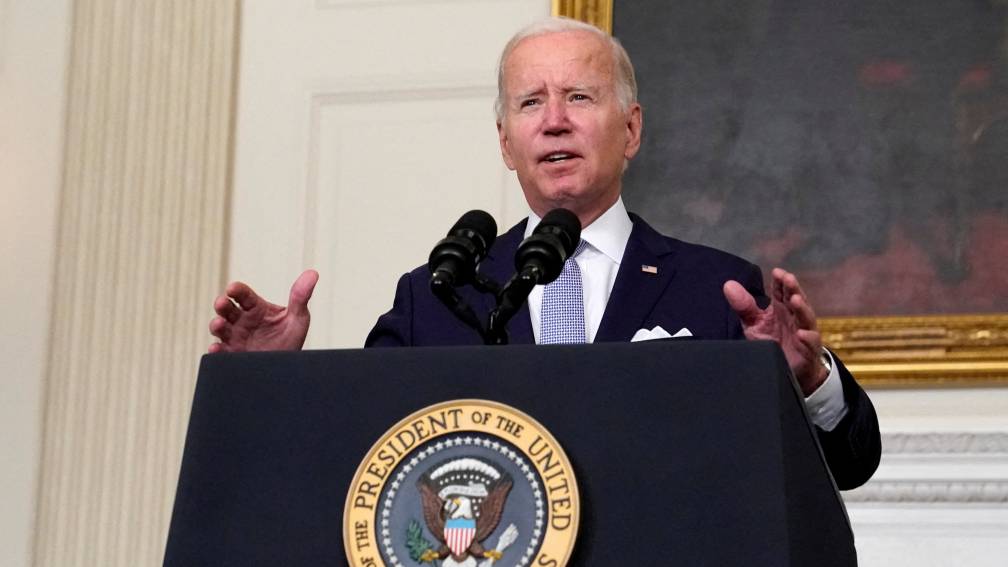 Never before has America invested so much money in reducing global warming. With the package of climate and energy measures that the Senate has approved, the US is taking a big step towards achieving President Biden’s climate goals. The House of Representatives still has to vote on it next week, but the Democrats have a majority.

“This is a U.S. policy reversal,” said Leo Meyer, former project leader of the UN climate panel IPCC and negotiator on the precursors to the Paris Agreement. Biden is getting his way for the first time after President Trump reversed his predecessor Obama’s climate goals.

But there are still plenty of political and financial developments that could throw a spanner in the works, Meyer adds.

In President Biden’s ambitious climate goals, Americans will halve CO2 emissions by 2030, compared to 2005. This would bring America close to the reduction required to limit global warming to 1.5 degrees, as stated in the 2015 Paris Agreement.

With the federal measures now adopted by the Senate, a CO2 reduction of more than 40 percent is achieved. It is expected that the remaining 10 percent reduction in emissions can be achieved through measures in individual states, such as the relatively strict state of California.

The package of measures, approved by the Senate with a minimal majority, contains many subsidies and tax breaks for low-greenhouse gas technologies. This makes investments in clean energy cheaper. The stimulus measures will cost about $369 billion. Wind turbines, solar panels and electric cars, among others, will receive a significant boost from the measures.

“It is an important decision. Also because it is a signal to the outside world,” says Meyer. “Several other countries have seen Trump, the Republican party, but also some Democrats water down the American climate goals in recent years. Other countries said to America: if you do nothing, we will do nothing. This new turn is a new opportunity to China, Brazil, India and the big oil countries.”

Last Friday, China announced it would suspend talks with the US on climate change, a move Meyer regrets because cooperation between Beijing and Washington is crucial. “That cooperation was also the basis of the Paris agreement.”

Meyer points out that further US action is needed outside of this major national stimulus package. “Annually, financial support is needed to encourage developing countries to take more climate action, and the US, among others, is stepping on the financial brake.”

Republicans can reverse everything after the election. This is not a running race.

The package of climate measures contains remarkably few bans. The exception is methane emissions, which will be restricted after 2024. Incidentally, the room that the US federal government has to limit CO2 emissions has been drastically curtailed by the Supreme Court. In June, the judges ruled that the country’s most important environmental law, the Clean Air Act, cannot be used to regulate greenhouse gas emissions from power plants.

Climate activists are disappointed that many concessions have been made to the fossil fuel industry in the negotiations in the Senate. Gas and oil drilling will continue, coal and gas plants can continue to run, and the construction of new fossil fuel pipelines remains possible. “That is partly due to the war in Ukraine,” says Meyer. “Fossil fuel prices are high. The incentive to extract more oil and gas is strong. That does not help to achieve the climate goals.”

Race against the clock

The climate scientist considers it uncertain whether America will achieve Biden’s climate goals. “That is not due to the technology and the costs. The resistance is mainly political and psychological. It is a race against time. A Republican majority is expected in the upcoming Senate elections and then perhaps a Republican president. agreed to turn back. It’s not a race.”

In general, Meyer is positive about the news from the US. “America is responsible for 12 percent of global greenhouse gas emissions. With any delay in meeting the Paris goals, America plays a big part. Biden’s plans, if they go ahead, are a tentative game changer.”

“This bill is a greatly watered-down version of Biden’s Build Back Better plan, with which he entered the first year of his presidency. Especially the large-scale social security reform for Americans is now little left, because both Republicans and two of Biden’s own party members in the Senate.

Still, the now-negotiated result is a big win for Biden and the Democrats. A large part of Biden’s agenda, especially in the climate field, is coming anyway. And few would have thought that.

That is at the last minute: in November elections will be held for a large part of the seats in the House and Senate, after which it may just happen that Democrats lose their majorities. Democrats are now entering the campaign with a tangible result, in which their key priorities still stand.”