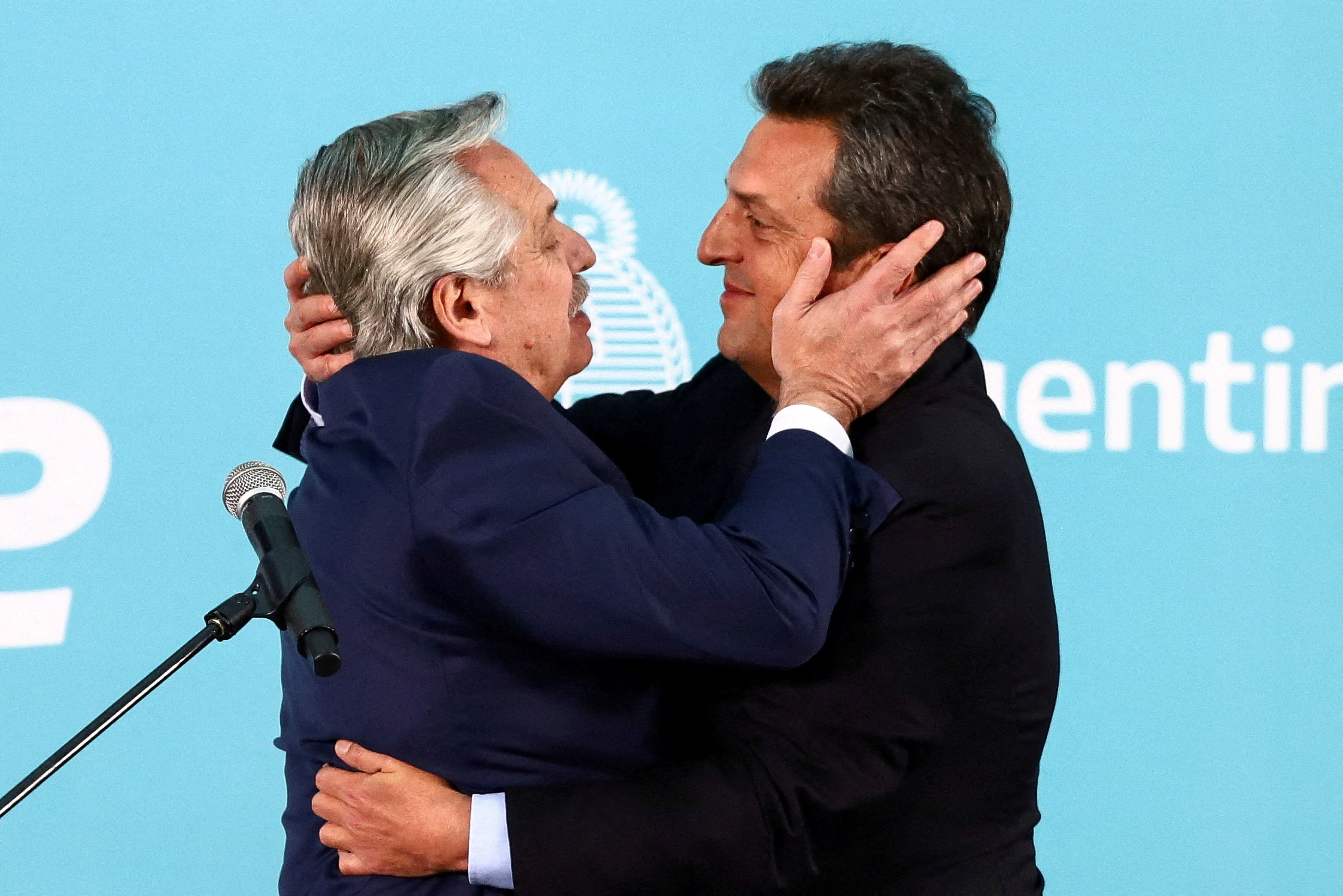 Alberto Fernández and Sergio Massa are close in the economic crisis, despite doubts. REUTERS/Matias Baglietto/File Photo

The arrival with great fanfare of Sergio Massa at the new Ministry of Economy, Production and Agriculture generated discomfort in the Casa Rosada. The high command of the Government sees a collision approaching between the intentions of Alberto Fernández to be re-elected and those of the Tigrense to compete again for the Presidency. However, both leaders of the Frente de Todos chose to work back to back, at least in the initial stretch of the new economic management, to generate confidence around the program that the new minister presented last Wednesday while Cristina Kirchner reserves her opinions. .

Nobody knows what the reaction of the vice president will be, who reluctantly accepted Massa’s entry into the Cabinet, after vetoing it immediately after Guzmán’s untimely resignation. She resigned herself to accepting her landing when the exchange rate crisis precipitated; and although she took a photo with the new official before he took office, she avoided any political gesture after the presentation of his economic measures. Now, they say at the Instituto Patria, the vice president is waiting for “concrete” results.

With some differences in form, Massa’s economic program follows the guidelines of the economic policy that Guzmán wanted to implement, highly questioned by Cristina Kirchner, especially with respect to fiscal balance. And although in the Renovating Front they believe that the adjustment of public accounts is imperative, especially to comply with the agreement with the IMF, they are aware that the measures that prioritize this aspect can generate discomfort in the Patria Institute.

In any case, they believe that they have enough political backing to avoid noise with the vice president. And they believe that the economic shock of recent weeks does not allow any room for internal conflicts to be reissued. “Massa is going to lean on Alberto and Cristina at the same time. The best way to contribute to the Government is to move the economy forward, and that is where it will be concentrated. He is not going to take sides between the two of them,” said a close collaborator of the new minister. And he argued that Massa’s main asset is his ability to “balance a complex coalition” where the two main terminals of the Executive leadership are at odds.

However, this week some sparks began to appear with Cristina Kirchner. Since Friday, massism has been on edge due to the difficulties in effectively naming Gabriel Rubinstein -no less than- as vice minister, based on the resistance of Kirchnerism after the economist’s Twitter messages were revealed, where he condemned both the vice president like the President. 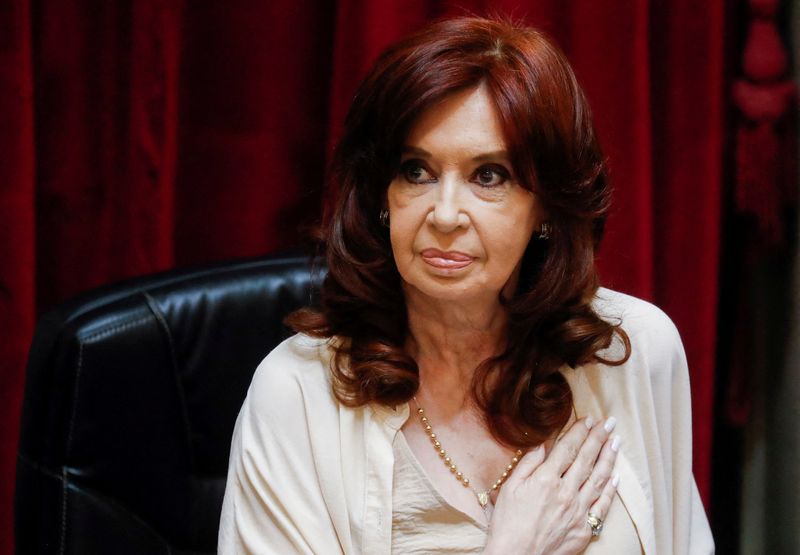 For now, close to Massa they support his appointment, but at Government House they do not put their hands in the fire: they know firsthand the difficulties of acting without the endorsement of CFK, and they believe that Massa is not exempt from these conditions. For now, in a very important office they described as “sloppy” the selection of his profile. “His critical gaze was vox populi, not only in the tweets, but in every interview he gave,” an Albertismo official reproached Massa, worried about a new appearance of Cristina Kirchner’s “paralysis ray” that already affected Guzmán and Batakis, and they don’t rule out it could fall, too, on Massa.

They also directly linked Rubinstein’s landing with the departure of Kirchnerist official Darío Martínez from the conflictive Ministry of Energy, which continues to be delayed despite the fact that Massismo and Albertismo support in unison – the former under their breath, the latter on their lips spokeswoman Gabriela Cerruti – that a change in leadership of the area is imminent.

In the Government House they had to digest several dislikes in recent months, such as the departures with a difference of weeks, of Matías Kulfas, Martín Guzmán, Silvina Batakis, Daniel Scioli and Gustavo Béliz, which added to the prolonged bleeding of the -never whitened- ” Albertism”. However, this week they were satisfied with the President’s decision to “put aside” his “personal” ambitions – that is, electoral ambitions – even momentarily, to show himself with Massa despite the threat it represents for the ambitions of the.

Although they admit that the president was “blurred” in the face of the initial brightness of the landing of the new minister, they trust that the flashes will fade as the days go by, as if they were a “fashion”, and they consider that Alberto Fernández had a gesture of “greatness” when hugging Massa. In fact, they swear that it was not the President who stopped his arrival in the Cabinet, and they attribute that opposition exclusively to Cristina Kirchner. “She is responsible for us having started with the definitive economic program with the dollar 50 pesos higher,” snapped an Albertista leader from the first hour.

They also highlighted that the reciprocity on the part of the Renovating Front helped the relationship. Although the man from Tigre worked on the economic measures practically behind closed doors with his new team, he was in charge of participating by telephone to the President; the day after the swearing-in, he visited the president in his office to hold a long and publicized “working lunch”; and on the last day of the week he joined a management act that was planned, in principle, only between Alberto Fernández and the Minister of Transport, the massista Alexis Guerrera, so that they could see them together. They were gestures of mutual harmony in a delicate context for the Frente de Todos, where the need to show political coherence around the plan that Massa presented – and that the opposition received with little taste – prevails over its own desires.

In any case, Alberto Fernández has a record of the perception of weakness in his figure and works with his people to rebuild his political capital. Despite the fact that he lost the arm wrestling for Gabriel Katopodis to absorb Transport, he managed to impose as Vice Chief of Staff his most relevant Buenos Aires ally, Juan Manuel Olmos, who until Friday had been in charge of the official team of advisers to the.

As soon as he learned of his appointment, even before taking office -on Thursday- the former president of the PJ of the City began to carefully diagram, together with the Secretary of Legal and Technical, Vilma Ibarra -also very close to Alberto Fernández- a new scheme in the area led by Juan Manzur. 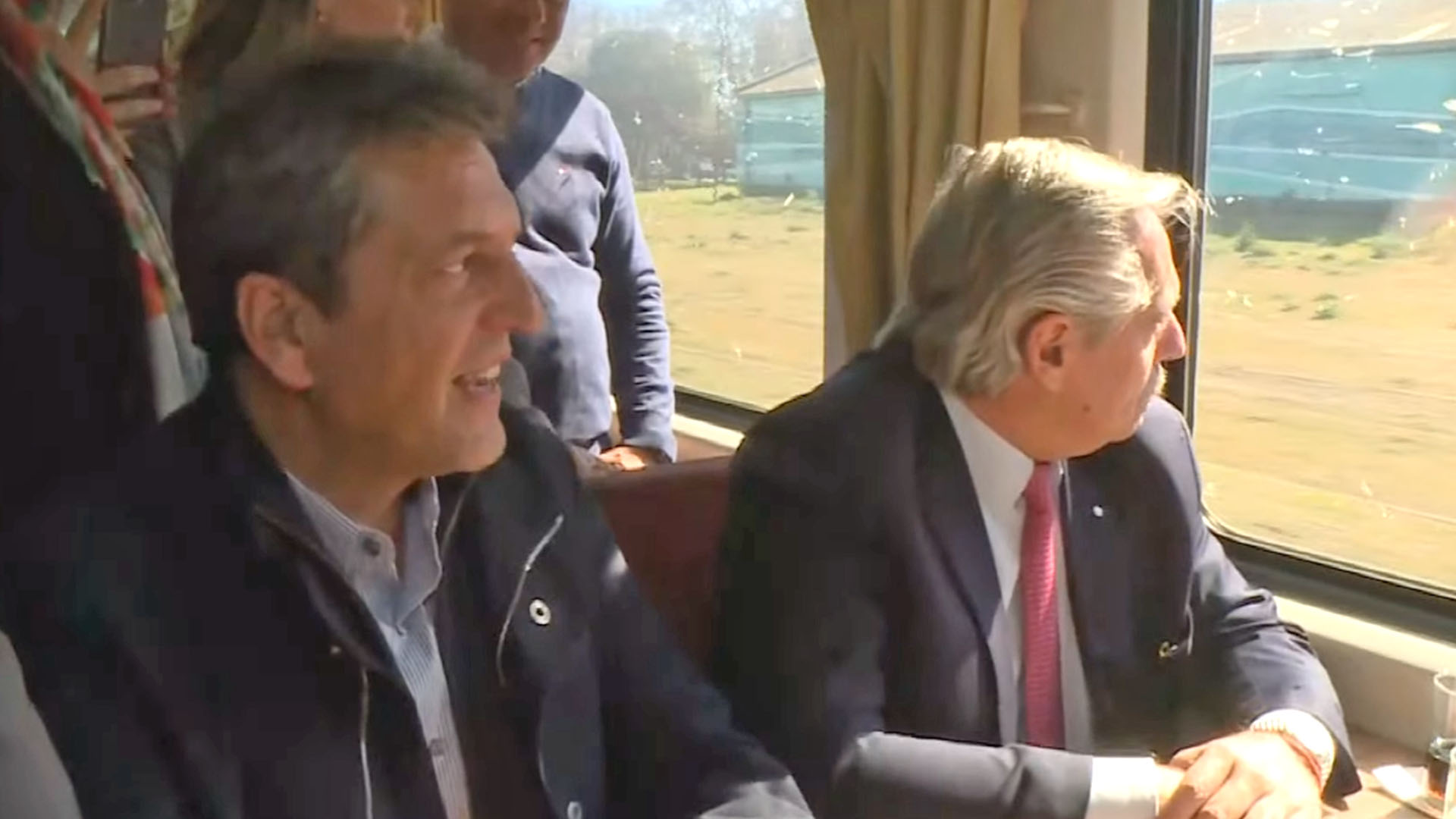 In principle, both already shared the roles. The Tucuman governor on leave will continue to emphasize relations with the interior, and Olmos will dedicate himself fully to the management of ministries and agencies, with the aim of “activating” them after long months of lethargy. Among other changes, he “absorbed” the National Institute of Associativism and Social Economy (INAES), which has a fund of 2,500 million pesos and operated under the purview of the Ministry of Productive Development. And he plans to introduce more changes aimed at increasing the availability of funds and increasing Alberto Fernández’s ascendancy in the national organization chart.

The first Cabinet meeting is scheduled for Wednesday after the new ministerial distribution and the replacement of figures. Massa will be in the center of attention, but also Olmos, who is already in office to replace Jorge Neme, Manzur’s bishop who agreed to leave in exchange for the Planning Secretariat of the Ministry of Economy.

It will be a high-profile meeting, where the economic issue and Massa will have a leading role. Alberto Fernández has not yet decided whether he will be part of it, but in the Presidency they did not rule out that he appear, and they said, suggestively, that for now he does not have an agenda for that day. They also recalled that after the last two important changes in the structure of the ministries – when Manzur arrived and after the ejection of Kulfas – “he went on to greet” the ministers with two messages of “unity”.

For now, in the middle of the ministerial rearrangement and while the economic situation is in discount time, in Balcarce 50 they said that the head of state will continue with his usual agenda. In the next few days, he plans to make the two visits that he usually schedules each week, one to the interior -it could be to San Luis, La Rioja, or Chaco-, the other to the suburbs -he has not yet decided whether to La Matanza or Lomas de Zamora , both districts run by Kirchnerism.

Since Friday, Alberto Fernández has been in Colombia, where he held a series of bilateral meetings with his counterparts from Honduras and Bolivia, and where he will participate today in the inauguration of Gustavo Petro. Driven by his right-hand man, Foreign Minister Santiago Cafiero, the President remains uninterruptedly attentive to his regional role, despite the repeated recommendations of his closest leaders to focus exclusively on the troubled internal politics. 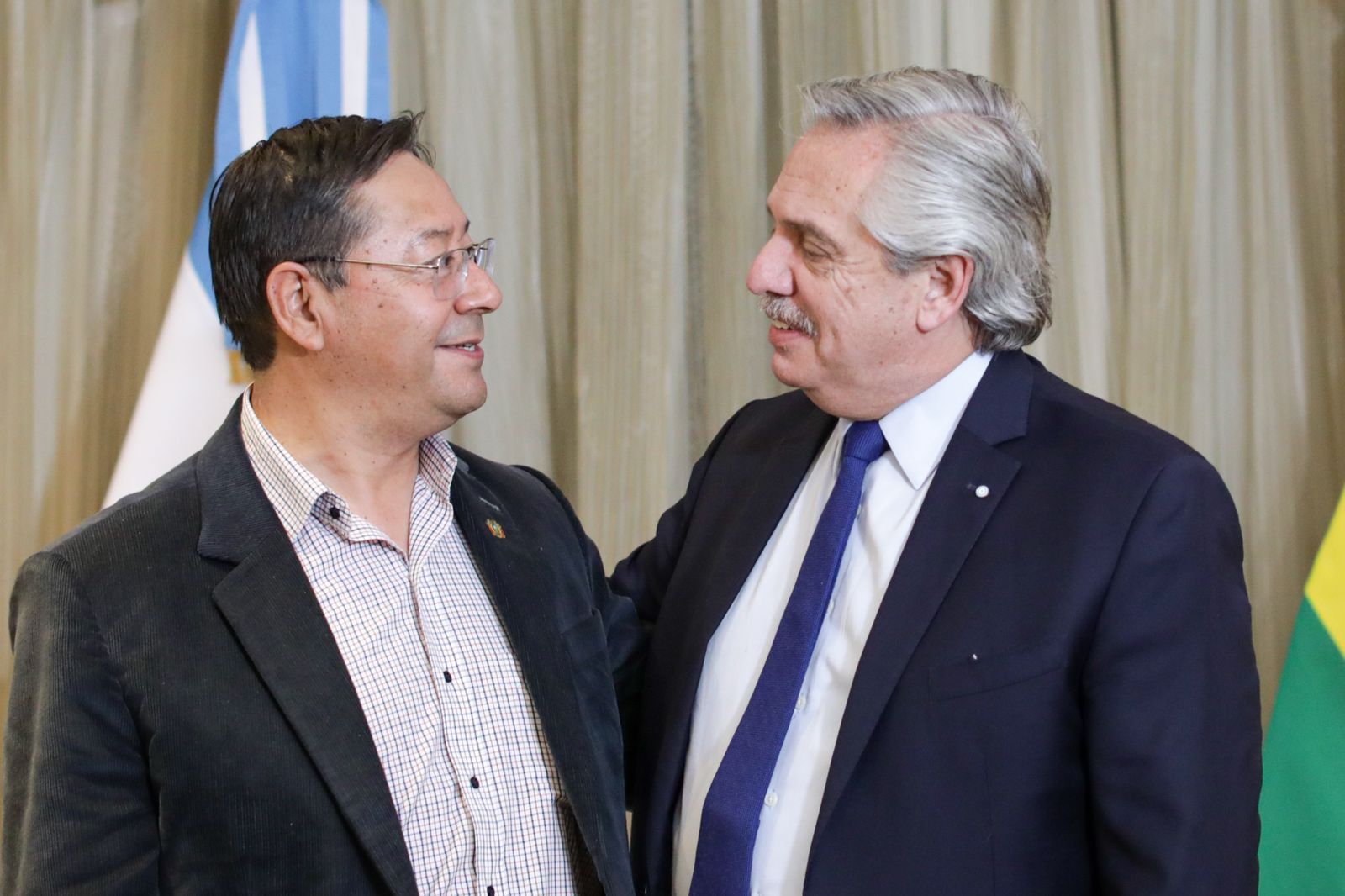 Alberto Fernández’s nod to the Evita Movement: a box of $2,500 million went to the Chief of StaffGustavo Béliz reappeared in the run-up to the commemoration for San Cayetano