Tolima seeks to get out of the losing streak against Jaguares 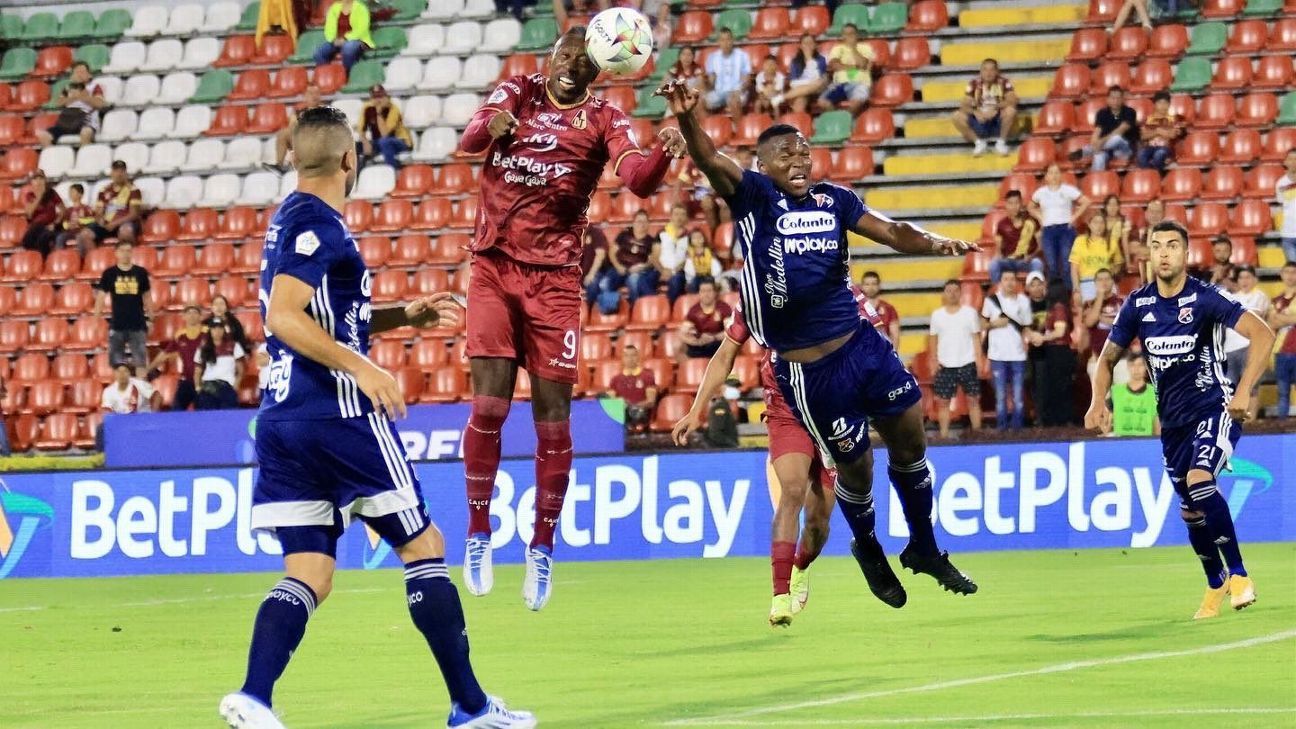 Having reached three consecutive BetPlay League finals in as many editions, the slow start of Deportes Tolima in this Finalization Tournament is somewhat surprising. For this reason, the objective of those led by Hernán Torres is to rebuild the path against Jaguares at the Manuel Murillo Toro stadium.

The coach announced changes for this important match for the aspirations of fighting for a place in the home runs. The most sensitive loss is that of Anderson Plata, whose departure from the club is expected to be made official to serve Al-Adalah in Saudi Arabia. The right winger Juan Camilo Saiz and the midfielder Álvaro Meléndez were not called up either.

To cover their places, Torres summons Leider Riascos, Fabián Mosquera and Kevin Pérez. Goalkeeper William Cuesta still has muscle problems, so Christian Vargas will once again be part of a Tolima team that has the obligation to win and get back into the fight for being one of the eight classified.

And it is that the red wine and gold has won only one of the last five games, including the defeat against Atlético Bucaramanga by 2-1 in his visit to the Alfonso López stadium last weekend.

To complicate matters, Tolima’s rival this afternoon has shown to be in great shape to compete for a place in the home runs. The Cordoba team will go out looking for the three points to stay in the group of eight. With 10 points out of a possible 15, those led by Grigori Méndez arrive with high spirits after their victory last date at the Jaraguay stadium in Montería by 2-1 against Alianza Petrolera.

Although Geremías Meléndez and Andrés Arroyo were injured during that match and for this reason they will not be in the game at the Manuel Murillo Toro, Cartagena’s central defender Iván Scarpeta, who had knee ailments, returned to the Jaguares headline. Although they were beaten after the game with the team from Barrancabermeja, striker Omar Duarte and winger Jhonier Viveros are going to start from the opening whistle in Ibagué.

Colombia U-20 team loses in friendly match against Australia prior to the World CupMiguel Ángel López returns high and finishes third on the podium of the Vuelta a BurgosLiverpool, with Luis Díaz as starter, tied in his debut in the Premier League against newly promoted Fulham

Update on deadly storms in Corsica