The Curiosity robot will explore a new region of Mars 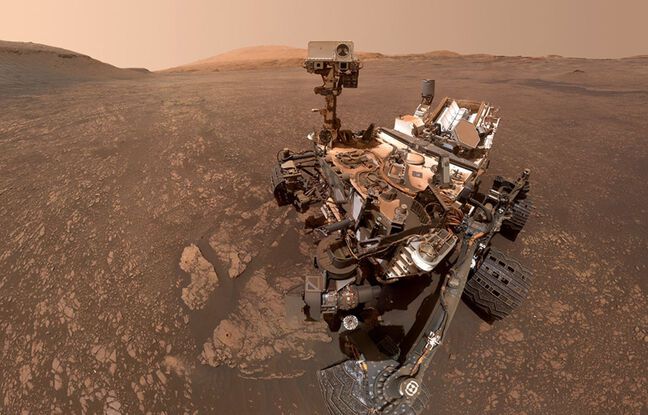 New horizons as a birthday present. The Curiosity robot is celebrating 10 years on the red planet and to begin this new period of its Martian “life”, it is about to discover a region whose soil is essentially composed of sulphates, which it has not yet studied.

At a slower pace than in the past, in order to spare its capacities, the robot advances towards a valley 800 m wide, at the bottom of which the scientists believe they can glimpse the remains of a canal. “We wonder if this is not one of the last flows on Mars”, explains Olivier Gasnault, scientist responsible for France of ChemCam, a Franco-American instrument on board Curiosity. “This zone, which we see a lot on Mars, marks a climatic transition towards the aridity and drying out that we now know,” he adds.

“The main conclusion that can be drawn from the studies carried out by Curiosity, and this was one of the objectives of the mission, is that Mars was habitable for a simple form of life”, rejoices Valérie Mousset, head of project of the “Mars Science Laboratory” (MSL) and Curiosity at the National Center for Space Studies (CNES) in Toulouse. “There was liquid and stable water, and the presence of the molecules necessary for microbiological life,” she adds.

“Curiosity has allowed a change of scale in planetary exploration, by bringing a small laboratory on site, but also to establish strategies and ask the right questions for the next missions”, explained Olivier Gasnault in the premises of CNES, a few days before the tenth anniversary of the robot’s landing.

The scientist cites the example of SuperCam, another tool built with the participation of CNES “thanks to everything we have learned to make it a better instrument”. This device on board Perseverance, the last rover to arrive on Mars in 2021, is capable of analyzing the chemical elements likely to form minerals but was also able to record the first Martian sounds in May 2021, while maintaining high maneuverability.

The forced diaspora of Armenians in Nagorno-Karabakh