Saibari was once lazy and too heavy, now he is ‘a hard worker’ at PSV 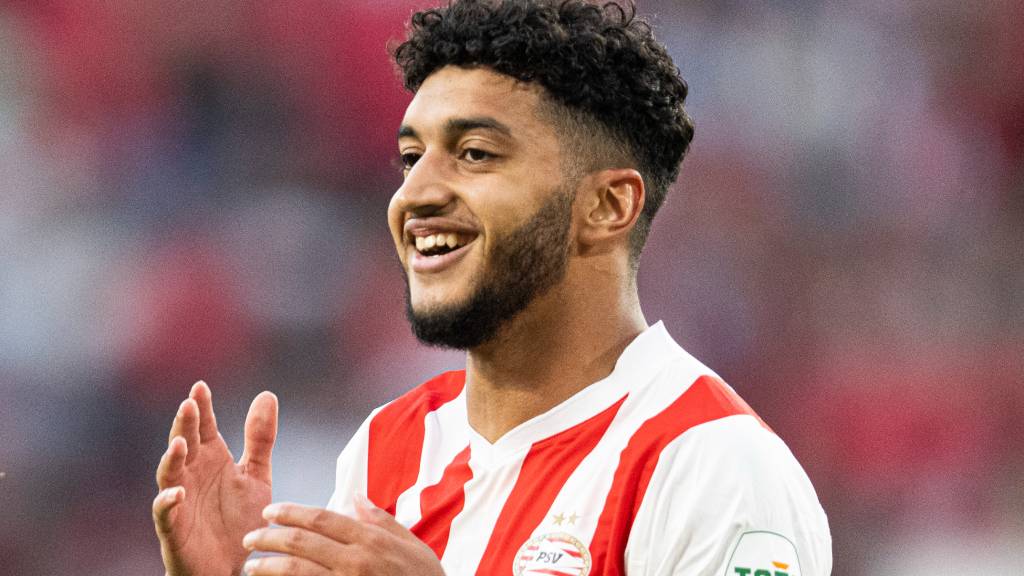 Ismael Saibari is the refreshing surprise of PSV. The 21-year-old midfielder impresses in Eindhoven with his ball skills and cool game. And he may have had the winning goal against Monaco last Tuesday. Who is this born Spaniard who was once sent away from Anderlecht?

Saibari will leave the Belgian Racing Genk in 2020 and choose PSV, which has had his eye on him for a number of years. He comes to Eindhoven with a clear plan: try to advance to the A-team via Jong PSV.

The son of Moroccan parents, who moves from his native Spain to Belgium at the age of six, is already familiar with the interest of PSV during his period at Genk (2017-2020), which watches him several times. But Saibari always thanks for the honor, as he wants to stay close to his family in Belgium.

The young Saibari tries to find his way to the highest level before coming to Genk at Anderlecht. However, the Brussels top club is not happy with the lack of discipline of the young footballer, who has lazy traits and is too heavy.

The youth coaches of Anderlecht will draw their conclusion in mid-2017 and send Saibari away. “I then started to doubt myself. But it did help me, because I was a lazy player then,” he confessed in May in the YouTube series In Den Oto Met Den Tricoo about that period. 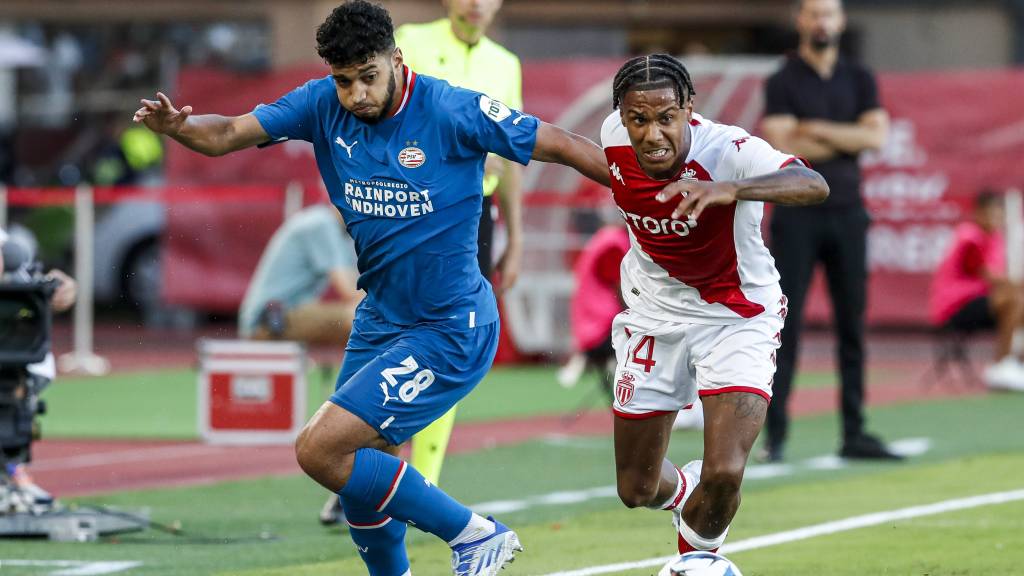 The hard lesson at Anderlecht makes the then 16-year-old Saibari realize that things have to change. Racing Genk gives him another chance and Saibari is changing course.

“Ismael was indeed on the heavy side and lacked substance. But in Genk he started working hard,” says former football player Kevin van Dessel, who worked as a youth trainer with Saibari at Genk between 2017 and 2020. “Ismael’s attitude has always been good. I have been able to work very well with him.”

Van Dessel, who as a football player has a past with Roda JC and VVV-Venlo, keeps good memories of Saibari. “He is a versatile footballer, but his best quality is that, in addition to his technical baggage, he also has a great sense of space. Ismael was always able to estimate that very well. He was always an important player for me.”

Genk’s current assistant coach tells how Saibari had leadership skills from a young age. “He may appear timid and level-headed off the field, but he was a leader on the field,” says Van Dessel.

“I remember well that I once walked out of the dressing room angry at half-time because we played badly. I heard a little later that Ismael had called everyone together to get the heads in the same direction again. That says something. about him.” 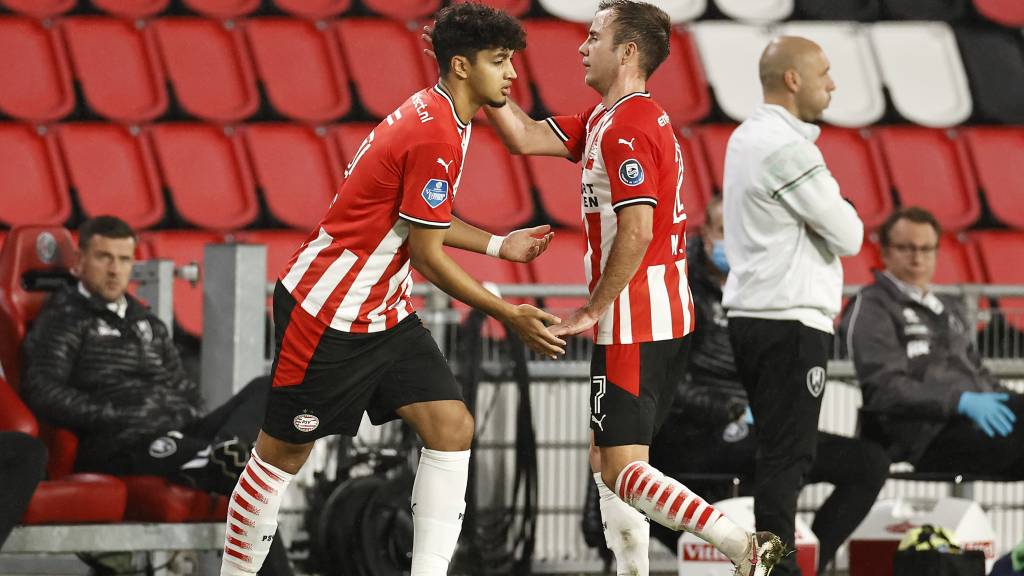 Ismael Saibari will make his official debut for PSV on November 1, 2020 by replacing Mario Götze against ADO Den Haag

Trainer Ruud van Nistelrooij says he has never been introduced to the Saibari from the Anderlecht period. “I don’t recognize that, as I got to know him last season (at Jong PSV ed.)”, says Van Nistelrooij.

“But within last season he made extremely big steps at Jong PSV. As a result, Ismael is now at a certain level that he can show. That is not just a button that you turn on or off, but that is thanks to a year long hard work.”

Ruud van Nistelrooij tells at the press conference about the advance of Ismael Saibari: 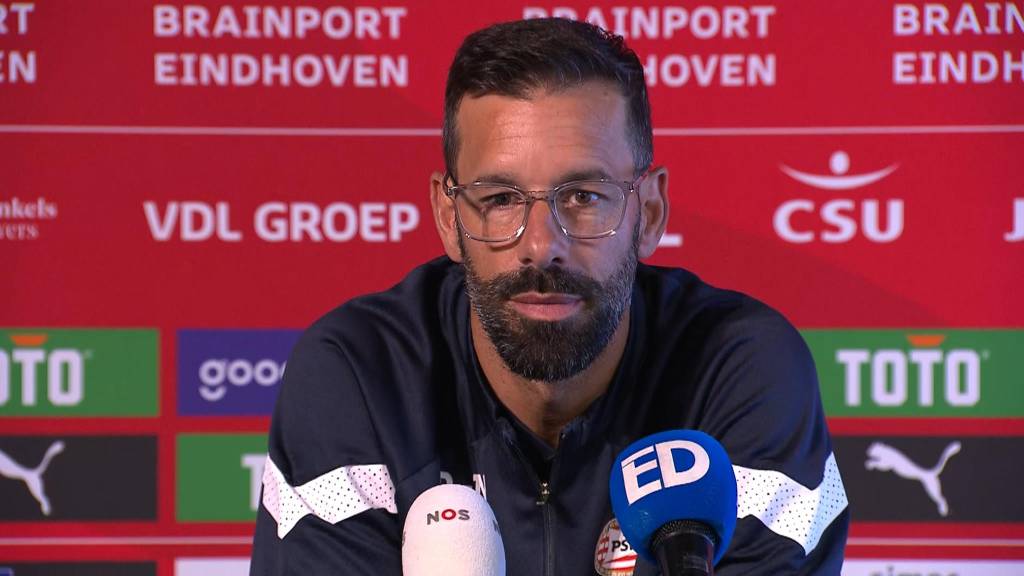 Saibari now seems to be rapidly becoming a mature player at PSV. In November 2020, former trainer Roger Schmidt allowed him to smell the great work with two substitutions (PSV then struggled with a large number of corona cases in the selection).

But the two-year Jong PSV turned out to be the perfect school for him. “I have learned to play against men instead of boys. It has given me much more experience. You learn faster here than playing against peers,” Saibari told PSV TV in July after extending his contract until 2025. .

And if it’s up to him, the best is yet to come. “My two years in the first division went well in football, but I often had to change positions, so I have not yet been able to show my real potential.” 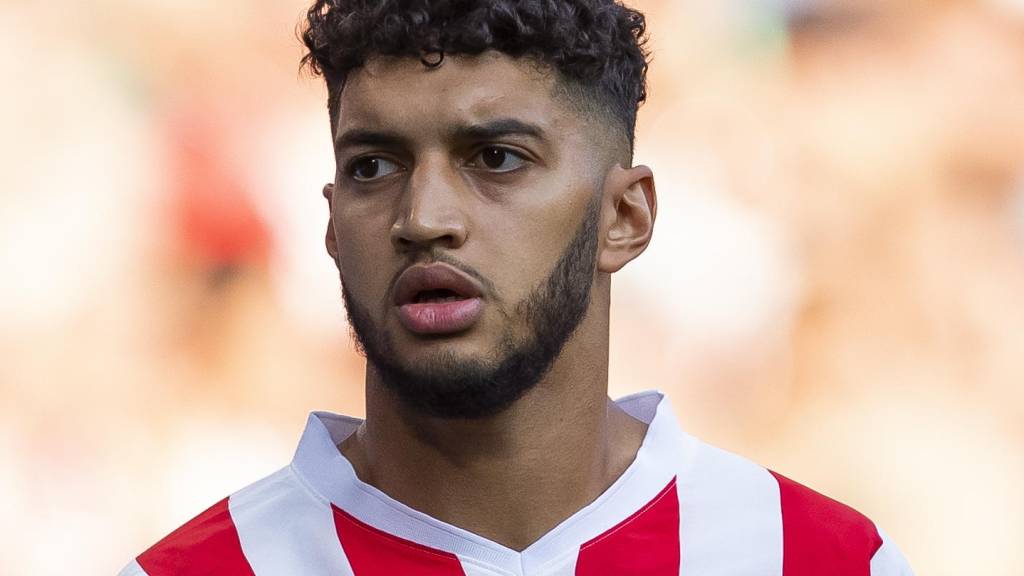 Van Nistelrooij sees that too, because Saibari is now on the right side for the time being, partly due to the absence of the injured Noni Madueke, the most important option.

The trainer and the footballer like each other anyway, because in In Den Oto Met Den Tricoo Saibari lets go a little bit more about the character of Van Nistelrooij. “He’s very relaxed. He doesn’t have a big neck or anything, he’s just very normal to everyone.”

PSV-FC Emmen at the NOS

PSV-FC Emmen starts on Saturday at 8 p.m. You can stay informed of the most important developments via the live blog on NOS.nl and in the NOS app. The duel can also be followed via flashes in Langs de Lijn on NPO Radio 1.

A short summary can be seen immediately afterwards on NOS.nl and in the app. A more extensive version will follow in Studio Sport on NPO 1 (22.55).