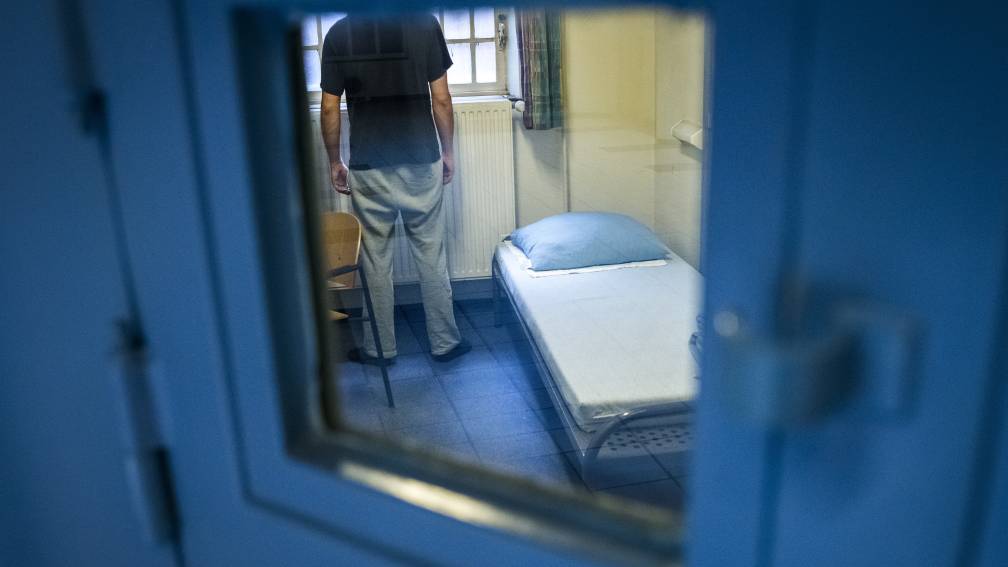 It’s a tricky question for prisons: what to do with the growing group of people who have to spend the rest of their lives inside prison walls. Do you put them together or not? With judges increasingly imposing life sentences, this puzzle is getting more and more complicated.

Ten years ago there were 33 inmates serving life sentences, but now their number has passed 60. So a doubling. And then there are other long-term prisoners: the prisoners who are serving a sentence of more than twenty years.

Last month it became clear that the numbers can rise quickly. In the Eris case, around motorcycle club Caloh Wagoh, three men were given the longest possible sentence in one day.

And possibly more will be added in the near future. For example, life sentences have been demanded against Ridouan Taghi and four co-defendants in the Marengo trial. And in the lawsuit against the suspects of the murder of Peter R. de Vries, the Public Prosecution Service wants life for both the suspected shooter and the driver. The judge has yet to rule on both cases.

Arend de Korte, director of the prison in Roermond and chairman of the Association of Prison Directors, knows why the maximum sentence is imposed more often. “You see that crime is hardening in the outside world, we notice that inside through longer prison terms.”

But partly because of this serious crime, the task of the prison director to guarantee safety in the complex is becoming increasingly difficult, he explains. “Because there is a lot of animosity between all criminal groups, we have to spread these detainees much more across the prisons. Because you don’t want them on the ward together.”

In practice this means: moving prisoners more often and doing better research into who fits together. “That relocation keeps it safe. Otherwise they become too familiar with the building and the staff. You have to imagine: the staff sees the detainees more often than their own home front.”

The highest-security prison in the Netherlands, the EBI in Vught, has also been set up in such a way that the residents only see a few other detainees in their daily lives. acquaintances are not allowed in the ward together.

You can see exactly how this works in this video:

In addition to the EBI in Vught, according to prison director De Korte, there are ten other complexes where severely punished prisoners can stay. At the moment we still manage to separate the high-risk inmates in this group, “but if this trend continues, we might need an 11th or 12th location”.

Because although the life sentences of the total number of 8500 prisoners is a marginal group, a lot of attention is paid to them. “This is their home, their living environment. They have to stay here for years to come. We have to arrange that in a humane way,” says De Korte.

So just placing long-term prisoners among other prisoners is not possible, he says. “Because they have been there for years, they benefit much more from peace and regularity.” According to the director, short-term prisoners, who spend a few weeks or months in jail, are much noisier and cause more unrest. “The long-term prisoners are not waiting for that at all.”

Because of this need for peace, some lawyers prefer to see all life sentences put together. Lawyer Hettie Cremers, involved in the Lifelong Forum Foundation, also feels the same way. She advocates special lifelong departments where the rules are more lenient than in other departments. “A trial shows that the detainees are much more accepting of their sentences as a result.”

Prison director De Korte acknowledges that, “but for safety it remains important to let them rotate. It is our task to find the balance”.

Want to know more about life imprisonment? Such as the difference between the Netherlands and other countries and why life under pressure from Europe may soon no longer be a life sentence? Watch this video from NOS on 3:

Why more and more killers are getting life sentences

Video: they rescue a Colombian miner who spent 10 days in a sinkhole in the Dominican Republic

Weather in Mazamitla today: the forecast for Wednesday, August 10, 2022