Research into the safety of football photographers in stadiums 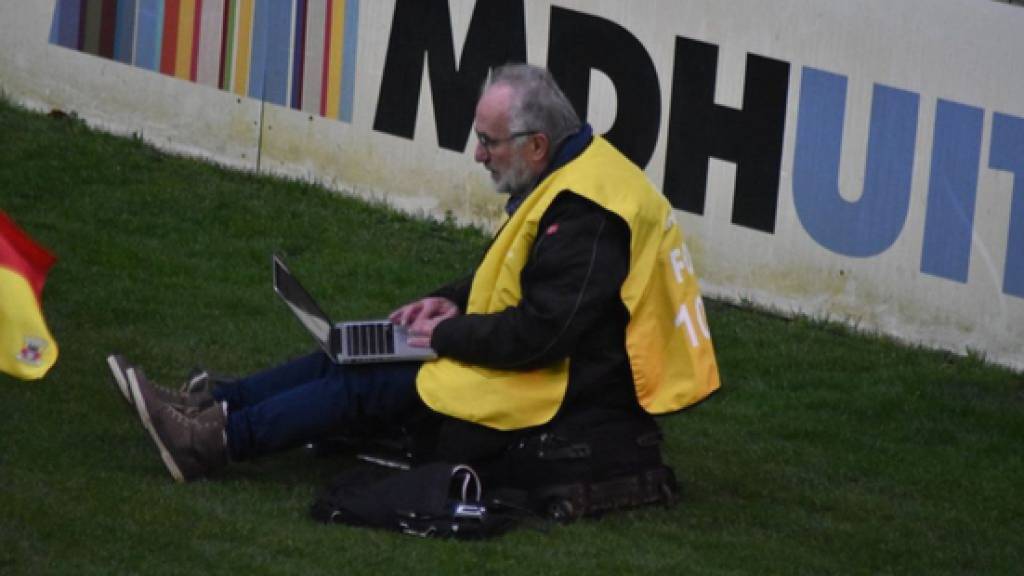 At the start of the professional football competitions this weekend, an investigation was launched into the safety of football photographers, cameramen and journalists in stadiums. Press representatives down the line feel threatened or complain that they can’t do their job properly.

“Supporters just try to make you aware,” says Van den Boom. “You have a laptop next to you. If there is beer on that, your laptop is screwed up. You really get dozens of beers around your ears. But also eaten apples, candy and even a broken phone once. And I don’t dare turn around because then it will get worse.”

The safety investigation that the KNVB football association started yesterday together with TV channel ESPN and the Dutch Sports Press Service NSP should show how big the problem is, whether it has become bigger after corona and what can be done about it.

Discomfort on the field

“Under the supervision of a KNVB Safety Auditor, we will look at, among other things, the workplaces, safety and protection against fireworks, beer showers and other inconveniences that are increasingly thrown from the public to the workers along the field,” according to the statement. NSP on the website. “The walking routes in and outside the stadium are also being looked at.”

The investigation started last night in the Heracles stadium in Almelo. After that, other stadiums will also be added. “All safety aspects from parking spaces to work on the field position are covered,” according to the NSP.

For Van den Boom, the investigation does not come a day too soon. The football photographer says that he has 30,000 euros worth of equipment with him. Items that are therefore at risk. “And it is almost impossible to insure. If something happens twice, the insurer is already doing it difficult,” he says. But apart from the money, it makes his job almost impossible. “You can’t stand where you want to be. It also comes at the expense of the pleasure in your work. It’s terrible.”

Fellow football photographer Paul Meima from Arnhem also indicates that the situation in the stadium is deteriorating: “The problems have increased. Throwing excesses with fireworks, increase in the number of beer showers. It’s a shame, drink it up and stop with that nonsense.”

“At Cambuur, fireworks were thrown. Then I had to quickly put my material halfway into the goal, because the fireworks flew around my ears,” says Meima. “I don’t worry about myself, but about my equipment.”