Ligue 1: after a year marked by travel bans, supporters hope for more flexibility from the authorities

An extraordinary backpedal. Initially banned by a prefectural decree from traveling to Dijon, for the resumption of Ligue 2, 400 Saint-Etienne supporters were finally able to witness the defeat of the Greens (2-1), Saturday July 30. The conditions of their arrival were still strictly framed by another decree. To reach the Gaston-Gérard stadium, they had to take a bus escorted by police, without the possibility of going to the city center. “It was the best suited solution and it was validated by the Saint-Etienne supporters”, points out Frédéric Carre, secretary general of the prefecture of Bourgogne Franche-Comté.

The latter justified this measure by “the overflows” observed during the last official match of ASSE, against Auxerre. However, there was no animosity between Dijon and Foréz supporters. In fact, the meeting took place without the slightest incident. In a press release, the Association for the Defense of Stéphanois supporters (bringing together the three ultra groups) welcomed “the dialogue between the stakeholders”.

“We can only welcome the dialogue between the stakeholders…”, press release from the groups of Stéphanois supporters

For AD2S, two couriers left in the direction of @Prefet76 & @prefet59 in order to organize the next two trips intelligently. pic.twitter.com/YIwARx2ZyN

— Association for the Defense of Stéphanois Supporters (@AD2Sasso) August 4, 2022

This decision, even accompanied by the restrictive prefectural decree, contrasts with the trend observed in the 2021-22 season. At least 129 trips by supporters to follow their team away have been limited or supervised, according to a count by the National Association of Supporters (ANS). According to the latter, this is unheard of since the 2015-16 season, a period marked by the establishment of a state of emergency following the attacks in Paris and in front of the Stade de France.

“Some matches are complicated to organize, such as Marseille-Paris or Lyon-Saint-Etienne”, notes Pierre Barthélémy, lawyer for the National Association of Supporters. But decrees are issued without any rivalry, sporting or “in the stands”, justifying them at first sight.

In October 2021, Marseille supporters, for example, were unable to go to Clermont… even though the two teams had never met in the league. “They also forbade the people of Nantes from coming to the Vélodrome, when there is no animosity, remembers Mathieu, a member of the ultra group MTP (‘Marseille Tout Puissant’). For hot trips to Lyon, Saint-Etienne or Paris, I understand, but for the rest…” 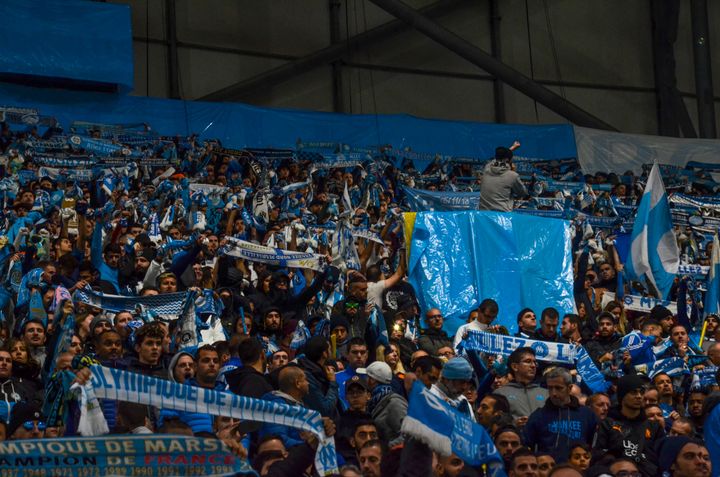 The MTP, a group of OM supporters, during the Lyon reception on November 10, 2019. (NICOLAS MILLET / HANS LUCAS via AFP)

“It is also up to the clubs to ensure that the most passionate supporters are calmer”, tempers Frédéric Carre. Overflows including visiting supporters are sometimes to be deplored. “But the world of supporterism sold to people is not reality, continues the faithful ultra Marseille. People think it’s a violent world where everyone fucks. I’m 44 years old and I’m a father , I have passed the age!”

“There can be idiots like everywhere, but above all there are very good stories”, observes Hippolyte, a young supporter from Rennes. This 21-year-old accountant travels across France with his girlfriend to support the Rouge et Noir. “At the beginning, it was the only woman, now there are about thirty of them,” he smiles. Not really known to be “hot”, Rennes supporters are relatively spared from the arrests.

To make matters worse, the decrees are often issued a few days before the meetings. “I work in a travel agency, so I can put options on train tickets. But otherwise …”, sighs Valentin, a Messin accustomed to travel. “As a result, we are starting to get used to anticipating,” continues the 30-year-old.

Like him, other supporters buy tickets in the “classic” stands, in the middle of the fans of the team playing at home. Their safety is, in fact, less assured there than in visitor parking. 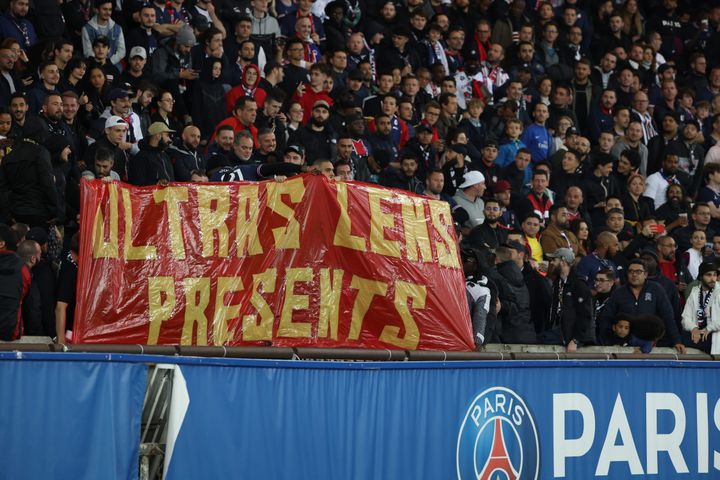 Lensois supporters at the Parc des Princes, April 23, 2022, during a match between Paris Saint-Germain and RC Lens. The visitor parking lot was closed. (MAXPPP)

In most cases, prefectural decrees prohibit visitors from displaying any element of support for their club when they are in the city center, at their opponents. “It was the case in Angers, reports Hippolyte. I still went there with my jersey, and on arrival, Angevins took pictures with me…” For him, these decrees are not “used to nothing”. Some even see it as a form of “laziness” of the prefects.

“In 90% of cases, it is clearly a prefect who does not want to bother organizing a trip upstream or managing it on D-Day”

Pierre Barthélémy, lawyer for the National Association of Supporters

These scenarios are all the more talked about when compared to the rules in the rest of Europe. “In Rotterdam, everything was under control, relates Mathieu, referring to the match between OM and Feyenoord, in the semi-final of the Europa League conference in April 2022. There was a fan zone with food, drink, everything. went well.” Same story with Hippolyte, who attended the Rennes match in London in March 2019, in the round of 16 of the Europa League: “We were 6,000 against Arsenal, I was a little apprehensive. I thought there would have incidents, but it was handled very well by the police.”

In France, on the contrary, more than one feedback criticizes the attitude of the forces of order. “The police sometimes take themselves for cowboys, sighs the garnet supporter Valentin. In Lille, in 2014, we were searched by dogs, they took out the tear gas when we were festive. It was our first match in Ligue 1 for six years!”

“Before a match in Nantes, the leaders of the association went down to talk to the police. They ended up with batons and eleven stitches in total!”

These statements recall the incidents on the sidelines of the last Champions League final at the Stade de France. The government then widely castigated the behavior of English supporters, denying any responsibility for the police. The new Minister of Sports, Amélie Oudéa-Castéra, “‘thanks’ to these events, revived the subject, testifies the lawyer Pierre Barthélémy. She relaunched the National Support Authority, met actors. Echoes that we had some, she was very attentive”.

This glimmer of hope is in line with advances planned before Covid-19. Thus, in the fall of 2019, a circular from the Ministry of the Interior stipulated that the prefects limit travel bans.

A report tabled in May 2020 in the National Assembly by deputies Marie-George Buffet (PCF) and Sacha Houlié (LREM) also goes in this direction. Alas, the 2020-21 season was largely played behind closed doors. The various incidents that occurred during the last financial year did not allow the positive signals to materialize. “We are confident that these arrests will decrease, assures Pierre Barthélémy. But we are so high, it can only go down!”