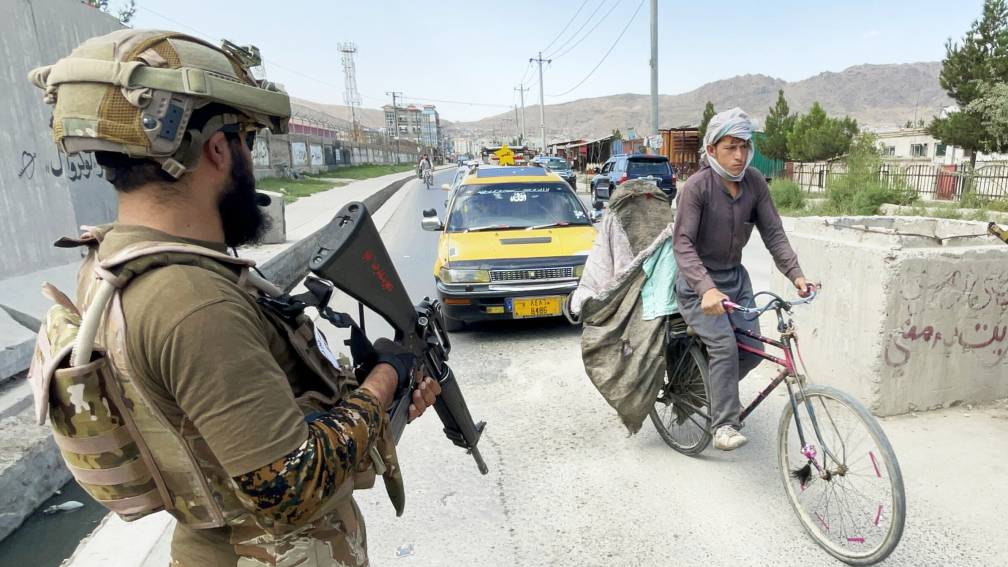 How could an al-Qaida leader stay in central Kabul? And what consequences does his presence have for the future of Afghanistan? Last Saturday, al-Qaeda leader Zawahiri was killed by a US drone on his balcony in the Afghan capital. A week later, residents of the city still have many questions.

On the day in question, it is just after 6 a.m. when Ahmed steps out of his house in a suburb of Kabul. He goes for a run with a group of neighbors. As a former lieutenant colonel in the Afghan army, he tries to hide from the Taliban as much as possible, but sports is an important outlet. Then there is an explosion. “We heard an explosion and my friends immediately thought of a car bomb. But it sounded different to me,” says Ahmed.

Elsewhere in town, Javed is driving to his office that morning. The peace activist, as he describes himself, receives a WhatsApp message from the building’s security team en route. There has been an explosion near his work, he reads, but at the time he doesn’t remember much.

A lot of uncertainty

At that time, speculation about the explosion was raging in the Afghan capital. Was it some improvised explosive device by the side of the road, or maybe it was just a gas tank exploding in a house? After decades of war, Afghans have been forced to become experts at deciphering the sound of an explosion.

On Tuesday, a speech by President Biden brings clarity. The source of all the uproar was a US drone strike. This is unexpected: since the departure of the Americans from Afghanistan, this is no longer as normal as before.

And then the target is not the least: Ayman al-Zawahiri, the leader of al-Qaida, the man who masterminded the attacks on September 11, 2001, the world out of balance and left an indelible mark on Afghanistan.

Javed: “We thought the foreign troops were gone and air strikes would not occur again. But this shows that the US is not done with Afghanistan yet.”

People say the Americans can just come back and attack anyone they want, whenever they want.

“I don’t feel anything for that man,” says Ahmed. “Zawahiri has caused a lot of suffering in the world and his organization is funding the Taliban, who have destroyed 20 years of hard work on our country and our military.”

Both men say they discuss the attack at length with friends. Everyone is talking about it in Kabul, they say, but outwardly they are cautious. They share their opinion anonymously and have contact with the NOS via the secure messaging app Signal. Under the current Taliban regime, it is not safe to talk openly about politics and speculate about ties to al-Qaida.

‘Can’t do without help’

The Taliban say they were not aware that Zawahiri was in Kabul, but Javed is not convinced. He even believes it is possible that part of the Taliban regime helped the Americans take him out. “A complicated attack like this, how can it be carried out without help from Afghanistan itself?”

According to Javed, the liquidation does not necessarily mean that the so-called Doha agreement can be thrown into the trash. This agreement between the Americans and the Taliban states, among other things, that Afghanistan must not be a shelter for terrorist organizations.

The drone attack, according to some Afghans, shows that there is disagreement within the Taliban. And that will only increase, because the group has all kinds of different interests internally. In addition, the action undermines the Taliban’s claim that America has been defeated. “People say the Americans can just come back and attack anyone they want, whenever they want,” says Javed.

But among the population there are mainly concerns about more UN sanctions against their country. People are less concerned with the threat of terrorism, but worry about feeding their families. “Ultimately, I fear that the local population will suffer,” Ahmed says.

The names of Javed and Ahmed have been changed for security reasons.

Vibrant 2-2 between Sporting FC and Alajuelense