Israel plans ‘one week’ of raids on Gaza 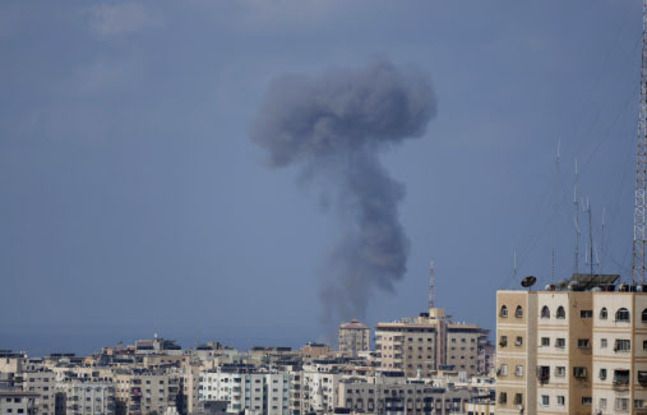 The Israeli army announced on Saturday that it was preparing for “a week” of raids on the Gaza Strip, where exchanges of fire with the Palestinian Islamic Jihad have already killed a dozen Palestinians.

The worst outbreak of violence between the two foes since a blitzkrieg last year has already deprived the small spit of land wedged between Egypt, the Mediterranean and Israel and its 2.3 million inhabitants of their only power station . It “stopped (working) due to a shortage” of fuel, the electricity company said on Saturday after the Jewish state closed its border crossings in recent days, effectively interrupting diesel deliveries.

Cairo is trying to mediate

On one side of the border, rocket warnings continue to sound in Israeli communities adjacent to Palestinian territory. On the other, the city of Gaza is as if paralyzed, between deserted streets and closed shops. And no way out seems to be emerging. An Israeli military spokesman assured that the army “is not currently conducting negotiations for a ceasefire”. Earlier, however, Egyptian officials had indicated that Cairo, a historic intermediary between Israel and the armed groups in Gaza, was trying to establish mediation and could welcome a delegation from Islamic Jihad this Saturday.

The Israeli army claims to target sites belonging to the Islamic Jihad. Fifteen of its fighters have been killed since Friday afternoon, the army estimates, while Gaza authorities report 13 dead, including a five-year-old girl, and more than 100 injured. The shots from Gaza have so far caused no casualties or damage, most of the rockets being intercepted by the anti-missile shield, according to the Israeli army.

Islamic Jihad’s armed wing, the Al-Quds Brigades, claimed on Friday after firing more than 100 rockets into Israeli soil that it was only a “first response” to the assassination of one of its leaders, Tayssir Al-Jabari, in an Israeli strike.

Arrests in the West Bank

Overnight, Israeli forces also arrested in the West Bank, territory occupied since 1967 by the Jewish state, 19 members of Islamic Jihad – considered terrorist by Israel, the United States and the European Union. It was the arrest of a leader of the group in the occupied West Bank earlier this week that led to this new armed confrontation. The Israeli authorities, saying they fear reprisals, have claimed to launch a “preventive attack” in Gaza, a micro-territory governed by the Islamist movement Hamas and where Islamic Jihad is well established.

This is the worst confrontation between the Jewish state and armed organizations in Gaza since the war which in eleven days in May 2021 left 260 dead on the Palestinian side, including combatants, and 14 dead in Israel, including a soldier. , according to local authorities. Islamic Jihad ruled out the option of a ceasefire on Saturday, saying “focus on the ground”. After the first raids, the organization accused the Jewish state of having “started a war”. Its secretary general, Ziad al-Nakhala, assured that it would fight “relentlessly”, in an interview with Lebanese television Al-Mayadeen, in Tehran.

“Israel carried out a precise counterterrorism operation against an immediate threat,” Israeli Prime Minister Yair Lapid said on television on Friday, accusing the armed group of being “a proxy for Iran” wanting to “kill innocent Israelis”. “We will do whatever it takes to defend our people,” he said. The Arab League condemned “the ferocious Israeli aggression”, while Jordan, neighboring Israel and the West Bank, “stressed the importance of ending” this “aggression”.

In 2019, the death of an Islamic Jihad commander in an Israeli operation gave rise to several days of deadly exchanges of fire between this group and Israel. Hamas, which has fought Israel in four wars since seizing power in 2007, kept its distance. Since 2007, the Jewish state has imposed a strict blockade on Gaza, plagued by poverty and unemployment.

Since Tuesday, it has also closed all its border crossings, forcing the thousands of Gazans holding work permits in Israel to stay at home. And also preventing around 50 people who normally leave the enclave daily for treatment, according to the World Health Organization (WHO).

France: resumption of fires, 6,000 hectares burned and thousands of evacuees

Rheden in the fight against drought and flooding | NOW

Teacher strike throughout the country: a picket of teachers causes traffic chaos in Corrientes and Callao