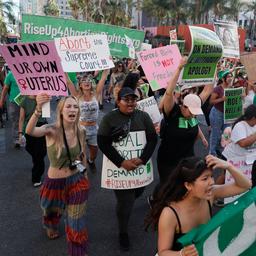 The Indiana Senate passed a law Friday banning almost all types of abortion. This makes Indiana, where Republicans hold power, the first state to pass an anti-abortion law since the Supreme Court repealed the constitutional right to abortion in late June.

The law prohibits abortion, but there are exceptions. such as a pregnancy resulting from rape or incest, or if there is a medical necessity for abortion.

The state House of Representatives had previously approved the law. Republican Governor Eric Holcomb has yet to sign the bill before it goes into effect.

Earlier this week, the right to abortion was upheld in Kansas after voters massively voted against an abortion ban in a referendum.

Weather in Tapalpa today: the forecast for Wednesday, August 10, 2022

Mercato Mercato: Alexis Sanchez welcomed in a volcanic atmosphere in Marseille … FC Barcelona is sure to be able to recruit Bernardo Silva … Follow the live with us