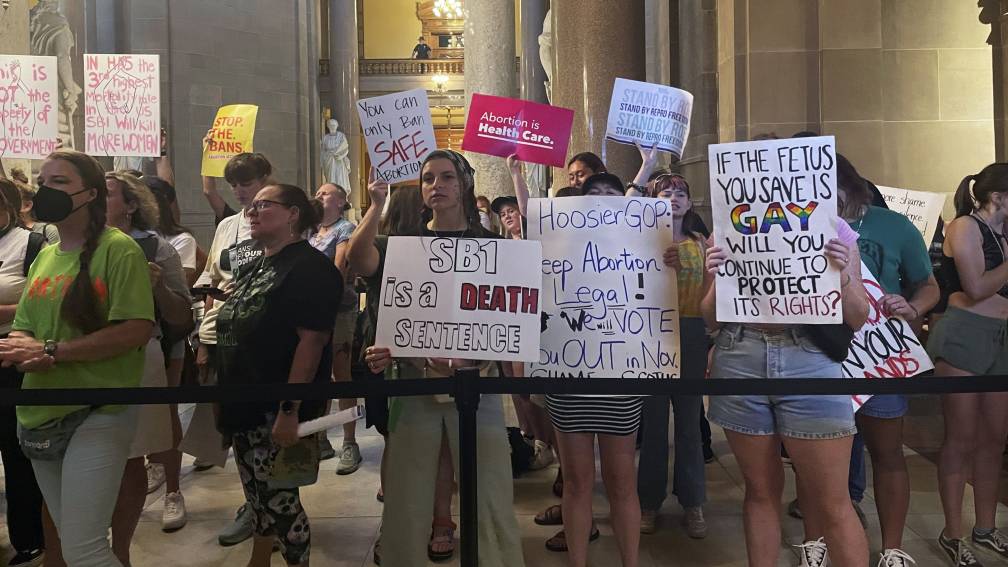 Indiana is the first state since the Supreme Court’s decision to end abortion. The legislation has yet to be signed by Republican Governor Eric Holcomb.

In late June, the Supreme Court overturned previous rulings that safeguarded the federal right to abortion. As a result, abortion legislation came back into the hands of the states. The ruling sparked controversy both inside and outside the US.

America’s abortion law has long been based on the famous Roe v. Wade Supreme Court ruling in 1973, which stated that women have the right to make decisions about their own bodies. States could not prohibit an abortion if it was performed before the unborn child was viable, between 22 and 24 weeks gestation.

After the ruling, it was expected that half of the American states would introduce an abortion ban. Indiana is now the first state to be banned by both houses of parliament. Inside and outside the parliament building, protesters shouted slogans and wore T-shirts that read: “Hands off our bodies.”

The ban allows for a small number of exceptions, such as in the case of rape and incest (up to ten weeks after conception) and when the mother’s health is at stake.

What about Roe v. Wade now? And why has abortion been such a hot topic in the United States for years? Correspondent Marieke de Vries explains it in this video:

Why abortion in the United States has been debated for years