Head of Amnesty Ukraine resigns out of dissatisfaction with ‘unilateral’ investigation 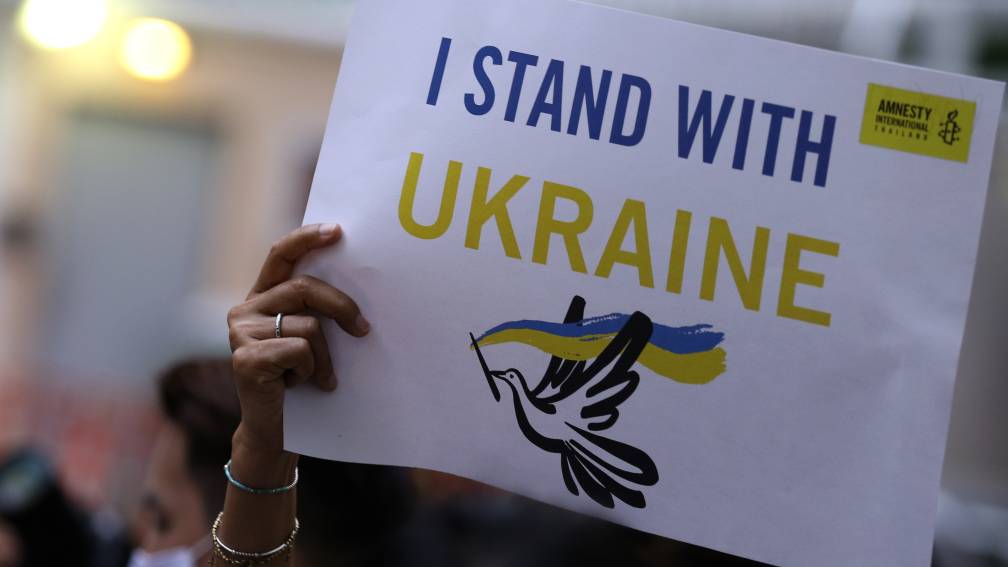 The head of Amnesty International in Ukraine resigns. She does so out of dissatisfaction with an investigation by the international branch of Amnesty. The human rights organization concluded that the Ukrainian army is endangering its own citizens by building army bases in residential areas, schools and hospitals. Oksana Pokalchuk finds that conclusion one-sided and “an instrument of Russian propaganda”.

Amnesty released its findings last Thursday via a press release. Between April and July, the human rights organization visited a number of Ukrainian regions where Russian troops had carried out deadly attacks on populated areas containing apartment buildings, hospitals and schools.

On the basis of witnesses and measurements, Amnesty concluded that the Russian attacks were regularly preceded by Ukrainian shelling from the relevant locations. Although Russia commits the most atrocities, Ukraine also violates international agreements, Amnesty said. The organization spoke of a pattern.

Pokalchuk, the head of Amnesty in Ukraine, calls the findings one-sided. She said she had asked Amnesty several times to include the position of the Ukrainian armed forces in the conclusions. “Unfortunately, we came to a dead end in the early stages of this report.”

According to Pokalchuk, her organization’s international division gave the Ukrainian Defense Ministry “very little time” to respond to the findings. Amnesty International wrote that the organization had contacted the ministry on July 29 for a response, but that Amnesty had not received it when it was published on August 4.

“As a result, the organization, without wanting to, created material that sounded like support for Russian stories,” Pokalchuk writes. on her facebook page as a reason to quit. “In an effort to protect civilians, this report has become Russian propaganda.”

The Ukrainian head had hopes for a solution with the international branch yesterday, but now says he sees that her efforts will not change anything. “Such important reports, published at such a time and in such context, must contain data about the other side of the war, about who started this war.”

Ukrainian President Zelensky also strongly criticized the report on Thursday. “The responsibility is thus shifted from the aggressor to the victim.” With the report, “the human rights organization is trying to justify Russian terror,” Zelensky said.

Weather in Mexico: the weather forecast for Cancun this August 10

France: resumption of fires, 6,000 hectares burned and thousands of evacuees

Rheden in the fight against drought and flooding | NOW