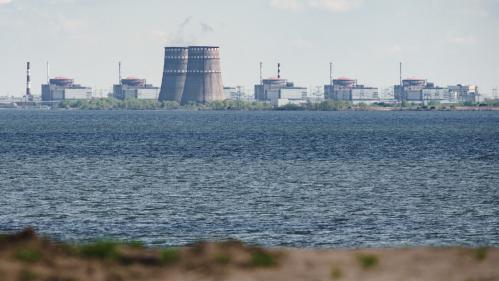 The European Union is raising its voice. It “condemns Russia’s military activities around the Zaporizhia nuclear power plant. This is a serious and irresponsible violation of nuclear security rules and a new example of Russia’s disregard for international standards”, said Saturday August 6 the head of European diplomacy Josep Borell.

kyiv accuses the Russian army of having carried out artillery strikes near the Zaporizhia nuclear power plant, the largest in Europe, under Russian occupation since the start of the war. Moscow, for its part, claims that “Ukrainian shells” damaged a hydrogen pipe at the plant, causing a fire which was quickly brought under control. A reactor targeted by strikes was thus stopped.

Ukrainian head of Amnesty resigns. Oksana Pokalchuk has announced her resignation after the publication of a report by the NGO which accuses the Ukrainian armed forces of endangering civilians. She criticizes the report published Thursday for having unwittingly served “Russian propaganda” and for not having integrated the Ukrainian team into its investigation.

Vladimir Putin and Recep Tayyip Erdogan met in Sochi. The Russian president and his Turkish counterpart decided on Friday to strengthen energy and economic cooperation between the two countries after their meeting on the shores of the Black Sea.

Three ships loaded with grain have left Ukrainian ports. The three vessels will serve Ireland, England and Turkey, while one boat is heading to the port of Chernomorsk in southern Ukraine.

Public transport: The Government yields and endorses the operation of motorcycle taxis

The beluga was euthanized during transport

We are on hold more often and longer at customer services