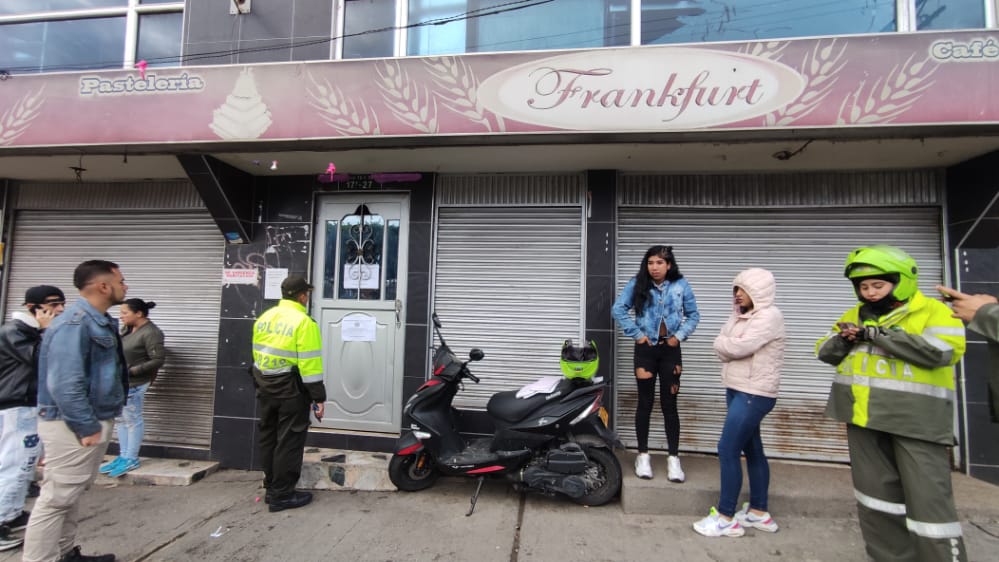 Taken from Diana Diago. Inhabitants of Ciudad Bolívar denounce that bars are operating irregularly, despite being sealed.

It is unusual that one of the reported establishments had already been sealed, but, even so, it would continue to be open to the public until 5 in the morning, a situation that would be harming the rest of the residents.

According to the complaints,

“One of the nightclubs located on Calle 70c Sur #17f-27 called ‘Discoteca Panaderia City’ was intervened by the Police and sealed when they found that there were at least 46 minors inside the establishment without any surveillance. I received several images about this nightclub promoting strip shows with posters pasted to the door to attract the public. In a residential neighborhood where children live,” said the Bogotá councilwoman, who represents the Democratic Center.

Regarding the latter, the testimonies of the parents outline the intrigue of the children due to the presence of the vehicles that are parked in front of the establishments. All this would show the discomfort, not only because the bars are in the middle of a residential sector, but because they would be encouraging minors to enter there.

“My children always ask me about the high-end vans that are parked in front of those nightclubs. I am concerned that minors enter those places where even people begin to consume drugs in front of my house”, was one of the testimonies provided by the lobbyist in the Council. Diana Diago added that the citizen is in danger, since she has repeatedly denounced this situation, for which she has received threats, according to her, from the clients of the place.

But this has not been the only person who has requested the intervention of the authorities, several inhabitants of the sector have filed the complaint, because despite the fact that the place is sealed, it is still open to the public. Apparently, they have contacted Lucero’s Immediate Attention Command, CAI, several times, but they have not been effective in exercising control.

“This discotheque ignored the sealing and this is the moment, that they have their doors open. The community of the sector has constantly tried to dialogue with the CAI Lucero in Lucero Bajo but they warn that more available force and security cameras are needed, ”reviewed the corporation who claims to have been monitoring the case.

At the time of making the complaint public before the Council, the lobbyist emphasized that if the situation continues, some type of complicity on the part of the authorities could be demonstrated, for which she asked the mayor’s office to take immediate action:

“People are already tired, they don’t know what to do. There is no intervention by the District or the local mayor’s office. There may even be complicit inaction on the part of the authorities. That is why I ask the Government Secretariat and the Environment Secretariat to act immediately against these nightclubs in the middle of a residential neighborhood, turning it into a pink zone”.

Portraits of Bogotá: a story between palaces and cafés The Prosecutor’s Office signed a principle of opportunity with two involved in the case of Mario Castaño