Ajax’s headache files: rickety rearguard and worries under the bar 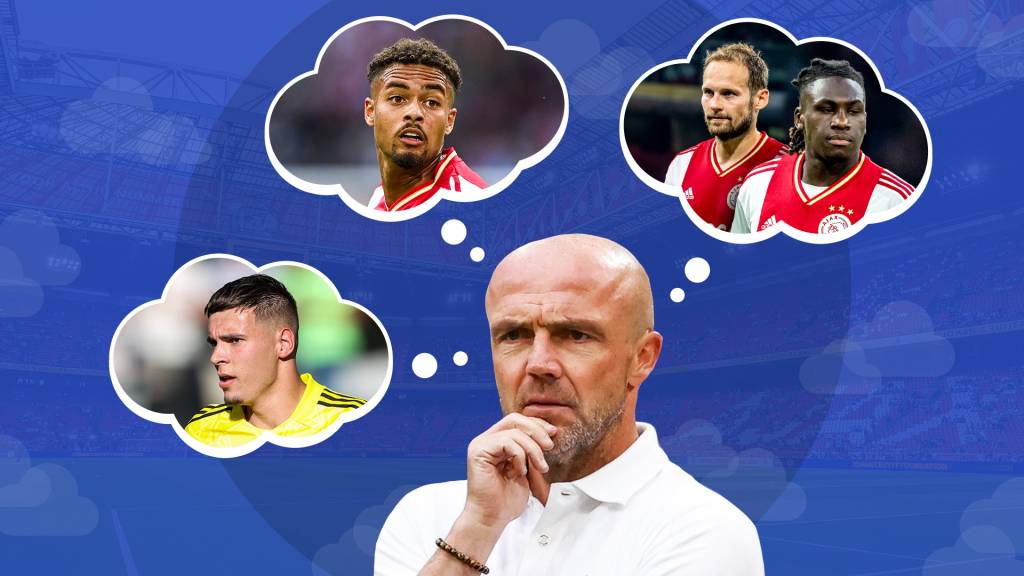 Ajax starts the hunt for the fourth national title in a row against Fortuna Sittard. A lot has changed in Amsterdam compared to the successful years and that brings with it uncertainties. The lost battle for the Johan Cruijff Scale against PSV (3-5) made it painfully clear that there is work to be done for Alfred Schreuder.

Ajax saw half the basic team and the trainer leave this summer. Noussair Mazraoui, Ryan Gravenberch, Sébastien Haller, Nicolás Tagliafico, Lisandro Martínez and Erik ten Hag have left Amsterdam. The technical duo Gerry Hamstra and Klaas-Jan Huntelaar, who have only just started, spent no less than 85 million euros on replacements.

Due to the investments, Ajax has done well in the front with all positions occupied double or even triple. Schreuder was rightly satisfied with the attacking game against PSV, but it looked rickety in the back. 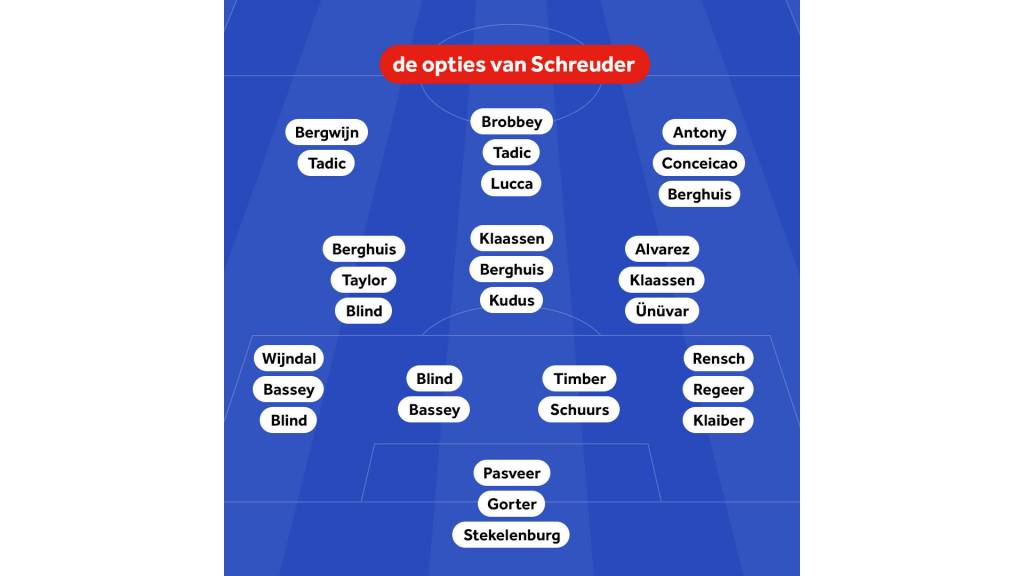 In that sense, the game continues from the tail of the previous season. Ajax eventually became national champion by hanging and strangling, especially in defensive terms. Schreuder analyzed the fifteen goals against in the last twelve matches and came to an important conclusion.

“Sometimes there is something in it that is too easy, I also told them that. We have to improve that quickly. That is certainly possible with this group.” But his selection apparently has a number of weaknesses.

First of all, the right back, a position that has invariably been filled by a player from the youth academy for the past decade. Gregory van der Wiel, Kenny Tete, Ricardo van Rhijn, Sergiño Dest and Mazraoui; they were all formed at De Toekomst after which they grew into basic players in the first.

This season it is Devyne Rensch’s turn. The nineteen-year-old talent had a lightning start at Ajax two years ago and was then even selected for the Orange squad. Last season, however, he had to make do with a reserve role and when he came inside the lines, he failed to convince. 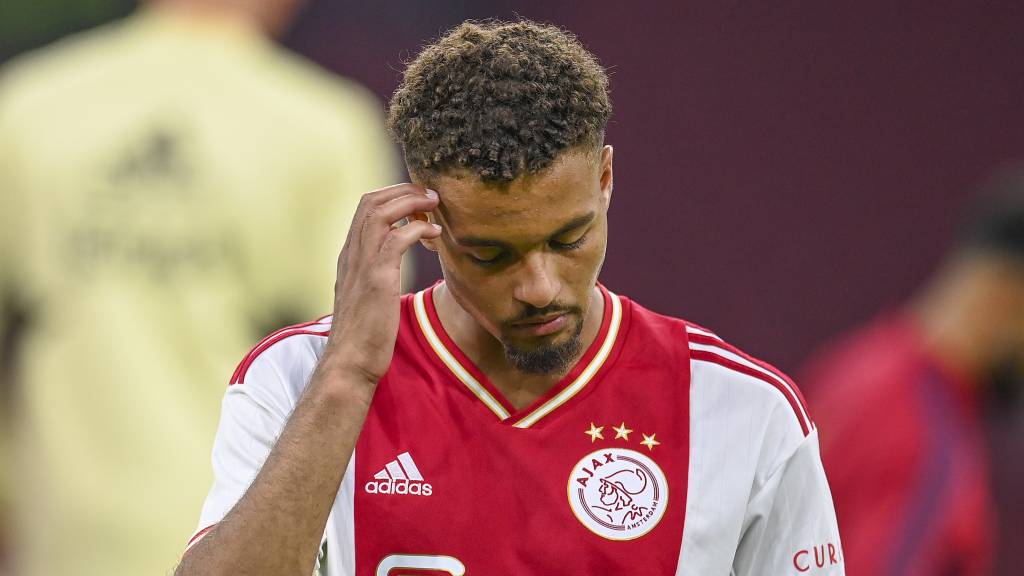 A disappointed Devyne Rensch after the lost match against PSV

Despite this, Schreuder expressed every confidence in him in the preparation. “I certainly dare to do it with him. If he stays fit, he has a lot of potential. He still has to make steps, but Mazraoui also had problems in the beginning.”

His direct duel with Cody Gakpo last Saturday in the Johan Cruijff Scale underlined the last words of his trainer. The right back had a very difficult time against the left winger of PSV. Rensch was more than satisfied with the ball, but he fell short defensively. He needed many fouls, lost the ball too often and failed to clear the cross a number of times.

With the alternatives Sean Klaiber and Youri Regeer, the wash is thin on the right back position. It is not for nothing that Ajax hopes to quickly present a new right back with the Mexican Jorge Sanchez (Club America), according to De Telegraaf.

Aggressiveness and dueling power in the back

Against PSV Ajax’s defense had no answer to the head power of Luuk de Jong and especially Guus Til. Afterwards, this was explained by the lack of length in the back, but on average Ajax has lost less than an inch in that regard compared to last year.

“Ajax has always had good defenders who were not the tallest. Think of Frank de Boer. With Calvin Bassey we also have a great player with length”, Schreuder parried last Saturday. 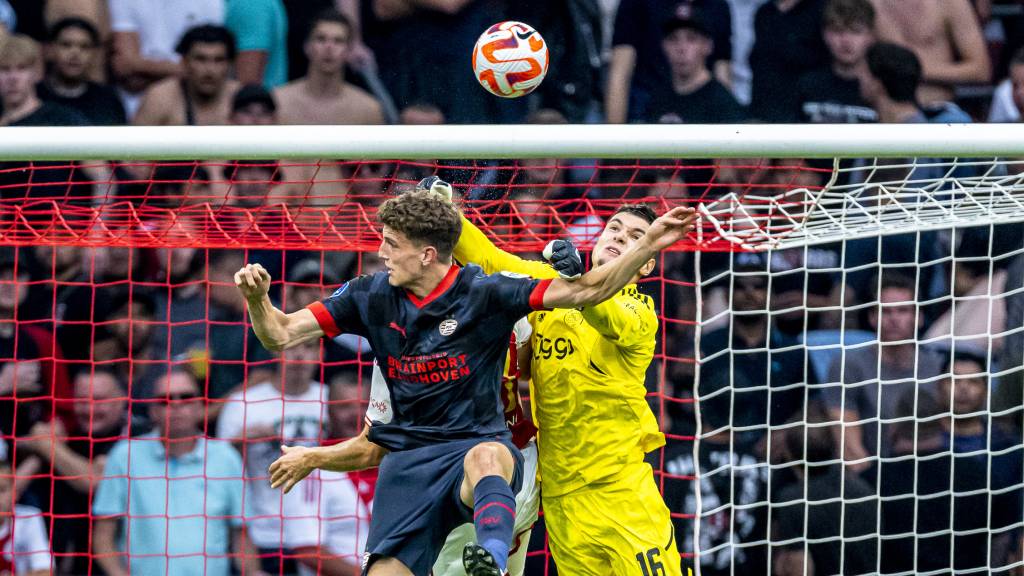 Guus Til beats Daley Blind and Jay Gorter in the air

What the trainer will be concerned about is the duel power and aggressiveness of his team. With the departure of Tagliafico and Martínez, Ajax has lost the necessary poison.

Ajax won only 36 percent of the personal duels against PSV, in the past ten years Ajax only achieved a lower percentage in 2019 against VVV-Venlo (32% at the time), calculated data agency Opta.

The team from Amsterdam also managed to win a historically low number of headers (18%). Where Martínez was the ideal addition to Jurriën Timber last season with his dueling power and aggressiveness, Blind complements his companion in the central defense less. 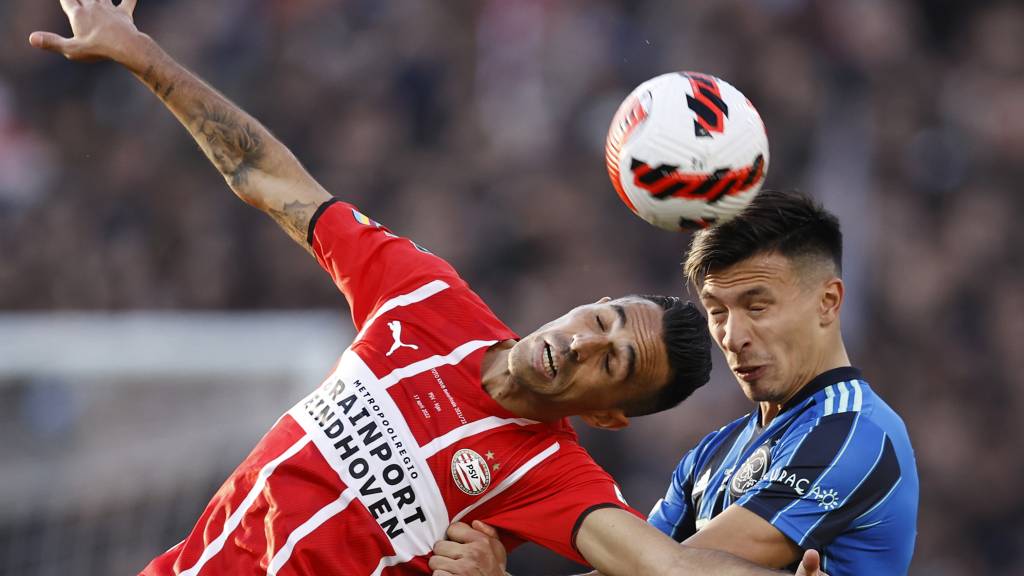 Ajax must miss the duel power of Martínez this season

Bassey, the 23 million purchase that should fill Martínez’s gap, came in against PSV, but had an unfortunate debut with a totally unnecessary red card. Schreuder will probably position Bassey next to Timber after his suspension, but the Nigerian-English defender is no guarantee of success either.

Where Ajax can easily absorb injuries and suspensions in the front, the choices in the center back are few. In the case of an injury to Timber, for example, Ajax has to fall back on Perr Schuurs, who has never been able to convince in Amsterdam. It will undoubtedly give Schreuder the necessary headache.

At the training camp in De Lutte, Schreuder was clear about last season’s goalkeeper malheur at Ajax. The fact that the written-off Andre Onana was forced to be under the bar again (and did not live up to it) was mainly due to bad luck.

Alfred Schreuder discussed the goalkeeper issue at Ajax at the press conference in De Lutte at the beginning of July. 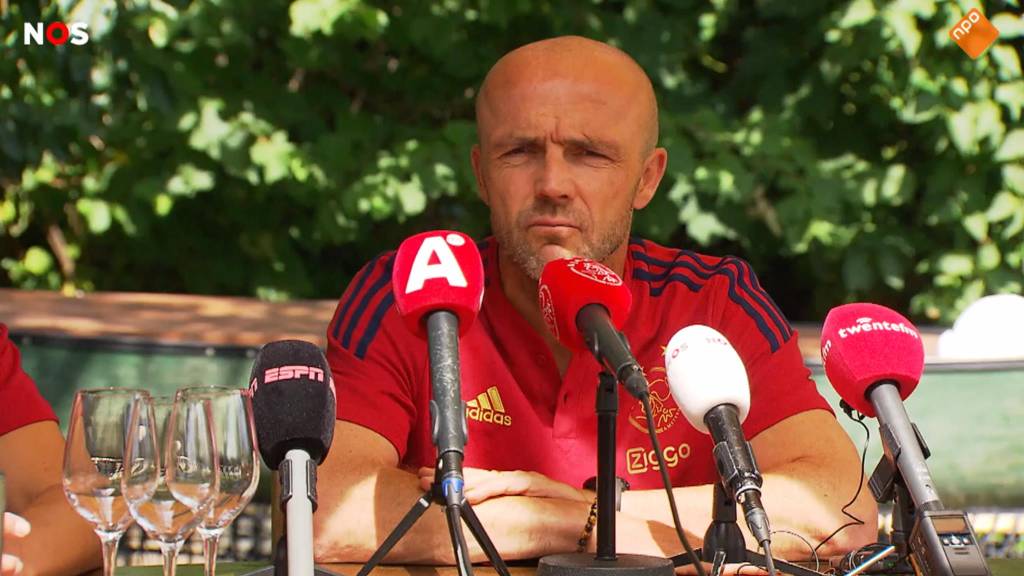 Ajax therefore did not look for a new goalkeeper. The inexperienced Jay Gorter and the ‘oldies’ Maarten Stekelenburg and Remko Pasveer now have to fight together who will be the first goalkeeper in Amsterdam.

The match against PSV made it clear once again that it is a risk to start the season with these three. Against PSV, Schreuder opted for Gorter in the starting line-up, but he went under the ball in Til’s 1-2 and Gakpo made a flashy mistake in the 2-3.

Schreuder had already indicated in advance that the choice for Gorter does not mean that he will remain the first goalkeeper for the time being. The trainer said afterwards that Gorter would not just drop, but the weak performance will not help him in the competition.

The choice for Pasveer, who left a reliable impression last season before his injury, now seems a logical one since Maarten Stekelenburg is not yet match fit. But with two injury-prone goalkeepers of almost 40 and the inexperienced Gorter, the position under the bar remains an Achilles heel for Ajax.

Fortuna Sittard-Ajax at the NOS

Fortuna Sittard-Ajax starts on Saturday at 4.30 pm. You can stay informed of the most important developments via the live blog on NOS.nl and in the NOS app. The duel can also be followed via flashes in Langs de Lijn on NPO Radio 1.

A short summary can be seen immediately afterwards on NOS.nl and in the app. A more extensive version will follow in Studio Sport on NPO 1 (22.55).