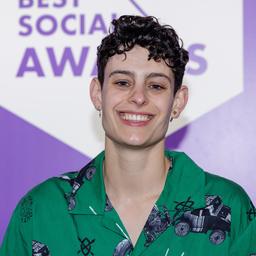 Actor Thorn de Vries is this year’s winner of the AVROTROS Pride Award. De Vries identifies as non-binary and received the prize from jury member Jeangu Macrooy prior to the Canal Parade.

The public broadcaster AVROTROS awards the prize every year to people who have made a special contribution to the LGBTIQ+ community.

The jury calls De Vries an “icon” that is visible on various platforms. “In the youth series SpangaS, as co-host of the podcast Couple Goals and as author of the book FAQ Gender.”

The broadcaster admires De Vries’ mission to educate people about gender identity. “Thorn does this with guts, daring and an infectious openness. That is admirable, because that takes courage,” says the jury report. “Thorn is a shining example for the new generation.”

The 27-year-old De Vries was in the news last month when it became known that he had applied for an X as a gender designation in the passport.