6 fantasy sagas to discover: “Winning the War”, by JP. Jaworski 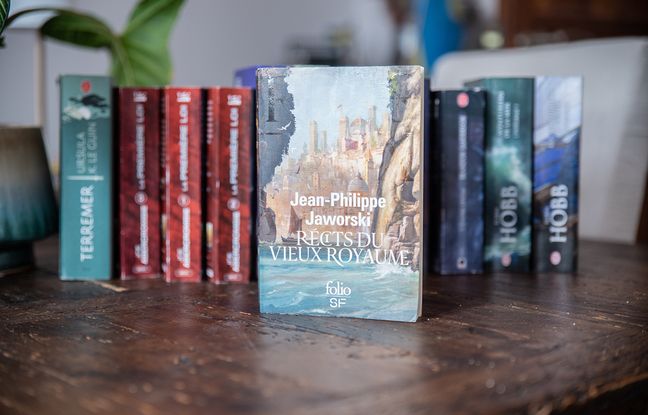 The saga that we present to you has two specificities. First, it is written by a Frenchman, Jean-Philippe Jaworski. As the success that The Witcher saga, written by the Polish Andrzej Sapkowski, has already demonstrated, fantasy is not the prerogative of the Anglo-Saxons. Let it be said: French fantasy is of high quality and Jaworski is one of its best representatives.

Then, unlike the other sagas in our summer fantasy series, Winning the War has only one volume – quite substantial, all the same, preceded by a short story in the Juana Vera collection. The two are brought together in the same book, entitled Tales from the Old Kingdom, published by Folio SF. The novel received the Imaginales prize for the best French-language novel in 2009. There is a comic book adaptation, signed Frédéric Genêt, published by Le Lombard editions.

What does it say?

In a universe that evokes the Roman Empire, Benvenuto Gesufal is an assassin and spy in the service of the Podesta of the Republic of Ciudalia, Leonide Ducatore, to whom Machiavelli would pass for a Care Bear. The latter entrusts him with a high-risk mission. As in Robin Hobb’s The Royal Assassin, the story is told in the first person – from Benvenuto’s point of view. The comparison stops there: the henchman of the podesta does not have the nobility of heart and the cases of conscience of Fitz. He’s tough, real, violent, racist, mysogynistic and you can go on. But the dirtiest in history is not necessarily the one we believe.

In its extreme violence and humor, Winning the War resembles The First Law, which we covered this week. With the flamboyant and precise style of Jaworski in addition. On the political intrigue side, we lean more towards Game of Thrones.

There are powerful wizards and elves in Winning the War, but magic is relatively secondary to the plot.

Is it adaptable to the screen?

Sure. Who doesn’t like watching a movie or a series with a cynical and cunning killer, who spends his time killing or getting beaten up in the service of a cynical and corrupt magistrate? That aside, Benvenuto’s adventures are highly telegenic, especially this fantastic chase across the rooftops of Ciudalia.

La Tinka: these are the winners of the draw for August 17

Start of Serbia-Kosovo talks under the aegis of the EU, amid tensions

Ukraine: Zelensky calls on the UN to “ensure the safety” of the Zaporizhia nuclear power plant