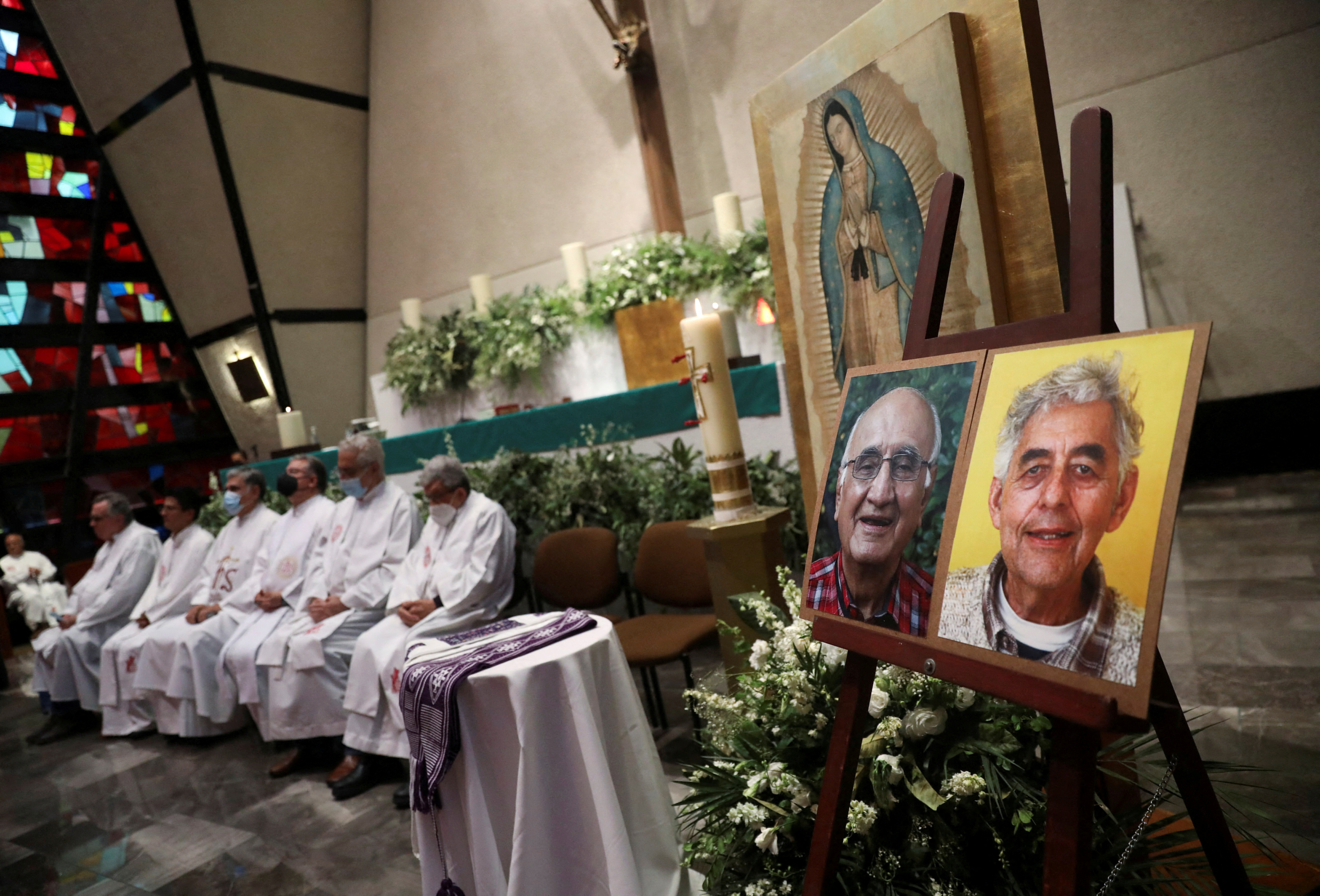 Jesuit priests celebrate a mass next to the photos of Javier Campos and Joaquín Mora, killed by “El Chueco” (Photo: Reuters)

A group of congressmen from the United States demanded that President Joe Biden demand justice from the Mexican government for the murder of two Jesuit priests in a mountain community in the state of Chihuahua, on June 20.

Through a missive sent this Thursday to the president, 24 congressmen, both from the Republican and Democratic parties, considered it essential to work together with the Mexican authorities to put an end “to the crisis of violence that plagues the Mexican people.”

And it is that they assure that given the impunity that prevails in much of the country, it is impossible to guarantee that José Noriel Portillo Gil will be held accountable the crook, leader of the criminal group “Gente Nueva”, and who is accused of cold-bloodedly murdering priests Javier Campos and Joaquín Mora in the municipality of Urique.

“This tragedy is emblematic of the unbridled violence that plagues many regions of Mexico and has a devastating humanitarian cost for the Mexican people. We write to urge your administration to work closely with the Mexican government to ensure prompt and full justice for these murders and encourage the implementation of policies to end the cycle of violence.” 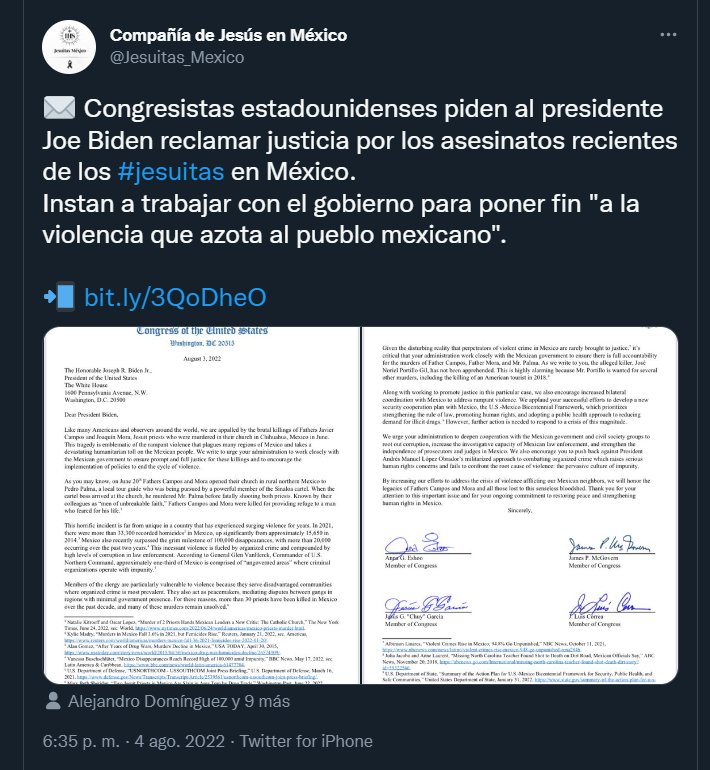 “The alleged murderer, José Noriel Portillo Gil, has not been arrested. This is very alarming because Mr. Portillo is wanted for several other murders, including the murder of an American tourist in 2018.

The legislators pointed out that what happened is far from being an isolated case, since in 2021 there were more than 33,300 homicides in Mexico, a significant increase compared to the approximately 15,650 in 2014, according to their figures.

In their statement, they also urged Biden to reject President Andrés Manuel López Obrador’s “militarized” approach to organized crime, as it “raises serious human rights concerns and fails to address the root cause of violence: the pervasive culture of violence.” impunity”.

Among the signatories are Democrats Jesús “Chuy” García, born in the state of Durango, Jim McGovern and Lou Correa. 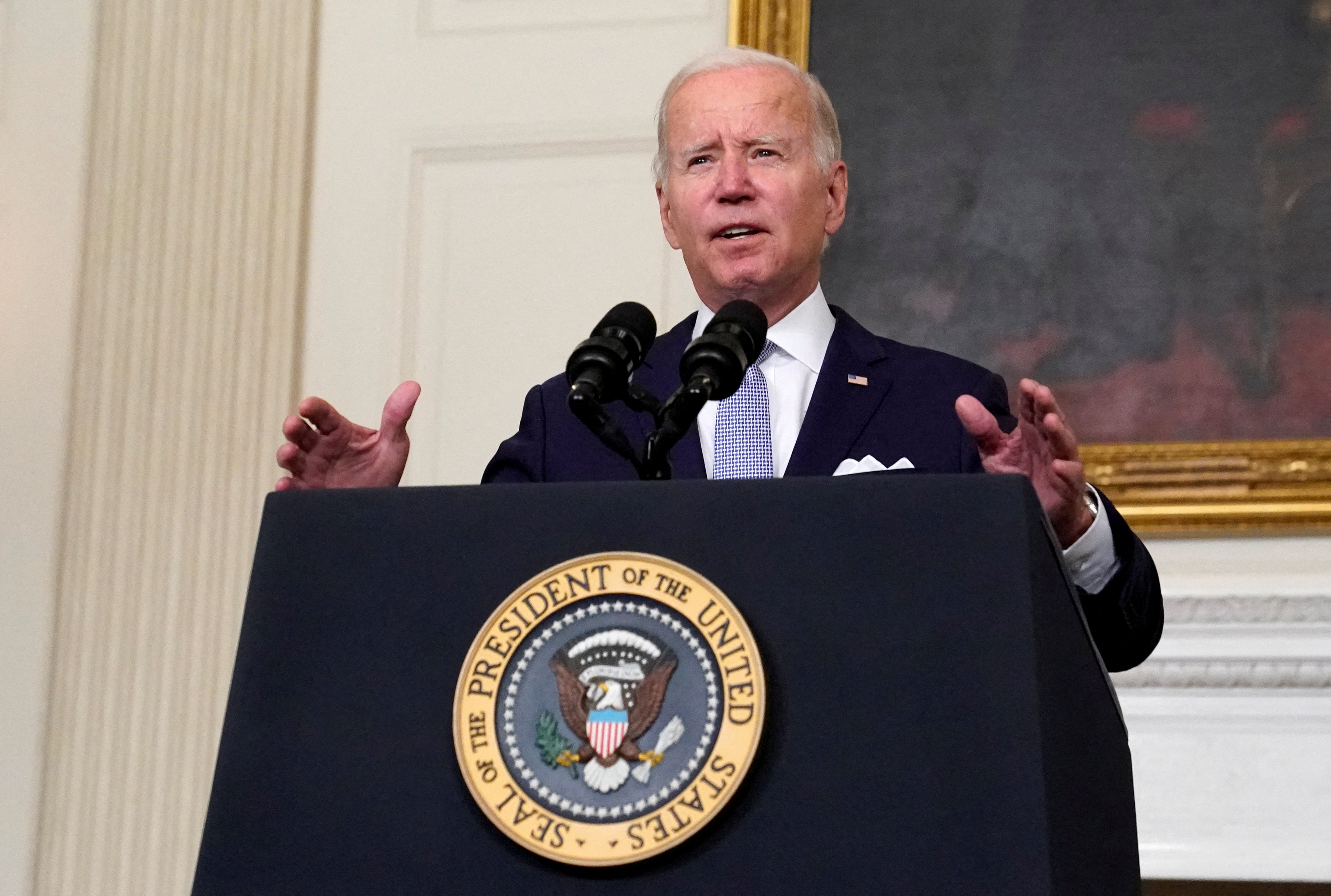 It is worth mentioning that on June 22, the head of the Chihuahua State Attorney General’s Office, Roberto Fierro Duarte, did not rule out the possibility of requesting help from the United States authorities to capture The Chuco.

“It is an issue that should lead us to capture, and if we need collaboration at the time, then we will request it through the necessary diplomatic means and channels”

However, he said that they are working in coordination with federal and state agencies to guarantee the safety of the residents of Urique.

According to the investigations of the ministerial authority, the crook, who is the armed wing of the Sinaloa Cartel, arrived on the afternoon of June 20 at a hotel in the Cerocahui community and after interacting with Pedro Eliodoro, a tour guide, deprived him of his freedom. However, the victim managed to escape until he arrived at the church, where the priests Javier and Joaquín helped him. 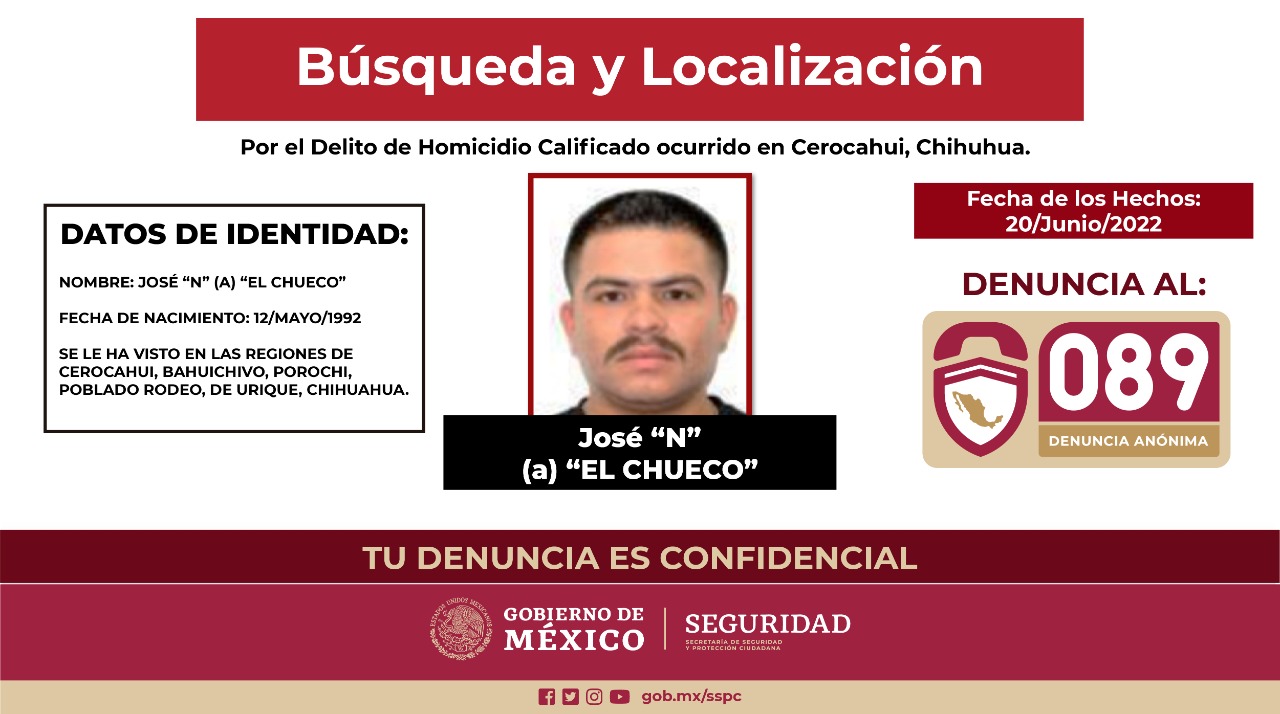 Due to the above, the criminal leader decided to kill them and take their bodies in the box of a truck.

The Chihuahua Prosecutor’s Office offered a reward of up to 5 million pesos to whoever provides information leading to the apprehension of José Noriel Portillo Gil. This is the highest reward that has been promised in the border entity.

Who is the alleged compadre of “Mayo” Zambada who dined with AMLO and businessmen at the National Palace? they put their lives at risk