Pedro Castillo: Advisor to the technical cabinet of the presidency resigns from his position 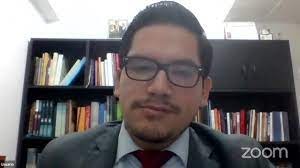 The resignations continue from the Government Palace; this time it is Eder Viton Burga who, since August 21 of last year, has been serving as advisor to the technical office of the Presidency of the Republic.

This last August 4, through a statement released by Latina Noticias, the resignation of Viton Burga was announced, after the first of this month, the Public Ministry announced that the preliminary investigation that follows President Pedro Castillo for criminal organization, the adviser of the technical cabinet and Beder Camacho will be incorporated as investigated.

“For personal reasons, I present my resignation from the position of Technical Advisor of the Technical Office of the Presidency of the Republic. I thank him for his trust and I wish him much success in his management”. 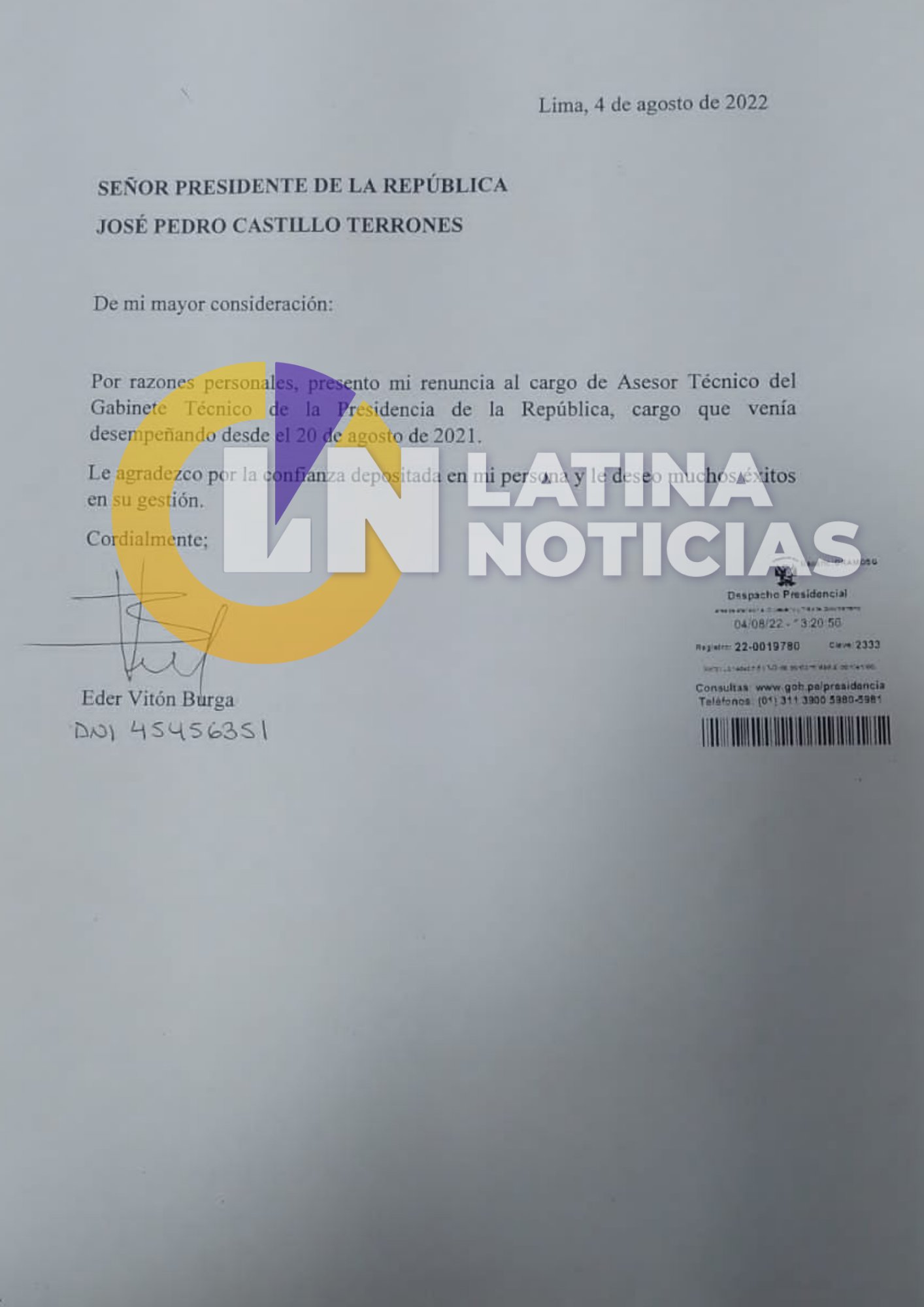 Viton would not be the only official who would be moving away from the executive; Salatiel Marrufo Alcántara also announced his irrevocable resignation from the position of chief adviser to the Ministry of Housing, Construction and Sanitation.

Marrufo does the same as Viton, and through a statement he addressed the minister of said ministerial portfolio, explaining that for personal reasons he was leaving the position of head of the advisory cabinet. 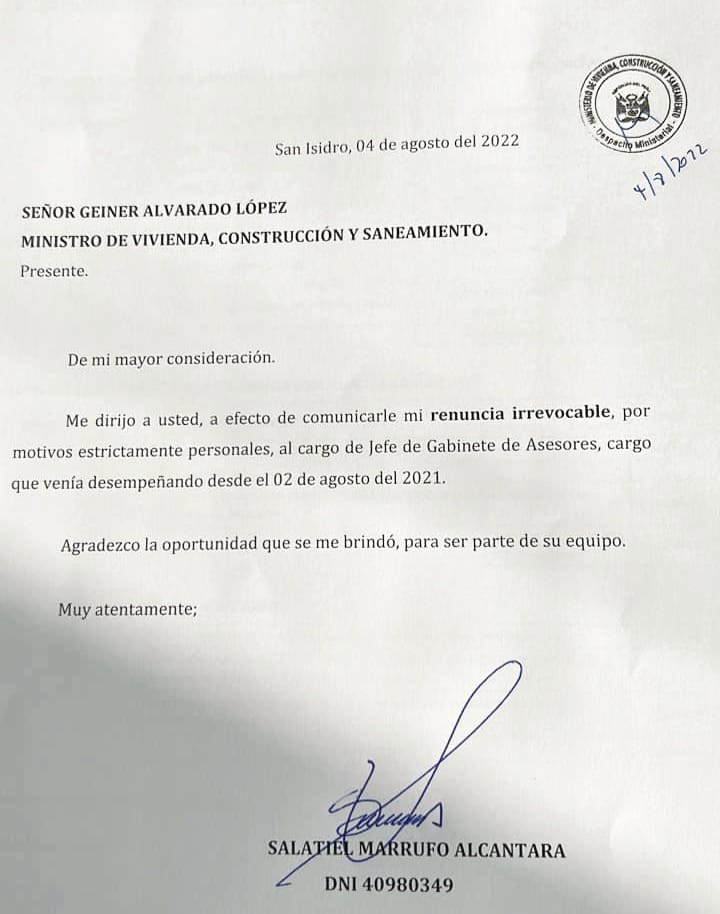 All this occurs after it was revealed that Marrufo Alcántara had visited -according to the record of income to Pizarro’s house- at least 6 times the Government Palace to meet with the head of state, Pedro Castillo.

Opposition congressmen satisfied with denying Pedro Castillo permission to travel to ColombiaVladimir Cerrón considered that Congress denied Pedro Castillo’s trip to Colombia because Gustavo Petro “is from the left”Pedro Castillo will exercise his right to remain silent before the Prosecutor’s Office, is it a strategy favorable law?