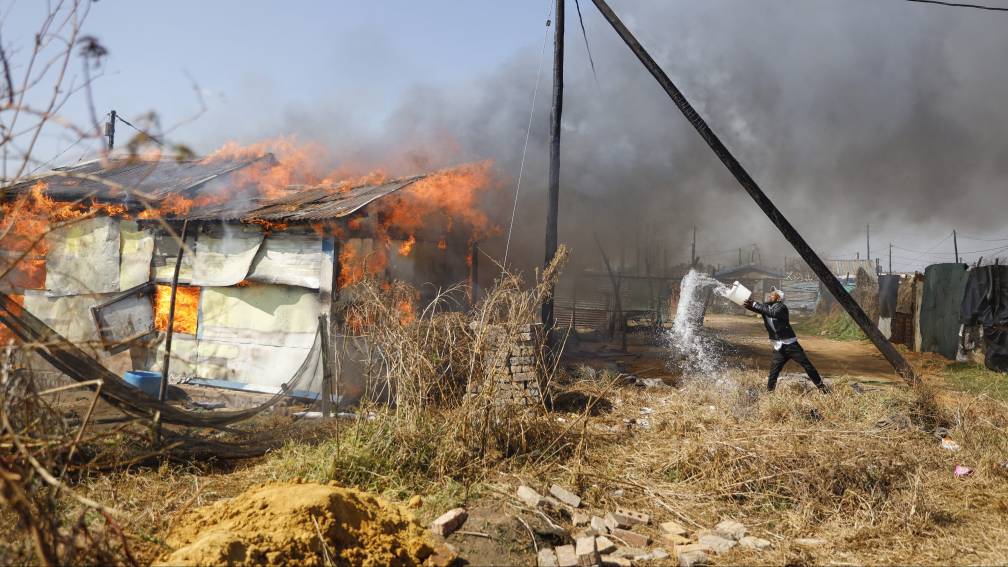 South African citizens in several townships west of Johannesburg have risen up against illegal miners. The immediate cause is a gang rape last week, but tensions between residents and miners have been going on for much longer.

Tens of thousands of men illegally dig underground for scraps of gold in South Africa. But above ground, according to citizens, some of them are responsible for a lot of crime.

Near Johannesburg are many abandoned mine galleries where mining companies once operated. These are now the grounds of what they call zama zamas in South Africa, illegal miners. Zama zama is Zulu for “take a chance” or “try your luck.”

One of those places is West Village, about a 45-minute drive from Johannesburg. In the fields immediately next to the mining town are several holes into which the miners descend. There are regular gunfights in this area in the battle for territory between what they call ‘syndicates’: gangs that control the mines and buy the gold from the zama zamas.

In the town you see men everywhere covered in mining dust. The local residents say they are afraid of them. They would not only dig for gold but also be responsible for burglaries and robberies. Women do not dare to go out on the street in the dark. The neighborhood imposed a curfew on itself. For years there has been a cry from this town that the police must intervene.

The police are here now and there have been several police actions in the area over the past week to deal with illegal miners. Much too late, residents say. Because the cause is a heinous crime.

More than a week ago, eight women in the area, who police say were part of a squad filming a video clip in the area, were robbed and raped by gunmen. The alleged perpetrators are illegal miners. More than 130 have already been arrested.

Most have been arrested because they have no papers. Many of the miners from this area are not from South Africa, but from Lesotho, Zimbabwe and Mozambique, among others. It must also be determined via DNA tests whether the perpetrators of the horrific rapes are included, the police say.

Furious township residents took to the streets yesterday, like here in Kagiso

Meanwhile, the police have their hands full not only dealing with the miners, but also dealing with angry citizens. Protests against the zama zamas took place in several townships west of Johannesburg today.

Yesterday, a protest in the township of Kagiso sparked a violent clash with police after South Africans went to court and rounded up, stripped and beaten a group of miners. The police rescued the group from the angry citizens.

The fear is that unrest will spread and that violence will be directed towards migrants in more townships. Unemployment in South Africa is high and migrants have previously been scapegoated for South Africans in poor neighborhoods.

Meanwhile, there is also little confidence in Police Minister Bheki Cele. He is under fire after statements this week on the largest commercial South African TV channel. There, he said a 19-year-old victim had been “sort of lucky” because she had been raped only once while another woman had been raped ten times. The opposition party DA demands his departure.

Earlier we made this video about the illegal gold rush:

Into the dangerous depths: these are South Africa’s illegal mines

Conacyt: They report that the “Patria” vaccine is in the last phase

In Italy, the endless fall of the 5-Star Movement, undermined by defections