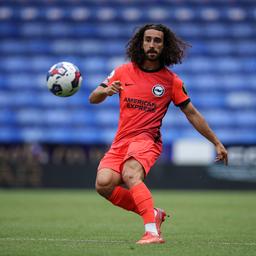 Left back Marc Cucurella makes the switch from Brighton & Hove Albion to Chelsea. According to various English media, the London club pays an amount that can amount to a maximum of 75 million euros. The defender has signed for six years at Stamford Bridge.

The 24-year-old Cucurella only played for Brighton since last summer, which Getafe paid 18 million euros at the time.

Chelsea have already made some big purchases in recent weeks. Raheem Sterling (Manchester City), Kalidou Koulibaly (Napoli) and Carney Chukwuemeka (Aston Villa) have joined the club, among others. Chelsea would also be interested in Frenkie de Jong of FC Barcelona.

The London club officially came into the hands of Todd Boehly at the end of May, who succeeded Roman Abramovich. The Russian was forced to sell Chelsea after the British government had frozen his assets because of the war in Ukraine.