What watch on the wrist for swimming and diving without drowning it?

Tick, tock, tick, tock… vacation time has come. In your suitcase, your high-tech panoply is complete: smartphone, computer, tablet, mobile speaker, e-reader, not to mention your latest connected watch that doesn’t leave your wrist. But when it’s time to dive, will the latter be able to accompany you to familiarize yourself with the moray eels, as in the film The Big Blue? “20 Minutes” reminds you of what you need to know before getting wet.

This summer, Fabrice has decided to assume the tan mark that his connected watch will leave on his wrist! Sportsman, he intends not to leave his tocante during his holidays and to use the smallest functions to quantify his efforts, record his routes thanks to the GPS, measure the elevation differences with the on-board altimeter, or even return to his starting point. he gets lost while hiking. He also hopes to dive a little, he who has since last year acquired his precious “Level 2” which allows him to be autonomous up to minus 20 meters. His watch is waterproof up to 50 meters, Fabrice has room! 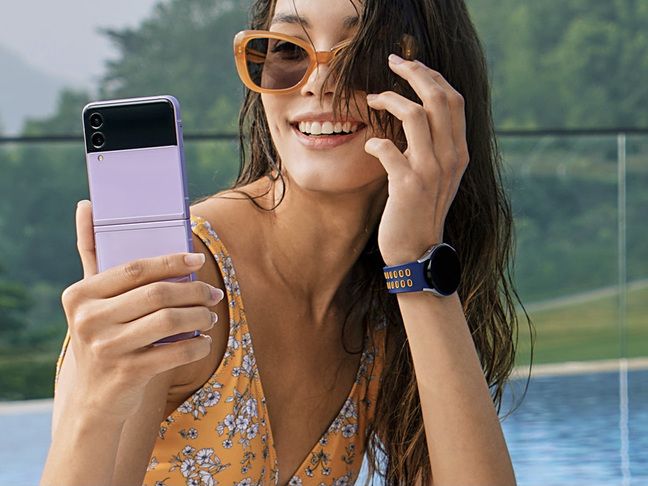 Most connected watches can take on water this summer, at the pool. – SAMSUNG

Please note, our vacationer is probably unaware that his connected watch is not a diver’s watch. In fact, a distinction is made between waterproof watches, waterproof watches and diving watches. And not all fulfill the same promises.

Only waterproof, they barely resist splashing water. Many have already experienced this: at the slightest immersion, a slight condensation may appear under the screen. While it’s okay for the watch to get wet while washing your hands, it can become more of a hassle if you dive into the pool with it. To be truly waterproof, a watch must meet a specific ISO standard.

5 or 10 ATM for connected watches

Most connected watches comply with the ISO 22810: 2010 standard. Behind these figures, one requirement: the water resistance of the watch, which is measured in ATM (for Atmosphere), is at level 5. It is also said that it can withstand a pressure of 5 bars. Thus, a Apple Watch Series 7a Samsung Galaxy Watch 4une Huawei Watch GT 3a Garmin Forerunner 255a Mi Watchor a Fitbit Sense 5 are all 5 ATM connected watches.

Tip: By multiplying the previous figure ATM by ten, we get the depth up to which the watch is supposed to resist. That is, here, 50 meters. Exception, the recent ScanWatch Horizon from Withings is 10 ATM. It is therefore supposed to be able to dive up to 100 meters. But that’s on paper.

If we read the instructions from Apple or Huawei on the subject, we can read that the watches concerned from the manufacturers “can be used for activities in shallow waters such as swimming in a pool or in open water”. In other words, you can swim with it, tease the sea urchins in the rocks weighted down with your mask, flippers and snorkel, but little more.

Worse: it is strongly recommended not to use a 5 ATM watch for somewhat violent water activities, such as water skiing, surfing, site surfing… which could have a disastrous impact on the watch. The pressure on the tocante in case of impact with water can indeed exceed the threshold authorized by 5 ATM… For its part, the site my-watchsite.fr is even categorical: no diving or speed water sports with a watch that is not at least 20 ATM! It’s a minimum. They are mainly found at G-Shock, but also Seiko, Certina… 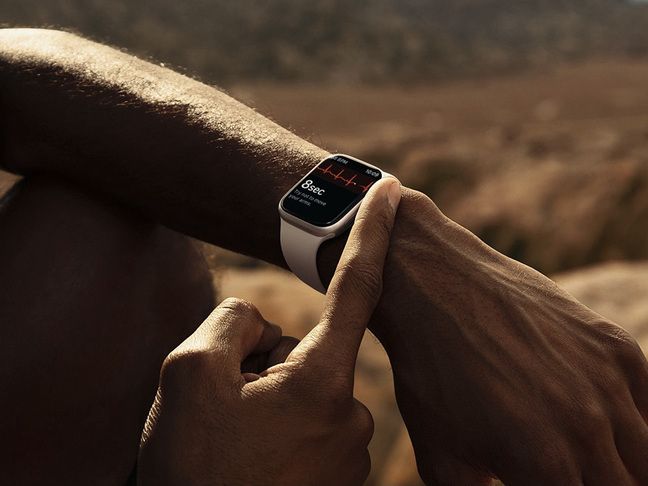 Fitness and health monitoring: one of the key functions of connected watches. – APPLE

No doubt Fabrice will be able to spend a few minutes with his connected watch during his little dives, but it is clearly not made for that. On the other hand, the tocante will be much more gifted in the pool, in particular to calculate the number of its lengths, its heart rate, its swimming time, etc.

To sink deeper under the waves, he will have to equip himself with a real diver’s watch. Complying with the EN13319 standard, it will have a depth gauge function that will allow it to measure the depth of the water using environmental pressure. These are professional tools whose resistance will range from 20 ATM for sports swimming or scuba diving, to 30 ATM or more for diving or scuba diving.