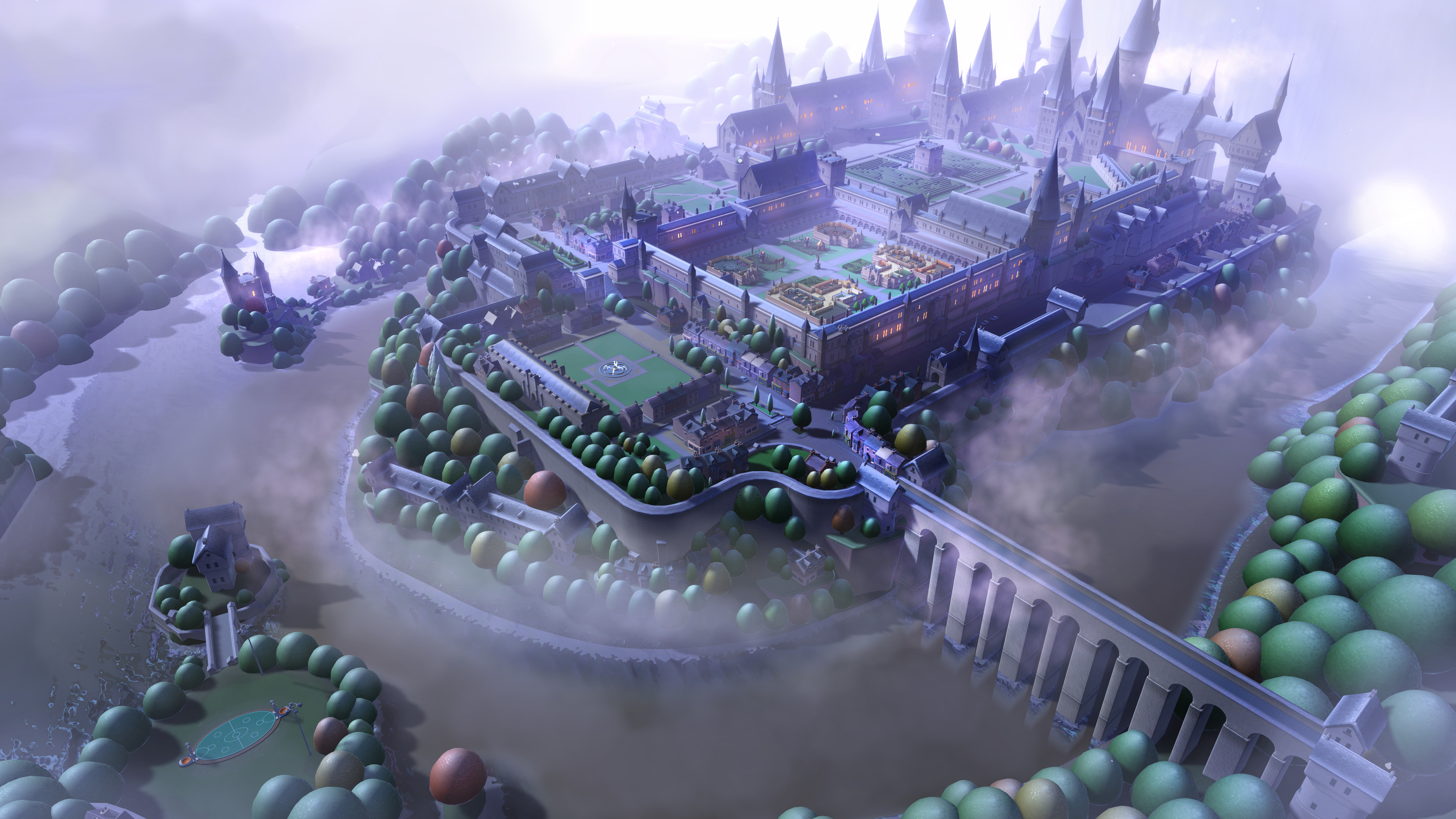 One is still in the middle of a study, the other looks back to the student days with nostalgia. It is a period that everyone has a link with, but not like in Two Point Campus, the new sim game from Two Point Studios.

As you could have read in the hands-on preview about two months ago, Two Point Studios already had the ambition to build a bigger world around it during the making of Two Point Hospital. Instead of making a simple sequel where we have to make a hospital again, this time we can get started with a university, a campus.

School, but not as we know

As we might expect, this is not a standard campus with classes like you and I know. Well, partly yes, but then heavily exaggerated in how absurd these are. What about a knight’s school, cooking, archaeology, spying, magic and much more, with the typical Two Point sauce over it. It may be a little less absurd than the creative hospital woes in Two Point Hospital, but no less fun for that.

It is up to you to guide the students through several academic years. You can make your school as extensive or as specialized as possible. If you want ten different types of lessons, but superficially, you can. If you prefer two lessons, but each with many more students, that is also possible. In addition, each lesson attracts a different type of student, such as goths, posho, class clowns, cyborgs and a number of others. Students can join a club, which gives them certain perks. Think of learning faster, walking or more energy. This gives yet another layer and strategy to use.

While playing the campaign you will come across new places every time. The level design is clearly based on existing franchises and themes. In Nobelstead, the knights take center stage, and you must fend off outside attacks with the janitors, while patching up injured students. If you are more interested in archaeology, you can unlock this in Pebberly Ruins where you will find unique artifacts during excavations.

In terms of design, I thought Spiffinmoore was great, a level clearly based on Hogwarts, where potions and dark arts are featured during the school year. Unfortunately, the students don’t get owl mail, but the animations are fun and original. As I just said, you unlock new lessons per level, which only increases the replayability. For example, you can find new things in previous levels when you let the students do excavations there.

In general, Two Point Campus is very accessible. Getting one star per level is doable, the challenge is more in getting the most out of your campus. A number of new features have been added to keep the gaming experience fresh, while still providing a familiar feel to experienced players.

In addition to the freedom to decide for yourself which courses the students take, this time you also have to deal with relationships. When students are not satisfied, they will learn less well. On the other hand, if they are provided with friends, parties, their own room and beautiful surroundings, they will do much better. Of course, you also need to train teachers, upgrade devices, have tutors to listen to and help your students, and more.

In that respect, Two Point Campus may seem like a simple sim game from a distance, but nothing could be further from the truth. If you want to keep everything under control and organize it, it’s best to keep some balls in the air. Are your teachers well trained, is everyone happy, is there enough money coming in, do the students have enough opportunities to learn.

There are also difficult scenarios to solve. Each level has different goals and therefore different things to watch out for. However, you cannot ignore the other aspects. It is striking that Two Point Campus is a very well-balanced game. To keep the scenarios fresh, Two Point Studios applies the same trick they did in Two Point Hospital. There you had a level where you could not earn money in the standard way. The same has now been done in “Upper Etching”, a level where your students learn performing arts and you earn money by increasing their academic level. This level has been the most difficult for me so far.

While playing you earn career goals. As with the previous Two Point game, you can earn kudosh, which you can spend on new cosmetics and other items to make your students happier. Only the true completionist would want to get all of these.

Two Point Campus plays familiar to the experienced hand, but brings enough innovations to keep the game fresh. You get all the freedom to build and organize your campus the way you want. You can place the outline of the main building yourself instead of being stuck to preset buildings. Between the years you can fine-tune things quietly, without time pressure, so that you start the new school year fresh. This is a very welcome feature and certainly necessary with everything that can be arranged.

With Two Point Campus, Two Point Studios is establishing a worthy successor to Two Point Hospital. The game is deeper than its predecessor, but has lost a little bit of the absurd humor as a result. Two Point Campus offers enough innovation and challenge for both new players and experienced Hospital players. Doctor, return to the hospital, please.