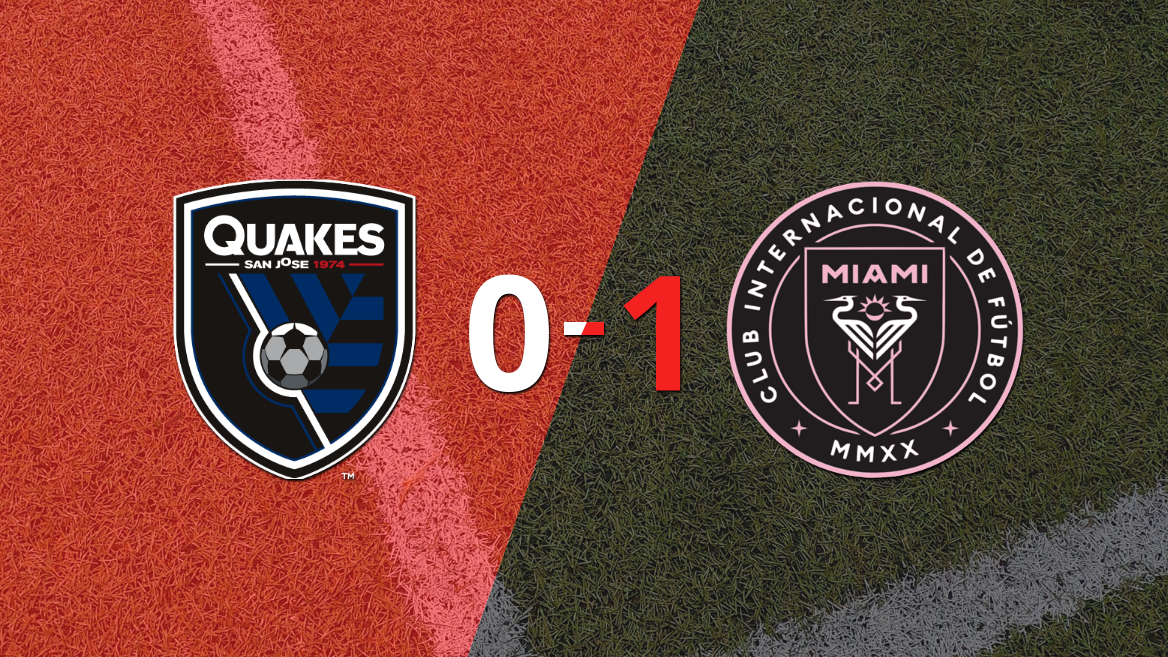 Inter Miami defeated SJ Earthquakes 1-0 at home in the match held this Wednesday at Avaya Stadium. The visit scored the only goal of the game 11 minutes into the first half, through Jean Mota. After an individual play on the left, the midfielder finished off the goal from the door of the area and dislodged the rival goalkeeper by nailing the ball in the left corner.

The San José Earthquakes shot many more times on goal than their rival (22 shots) but it was not enough to turn the result around and the visit took the victory.

The figure of the meeting was Jean Mota. The Inter Miami midfielder stood out against the San José Earthquakes as he scored 1 goal and kicked 2 times on goal.

On the other hand, Damion Lowe was key. The Inter Miami defender was important because he cleared 4 dangerous balls.

It was a closely contested match with fouls from both sides. There was only one card, in the 72nd minute of the second half, DeAndre Yedlin received a yellow card.

SJ Earthquakes coach Alex Covelo set up a 4-3-3 formation on the field with James Marcinkowski in goal; Tommy Thompson, Oskar Aegren, Nathan Cardoso and Tanner Beason on the defensive line; Jackson Yueill, Judson and Jamiro Monteiro in the middle; and Cristian Espinoza, Jeremy Ebobisse and Benji Kikanovic in attack.

For their part, those led by Phil Neville stood with a 5-3-2 strategy with Drake Callender under the three sticks; DeAndre Yedlin, Christopher McVey, Damion Lowe, Kieran Gibbs and Robert Taylor on defense; Gregore, Jean Mota and Alejandro Pozuelo in midfield; and Gonzalo Higuaín and Leonardo Campana up front.

The designated referee for the match was Mark Allatin.

SJ Earthquakes will visit Austin FC on the following day, while Inter Miami will visit CF Montréal at the Stade Saputo stadium.

SGP, VVD and CDA want to lay down defense spending in law

Why is the uninhabitable Venus important to scientists? | NOW