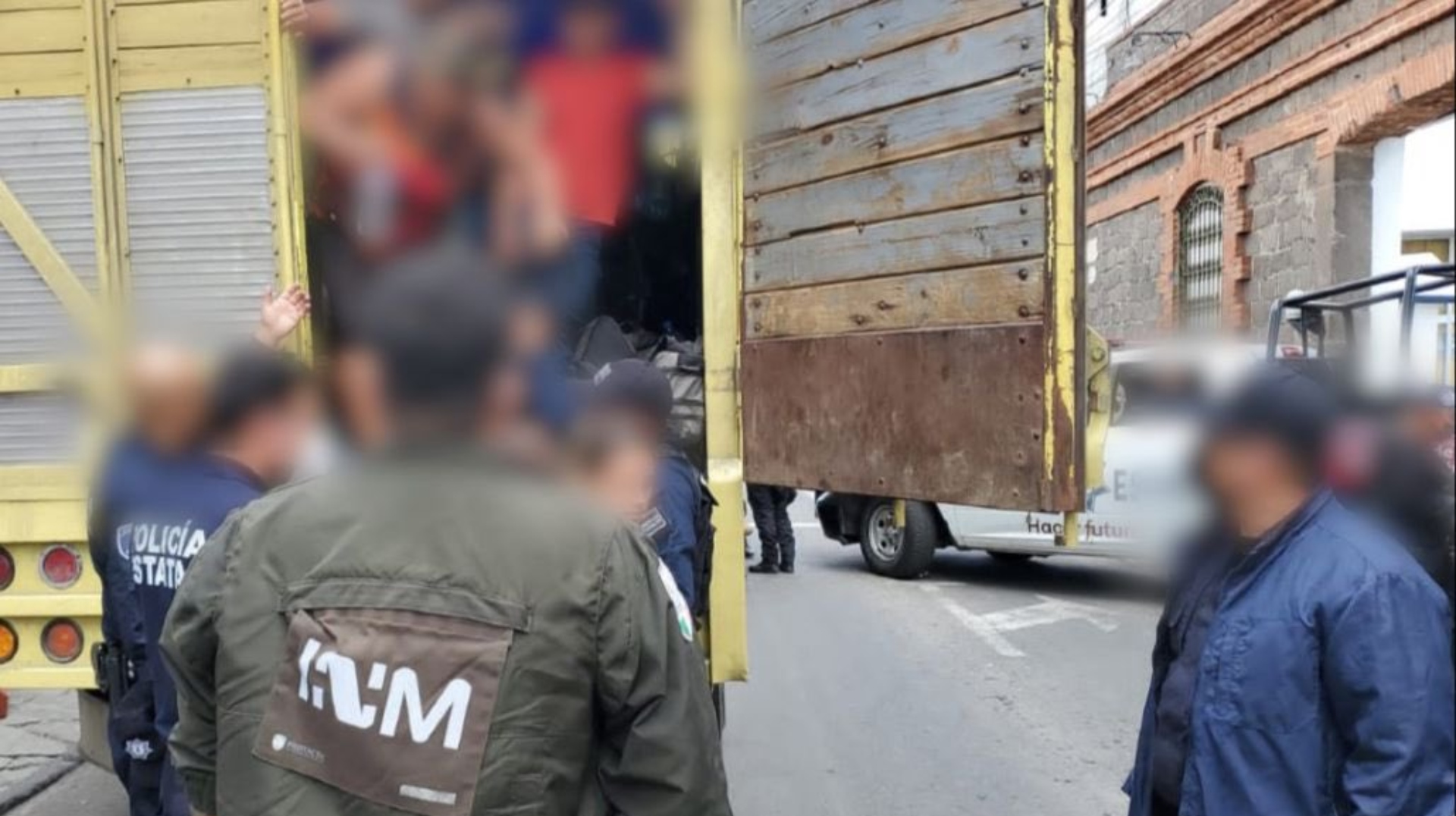 The authorities channeled the migrants to the INM facilities to provide them with water and food. (Photo: Twitter/@INAMI_mx)

In overcrowded conditions and aboard a Torton-type truck covered with a tarpaulin, this is how 116 migrants were transported who were rescued by personnel from the National Migration Institute (INM) this Wednesday, August 3, in Puebla.

During a migration verification operation on the Oaxaca-Izúcar de Matamoros International Highway, Federal Migration Agents (AFM) spotted the vehicle and carried out an inspection.

With the support of State Police officers, the INM agents removed the tarpaulin from the truck and opened the rear doors, where 73 men and 34 adult women were travelling, as well as six men and three minor women accompanied by relatives. 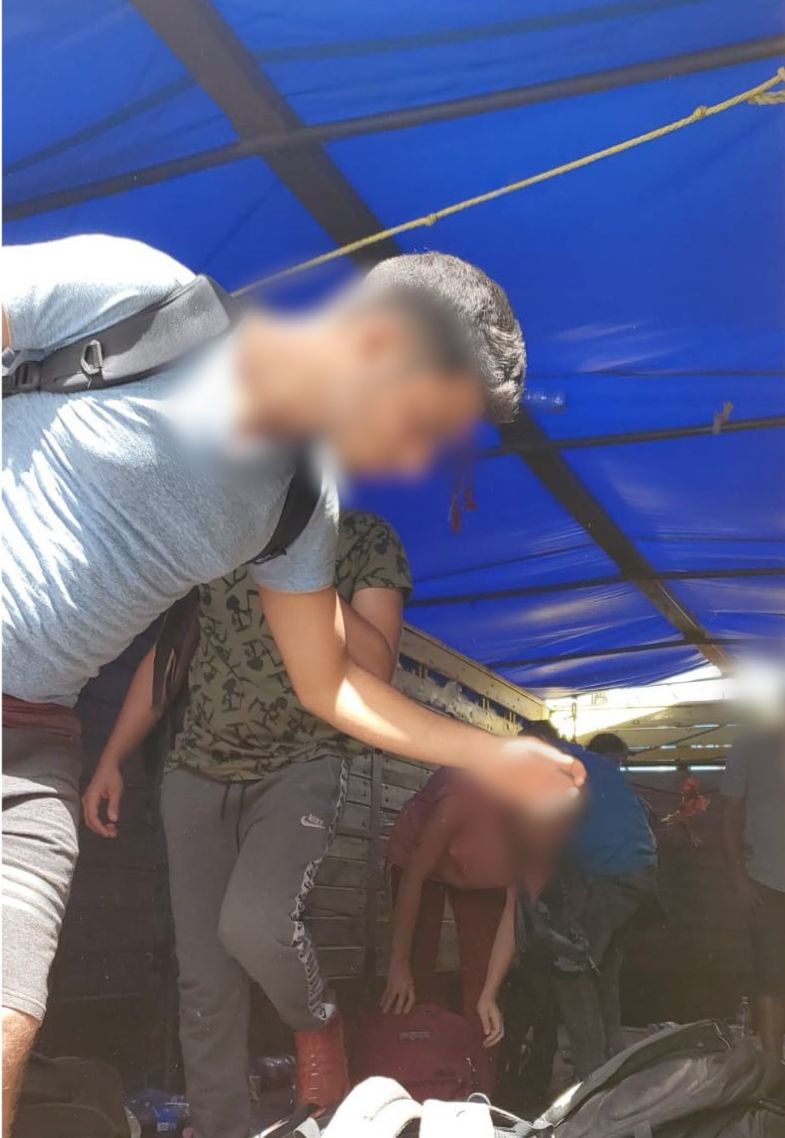 Of the 116 rescued migrants, nine are minors. (Photo: Twitter/@INAMI_mx)

As a result of the discovery, the immigration authorities coordinated activities to verify the health conditions of the migrants, of whom 91 came from Cuba, 16 from Nicaragua, 4 from El Salvador, 3 from Honduras, 1 from Venezuela and 1 from Panama. .

The INM officers transferred the rescued people to the Institute’s facilities to provide them with water, food and continue with the corresponding administrative processes, while the driver, his companion and the Torton truck remained at the disposal of the authorities.

Within the framework of the 32nd anniversary of the Beta Groups, the Institute highlighted its work in aid and rescue to migrants who are in circumstances that could put their lives at risk during their journeys to cross the border irregularly.

Rescue, location, rescue, humanitarian aid, legal advice and guidance are some of the activities carried out by these groups, whose presence has been notorious, mainly in the states of Baja California, Sonora, Chihuahua, Tamaulipas, Coahuila, Tabasco, Chiapas, Veracruz and Oaxaca. 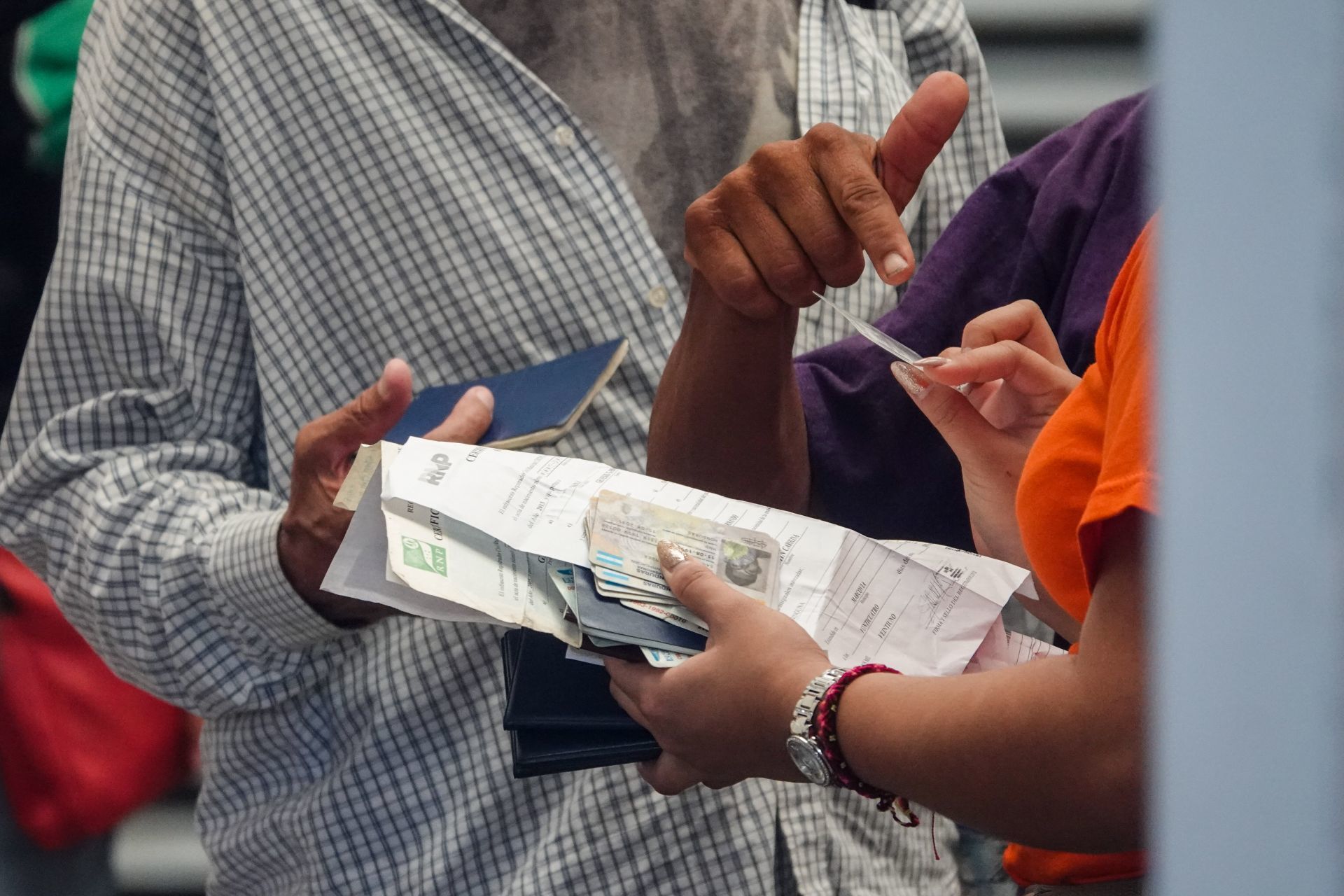 In these entities, from January 1 to July 31, 2022, the Beta Groups provided guidance to 90,920 national and foreign people.

Similarly, the Institute announced that in that same period a total of 1,131 migrants were rescued from some dangerous circumstance, such as the strong currents of the Rio Grande, dehydration due to abandonment of the so-called “polleros ” in the desert, or injuries to the body.

Likewise, 72 thousand 122 people received humanitarian aid from these groups, which includes actions such as transfer to hospitals and medical care units, as well as the delivery of water and food rations.

Recently, one of the operations that caused the greatest stir at the national level was the rescue of 225 foreign migrants who were hidden in a warehouse in the municipality of Jilotepec, in the State of Mexico (Edomex).

Around midnight on July 23, federal immigration agents responded to the call of the state and municipal police to confirm the discovery of a huge group of people who remained crowded together waiting to be transferred to the north of the country. 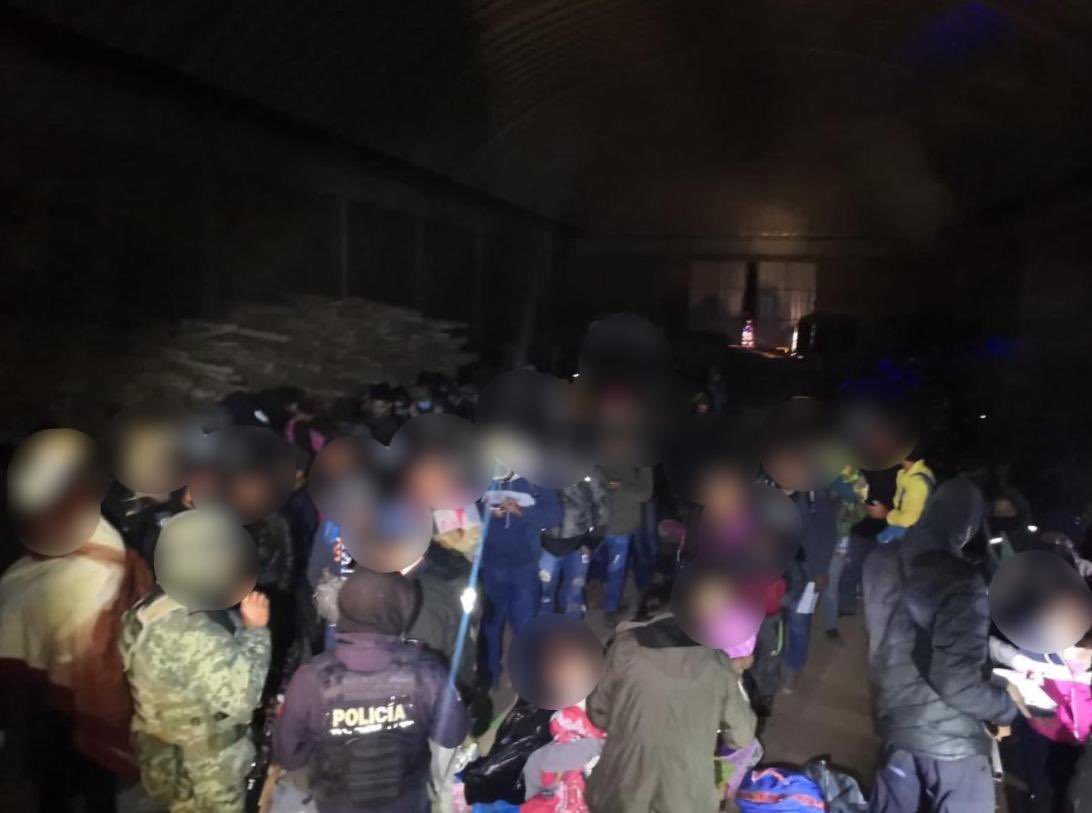 In coordination with agents from the National Guard (GN) and the Secretary of National Defense (Sedena), INM personnel managed to find out the origin of the rescued migrants.

As reported on July 24, 184 came from Guatemala, 14 from Honduras, 9 from Nicaragua, 5 from Cuba and 3 from El Salvador. All were channeled to INM facilities in the area to provide them with humanitarian aid and care.

On the other hand, two people of Mexican nationality and three vehicles insured in the aforementioned warehouse were made available to the State Attorney General’s Office (FGE).

Migrants who were intercepted in a warehouse in Edomex came from five countries4 thousand migrants settled in the customs of Huixtla, Chiapas and blocked the highway as a protestAt least 94 Central American migrants were rescued from an abandoned trailer in Veracruz