Foreigners in an irregular situation: Gérald Darmanin wants to “reinforce” the measures of “removal of individuals known for disturbing public order” 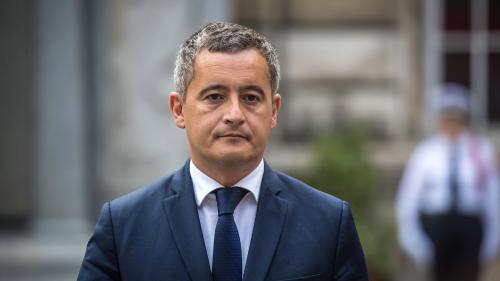 Gérald Darmanin wants to “reinforce” the measures of “removal” of foreigners in an irregular situation “known for disturbing public order”. In a note addressed to the prefects this Wednesday, which franceinfo was able to consult, the Minister of the Interior sets out the measures he intends to see applied to “respond to the ambitions” of Emmanuel Macron in terms of “fight against illegal immigration “.

>> Immigration: are the obligations to leave the territory hardly applied?

According to the minister’s letter, since July 2021, 2,815 foreigners in an irregular situation, leaving prison “or with a profile heavily evocative of risks of disturbing public order”, have been able to be removed. Among them, 920 were expelled for acts of aggression (homicide, rape, domestic violence or violence against agents of public authority), 701 for theft and burglary and 687 for drug trafficking. And for two years, 786 foreign individuals in an irregular situation presenting a risk of terrorist radicalization have been forcibly removed.

The Minister of the Interior calls for “strengthening the effectiveness of the chain of removal of individuals known to disturb public order”. In the document, he displays a “doctrine” with a “clear line: detention must be primarily intended for foreigners in an irregular situation (ESI) who are responsible for disturbing public order”.

He wants to prioritize the detention of foreigners in an irregular situation with a criminal record and release those without a record “in the event of a lack of available places”. This retention must be the rule “including when the removal does not seem to have been acquired on the day of the release of the prison sentence or the arrest”.

To achieve these objectives, the minister asks the prefects to “increase” retention capacities. “Capacity in administrative detention facilities must be developed by at least a third of that existing by the last quarter of 2022”

Gérald Darmanin wants house arrest to be used more. These assignments “however make it possible to characterize the risks of non-representation and therefore to ensure the legal certainty of placements in detention”, underlines the minister. “A missed check-in day” for an illegal delinquent “implies an immediate reaction from the internal security forces”.

Finally, the boss of Place Beauvau calls for the “personal involvement” of the prefects “in the management of this policy, as in the monitoring of procedures”.

The impact of these measures will be “soon reinforced by legislative developments”, adds the minister. In October, a major debate on immigration will take place in the National Assembly and the Senate, before the finalized bill is presented. Consideration of the immigration bill was to begin in the Senate in October. But it was postponed at the request of Matignon.