Farmer Anton received a visit from the prime minister: ‘He kept the cards to himself’ 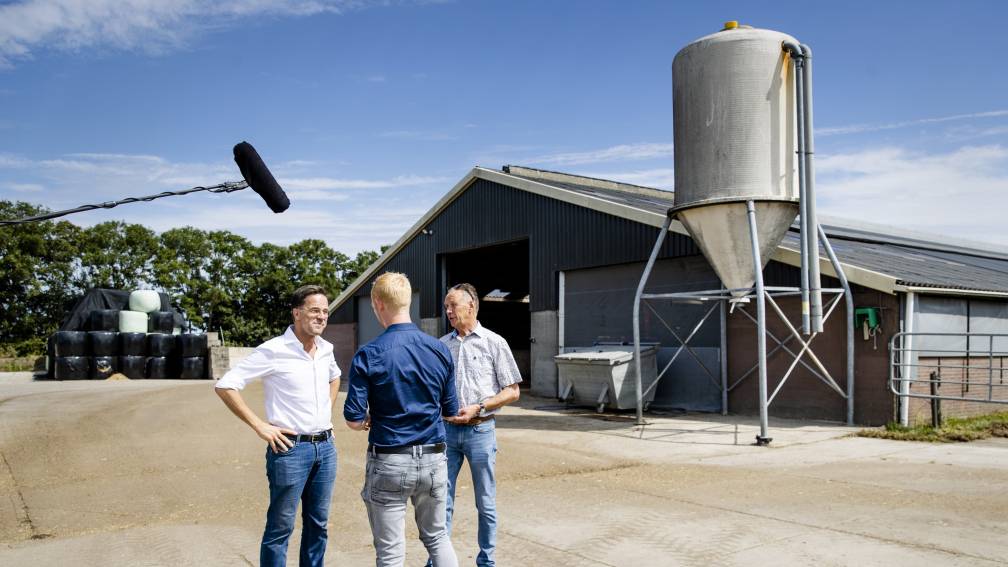 For the third time in a short time, Prime Minister Mark Rutte paid a visit to a farmer on Thursday, to be shown around his yard and to listen to his vision on the nitrogen problem. This time he traveled to Koudum in Friesland, where dairy farmer Anton Stokman has his business.

It is no coincidence that Rutte is doing this right now, because it is on the eve of the first talks with farmers’ representatives, led by mediator Johan Remkes.

But anyone who thinks that the prime minister came to the farmer to say something about those conversations is wrong. Just like the previous times, he said he came “to listen”. He made no promises about adjustments to the nitrogen plans, and he did not want to say anything about Friday’s talks.

Still, dairy farmer Stokman looks back on the afternoon with a good feeling, he tells Nieuwsuur. “He is an intelligent man, who keeps the cards to himself. But I think he has heard me and the other farmers who joined the conversation. He will undoubtedly take that information into account in the negotiations to come.”

In July, the Prime Minister already visited two livestock farms, in Leusden (Utrecht) and Kelpen-Oler (Limburg). According to political reporter Nynke de Zoeten, these are mainly PR moments. “Of course he does come to listen. But he also wants to show the Netherlands that he will deal with this issue as prime minister. That is also badly needed, because we have seen how badly things have gotten out of hand in recent weeks. walked.”

Farmer Stokman also explained to Rutte about the techniques in his stable:

“We discussed, among other things, the presentation of the plans and the nitrogen map that was used,” says Stokman. That card stated how much nitrogen reduction should be achieved per area, which caused a lot of unrest among farmers.

The prime minister seemed aware of it, Stokman says: “He retroactively called it ‘jerk.’ That’s The Hague for ‘not good’, I think.”

De Zoeten finds it striking that Rutte distances himself from the map. “That card has become a kind of symbol of ‘here in The Hague it is decided which companies have to disappear’. But the question now is, of course: if that card is taken off the table, will the plans and objectives also go down?”

De Zoeten does not think so: “The targets – a 50 percent nitrogen reduction – still stand. But the question now is how and when exactly? Something that is cautiously on the table is that the target may not have to be achieved in 2030, but in 2035. be as previously planned.”

She continues: “We have also heard that part of the cabinet has already discussed the conversation on Thursday, and that it was also about the way in which you measure how much nitrogen there is. Maybe there is some room for maneuver there. I do not expect that steps will already be taken there on Friday, but that more is being looked at: do we want to talk about that at all?”

Stokman also has no great expectations of the first talks. “I don’t expect miracles. You don’t have that much anyway. But I am very curious.”

The server is temporarily unable to service your request due to maintenance downtime or capacity problems. Please try again later.

Additionally, a 503 Service Unavailable error was encountered while trying to use an ErrorDocument to handle the request.